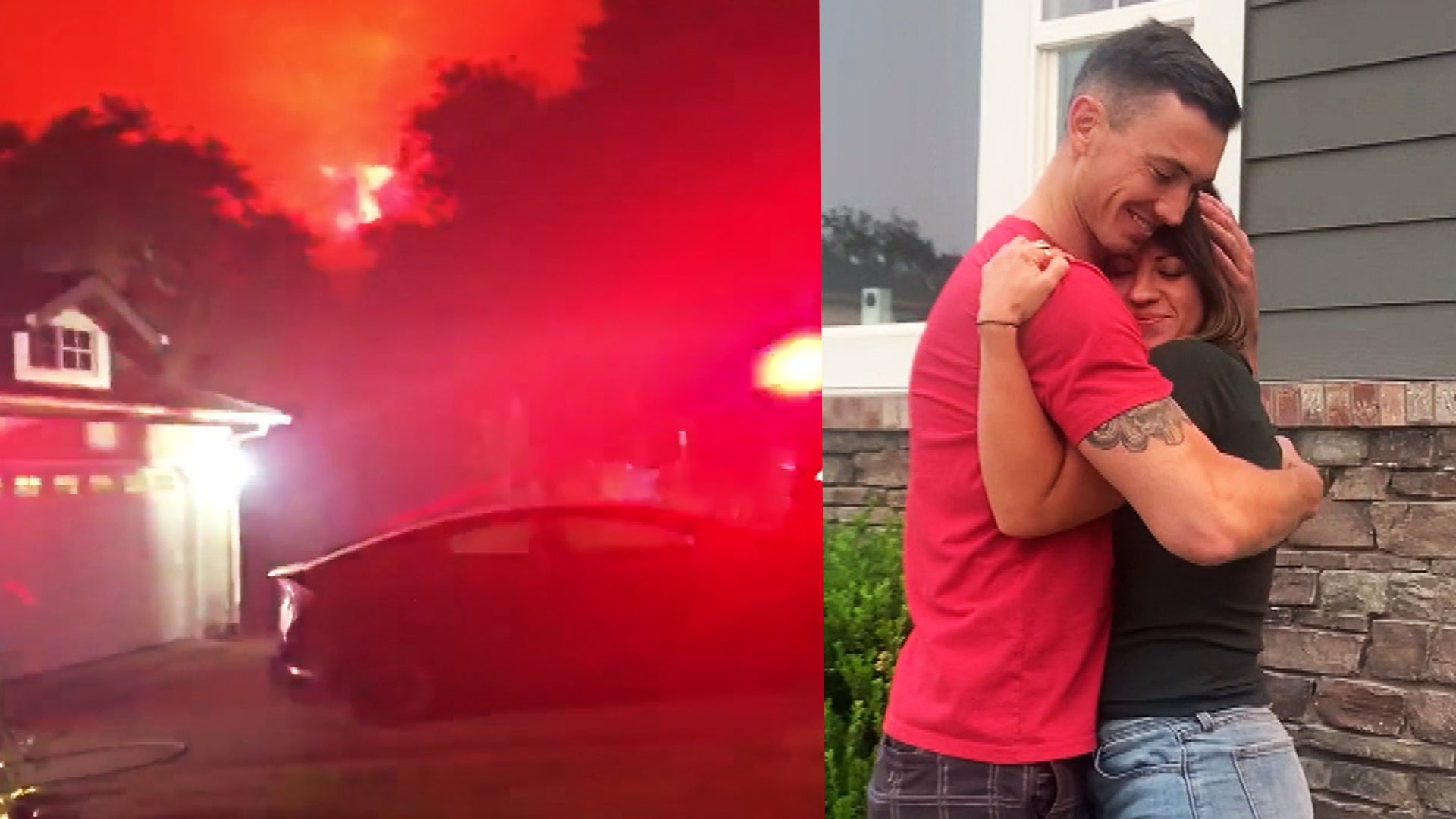 A California firefighter is being hailed a hero after rushing to save the home of his girlfriend’s family after finishing a 60-hour shift battling the California wildfires. Grant Newnom was exhausted and on his way home when he got the terrifying phone call from his girlfriend, Elise Jones.

Her parents’ home in Santa Rosa was under threat by encroaching flames. “They’re playing card games after Sunday dinner, and they were all leaving,” Newnom told Inside Edition.

“All of our phones went off with the emergency alert to evacuate,” Jones said.

Newnom changed direction and started recording the moment on his cell phone as he made his way into their gated community.

“A couple of the neighbor’s houses made it, it looks like some did not make it,” he said in the video.

As he got closer to the house, he tried to come up with a game plan in his head. Once he got there, the house, to his relief, was still standing, and fellow firefighters were already on the scene. Newnom joined in.

“Nobody said it, but I think that everybody kind of had the thought in their back of the mind of ok well, this is intense right now.”

The house was saved, and Jones and her parents are forever grateful.

“There are no words to express our gratefulness to Grant and the crew that saved our home. They are definitely heroes,” Jones’ mom said.

Inmate Firefighters Now Have Path to Record Expungement. Some Say the Focus Should Be on the 13th Amendment.