The audience may have been slashed to one-fifth of the size of last season, but Christian Dior built a cathedral for their fashion show, nonetheless. 18 light-box installations, each seven metres tall, brought the intense kaleidoscopic glory of Gothic stained-glass windows flooding into the vast blacked-out tent in the Tuileries garden erected for the event.

This was a show of grandeur in an industry embattled by seismic economic and social forces. Quarantine rules have pegged Paris fashion week back from being a global event to a domestic one, with few non-French attendees.

Only 350 were present at the Christian Dior show, instead of the usual 1750. Comme des Garçons and other high-profile Japanese brands who have long been based in Paris have left the city in favour of shows in Tokyo next month. Yves Saint Laurent and Alexander McQueen are sitting out the season. 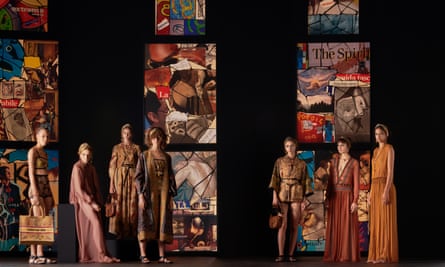 Models stand in the ‘cathedral of Dior’ showcasing the the spring/summer 2021 collection. Photograph: Elina Kechiceva

Under Maria Grazia Chiuri, its first female creative director, Christian Dior has been the rising star of French luxury fashion in recent years. The pandemic has hit hard across the industry, but the shift to digital presents Dior with an opportunity to close the gap on its historic rivals Chanel, who remained unwilling to shift to online retail even while stores were closed. The Dior show was shown on TikTok, as will the Louis Vuitton show be next week. 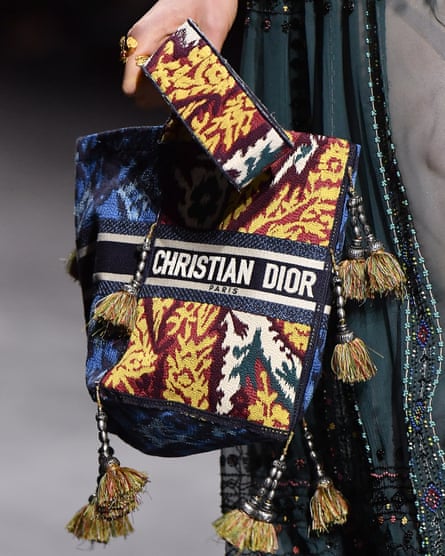 But a TikTok audience, accustomed to a diet of hooky, lip sync-friendly pop, would likely have been a little taken aback by the live soundtrack to this show, which consisted of 12 a capella female voices singing 19th-century Corsican mourning hymns.

In contrast to last week’s Milan shows, which presented a strikingly optimistic view of 2021, with catwalks full of party dresses and minibreak-friendly hot pants, the first event of Paris fashion week struck a sombre mood, fit for “a depressing moment,” as Chiuri put it in a Zoom interview after the show.

The cathedral set “celebrates a space in which we can stop and think”, she said. The windows were created by artist Lucia Marcucci, collaging fragments of Giotto and Manet paintings with magazine images and newspaper headlines. 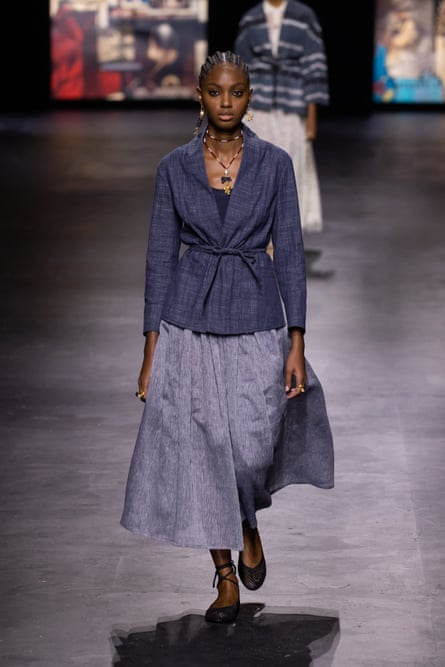 “Our relationship with clothes has completely changed over the past months because we have more private life and less public life,” the designer noted. For now, she has put the famous Dior wasp-waisted “bar silhouette” aside in favour of a soft kimono style wrap jacket.

The long, layered silhouette, which Chiuri has made a daywear staple in the wardrobe of women worldwide, came in soft linens and cottons. There were none of the slogan T-shirts that have become a modern Dior staple, this season – presumably because if the wearer is at home, there’s no one to see them. Chiuri herself took her catwalk bow in simple black separates and white trainers.