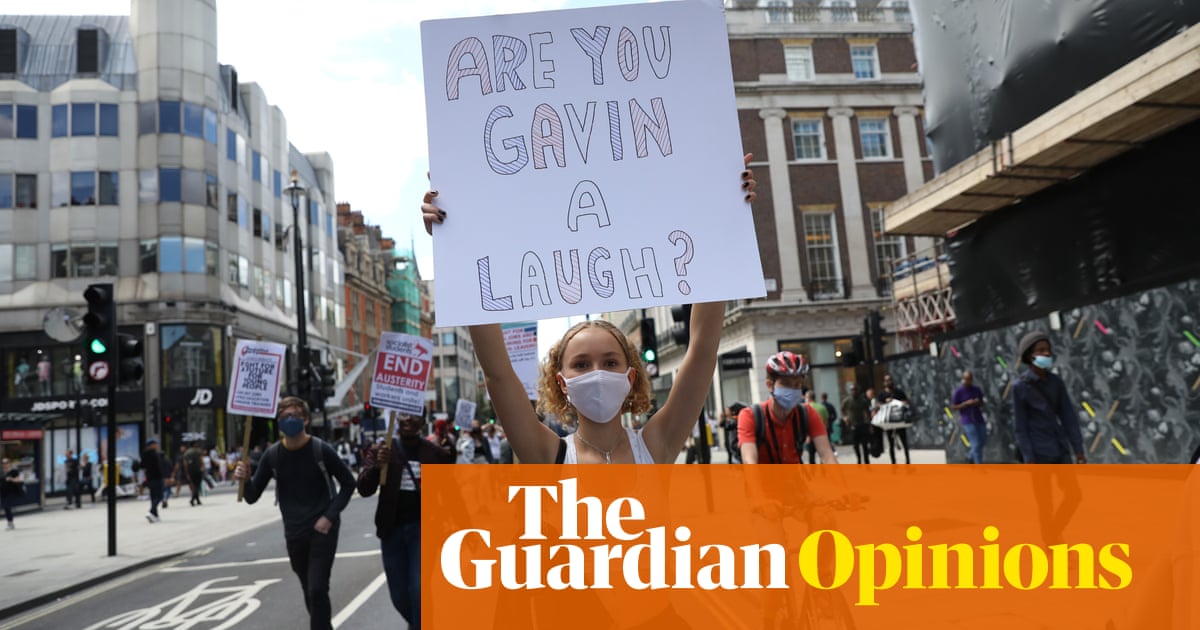 I would guess that like the rest of us when we emerge from a nightmare experience, you’ve been hiding under your pillow. Sorry to remind you, I’m thinking of the algorithm catastrophe. But here we are again: the new school year is under way and, as predicted, many schools are unable to provide full education for all pupils all the time because of the pandemic. Schooling is being disrupted.

You and the Department for Education must know that the next round of exams could easily descend into chaos again unless you put a plan in place now. Well, more than that, actually: a plan that involves researchers, teachers and parents as well as the crew of “advisers” you usually turn to behind closed doors.

Apart from breaking with a decade of habit of not involving the people who actually work in education to come up with a plan, the simplest and easiest thing to do with GCSEs would be to suspend or abolish them. You could fix things not only for this year’s candidates, but for those in future years.

As more and more people are saying, educationally it would be much better to replace GCSEs with a mixture of assessments. This moment could be a great opportunity to break the thrall that a national exam has over the first five years of secondary education. It still needs to be said that these one-off, end-of-course, do-or-die exams do not fully reflect what students can do and are much better at proving what students don’t know.

The idea of late has been to create exams that are so difficult, they guarantee what is regarded as the necessary and expected failure rate. We know one reason for this: the worship of the bell curve into which all results and “levels” must fit – so-called norm-referencing, whereby only a certain number of students can be allowed to succeed. As a parent of children in the state sector, I’ve yearned for my offspring to have had the broader-based assessments that the private sector has managed to squeeze in.

This was on show for all to see in a recent Observer story. It must have felt like an “et tu, Brute” moment for your government, since some of your beloved private schools, including Eton and St Paul’s girls’ school, in tandem with some academy chains, are taking matters into their own hands. They are saying, in effect: “We can do a better job of this assessment business than you.”

Various proposals are surfacing: invigilating using Zoom; networks of schools moderating coursework; research projects supplementing exams; high-quality year-long record keeping; pupils’ presentations to their peers. Various thinktanks and organisations – Rethinking Assessments, the Big Education Trust, Inspiring Futures – have either worked on this before, or are moving ahead with proposals.

The argument that exams are counter-productive in creating the kind of education we need is no longer a matter of chat between mavericks holed up in universities and sections of the teaching unions. The idea that 16-year-olds in a system that educates everyone to 18 should be put through a nationwide, high-stakes, competitive exam is under fire. Even your forerunner as education secretary, Kenneth Baker, whose inclination in post was to nationalise school students’ minds, has joined the resistance.

Needless to say, your department’s response, presumably with your approval, has been to concede nothing: “We expect exams to take place next year and are working with Ofqual and the exam boards on our approach.”

Presumably that’s because it was such a great success last time.