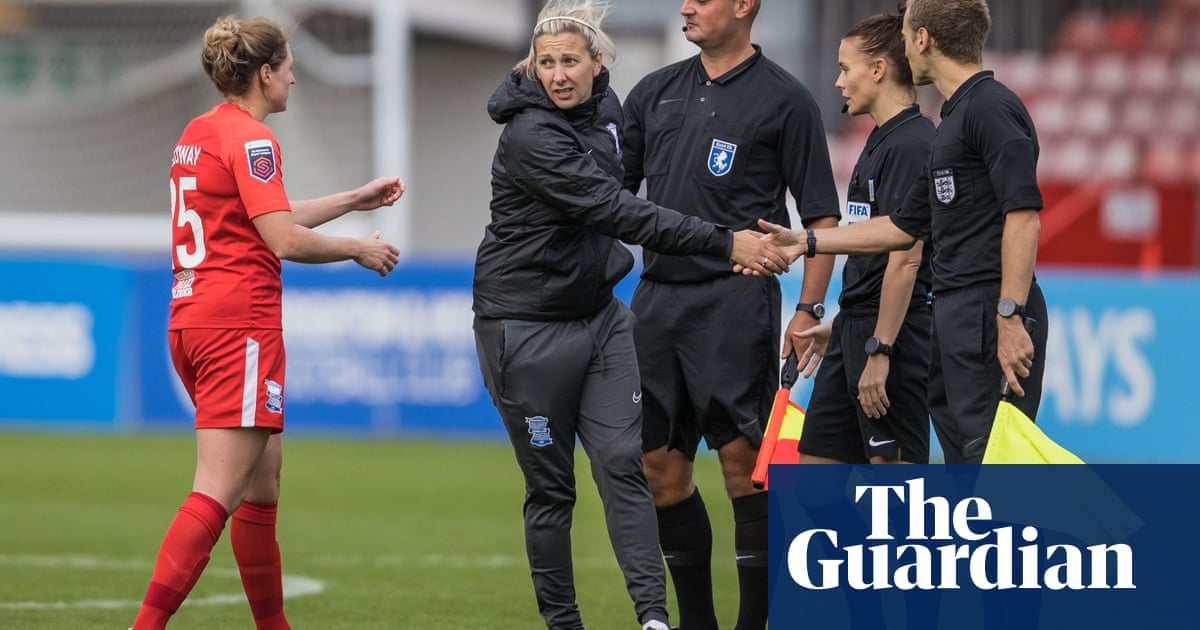 Birmingham’s manager, Carla Ward, has branded as “ridiculous” the decision to give her team only two clear days between their FA Cup quarter-final and semi-final.

The club, the outsiders to lift the trophy on 1 November, are preparing to face Everton on Wednesday, having played through extra-time and penalties against Brighton on Sunday.

“It’s ridiculous,” Ward said. “Honestly I cannot get my head around how anyone thinks it would be the right decision to play a quarter-final of the FA Cup, probably the most prestigious competition in football, and then play three days later in the semi-finals. It’s an injustice to the competition.”

With the season packed with games to compensate for time lost to the pandemic there is a greater risk of injury. For Ward, who arrived at Birmingham in August with only two weeks to recruit after the club haemorrhaged players who wanted to leave, the situation is even tougher.

“These players have gone out and given 120 minutes and we’ve got to pull them in yesterday on their day off to get on the ball and try and give us every chance,” she said. With an inexperienced bench the 36-year-old felt able to make only one substitution, even though five changes were permitted across the 90 minutes and another in extra time. “We’ve got 12 players that really need some recovery,” Ward said. “We could do with the extra time.”

Arsenal, 4-0 winners against Tottenham on Saturday, and Manchester City, who beat Leicester City 2-1 on Sunday, will play on Thursday. With a swifter turnaround, fewer resources and a smaller squad Birminghamfeel hard done by. Everton also played on Sunday, although they beat Chelsea in 90 minutes.

This is not the first time frustrations have been voiced over the rescheduled 2019-20 competition. Leicester’s manager, Jonathan Morgan, expressed irritation at the decision to limit the number of new signings that could be registered for the closing stages to six. Having gone fully professional, the club had a massive summer turnover with 13 players coming in.

With the Cup at the quarter-final stage when last season was curtailed, the FA was keen to complete the competition for the sake of continuity and to give a club the chance to earn a trophy from hard work in the preceding campaign. But Manchester City also have a new manager and squads, particularly for the smaller clubs, are barely recognisable, all of which has altered the tournament.