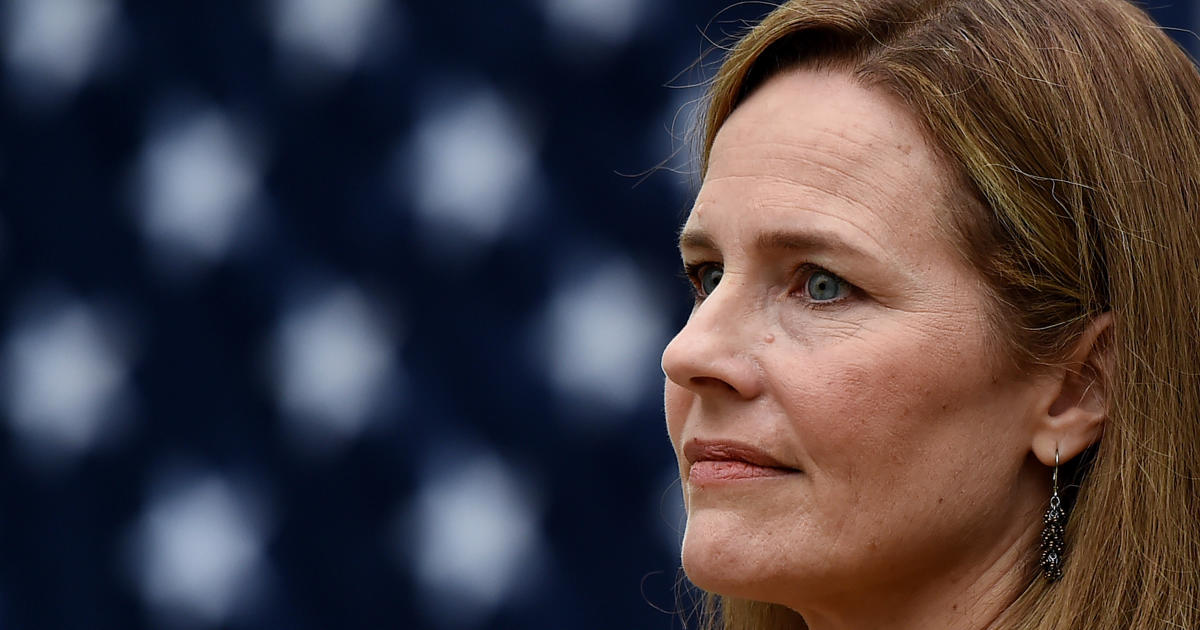 Washington — Judge Amy Coney Barrett, President Trump’s nominee for the Supreme Court, is set to meet with several Republican senators on Tuesday ahead of her confirmation hearings before the Senate Judiciary Committee. Nominees traditionally meet with senators ahead of the hearings, although some Democrats have said they will not meet with Barrett because they view the confirmation process as illegitimate.

Barrett will be stationed in a room in the U.S. Capitol for the day, where she will be visited by Republican senators. She’s meeting first with Senate Majority Leader Mitch McConnell and Vice President Mike Pence. She will then meet with several of the GOP members of the Judiciary Committee, including Senators Mike Crapo, Chuck Grassley, Ted Cruz and Mike Lee. She will also meet with Senator Rick Scott, Senate Majority Whip John Thune and Senator Lindsey Graham, the chairman of the Judiciary Committee.

Although Supreme Court nominees are traditionally guided around the Capitol complex by a lawmaker of the president’s party when meeting with senators, Barrett does not have a “sherpa,” and instead will be escorted by White House chief of staff Mark Meadows and White House counsel Pat Cipollone. Meadows said on Friday that Barrett would not have a sherpa because concerns about the coronavirus.

“I don’t think we’ll be using a ‘sherpa’ as much.  We’ve been working with Leader McConnell in a very direct way,” Meadows told reporters. “Because of COVID and the inability of senators to actually engage in more of an office-by-office basis, we’re looking at modifying that. If there is a need for a sherpa we have actually asked the leader for some recommendations there.”

Barrett is not expected to meet with any Democratic senators on Tuesday. Many Democrats have already expressed their opposition to Barrett’s confirmation, in large part because of her record as a conservative jurist. However, some also see the confirmation process as illegitimate, given its proximity to the election.

In 2016, President Obama nominated Merrick Garland to the Supreme Court seat vacated by Justice Antonin Scalia’s death that February. McConnell blocked Garland from even receiving confirmation hearings, and most Republican senators did not meet with Garland, as they argued that it was too close to the election to confirm a justice.

The death of Justice Ruth Bader Ginsburg earlier this month left another Supreme Court seat vacant just a month and a half ahead of Election Day, and after millions of Americans had already started voting through absentee ballots or early voting. However, McConnell and most other Republican senators argue that it is appropriate to confirm a justice to the Supreme Court so close to the election because the Republican Party now holds the White House and the Senate and Mr. Trump is up for reelection. Senators Lisa Murkowski and Susan Collins are the only Republicans to say that they would not support a confirmation vote ahead of the election.

Some Democrats, infuriated by what they see as rank hypocrisy from Republicans, have said that they will not meet with Barrett. Senate Minority Leader Chuck Schumer has said he won’t, as have Senators Kirsten Gillibrand, Bob Casey and Jeff Merkley. Senators Richard Blumenthal and Mazie Hirono, both members of the Judiciary Committee, have also announced their intentions to forgo meetings.

Graham has announced that the confirmation hearings will begin on October 12, and continue throughout the week. Graham told Fox News last week that he would like the markup for the committee vote to begin on October 15. The committee can approve Barrett’s nomination with a party-line vote, and it will then head to the Senate floor for a confirmation vote by the full Senate.

John Nolen contributed to this report.