Work continues on the 2022 Nissan Pathfinder as Carscoops reader Nick has spotted a prototype undergoing testing in Phoenix, Arizona.

Dressed in heavy camouflage, the redesigned crossover features a nearly front fascia with a larger V-Motion grille. We can also get a glimpse of the model’s restyled headlights and circular fog lights.

Additional details are hard to make out, but the model has sleeker styling and pronounced wheel arches. We can also see an upward sweeping beltline and what appears to be a more traditional greenhouse. 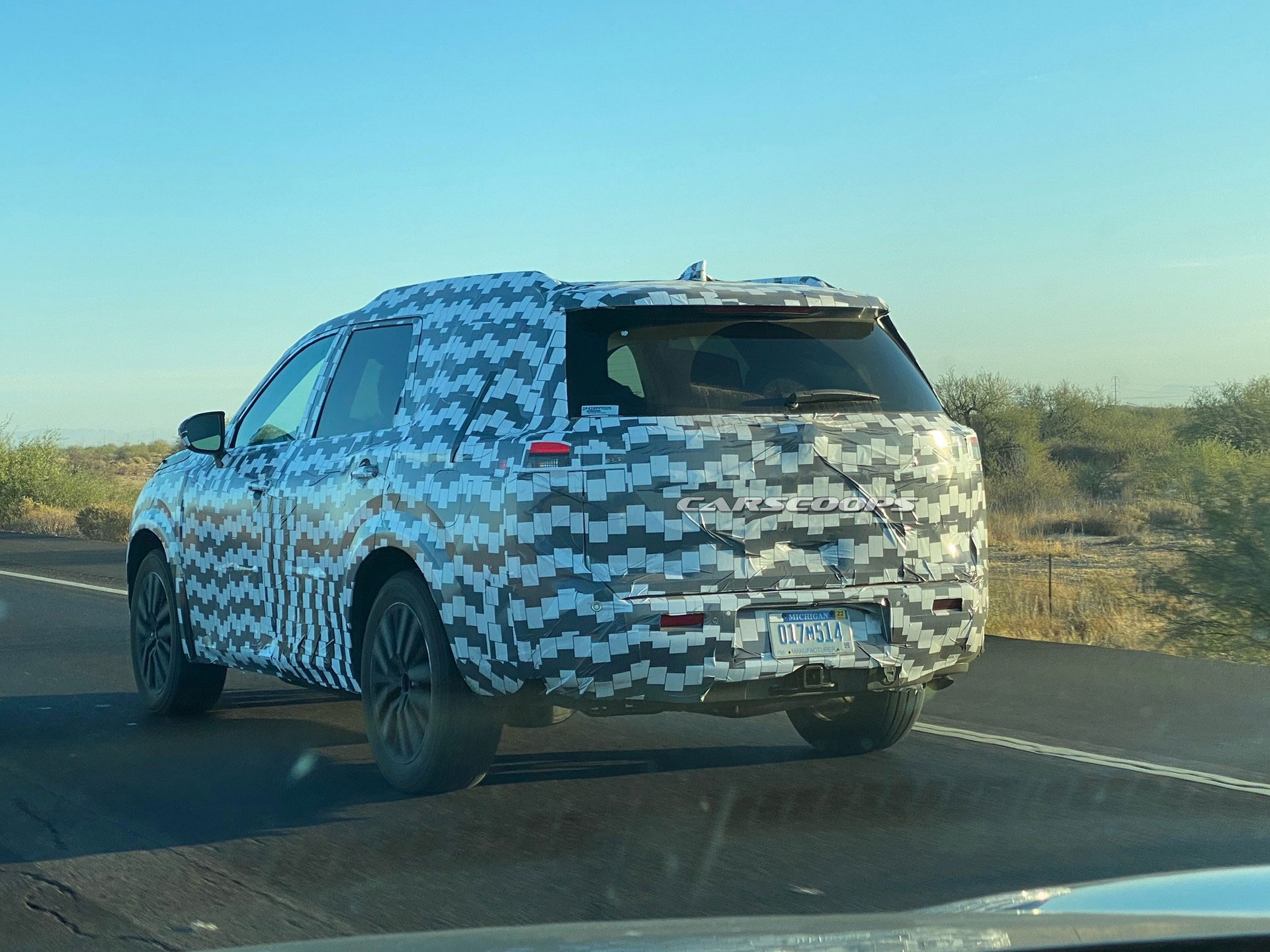 Out back, there are new taillights which are mounted just below the rear window. We can also see a new bumper and a liftgate-mounted spoiler.

The cabin remains a bit of a mystery, but previous spy photos have shown the Pathfinder will have a freestanding infotainment system like the one in the 2021 Rogue. We also wouldn’t be surprise if a number of other components carryover from the smaller crossover.

It’s also worth mentioning the redesigned Pathfinder should have a lot in common with the next-generation Infiniti QX60, which was previewed by the QX60 Monograph concept. The current models share the same platform and powertrain, and it’s natural to assume that will continue as the luxury brand is pursuing a “Nissan-plus” strategy.

Thanks to Nick for sharing the photos!