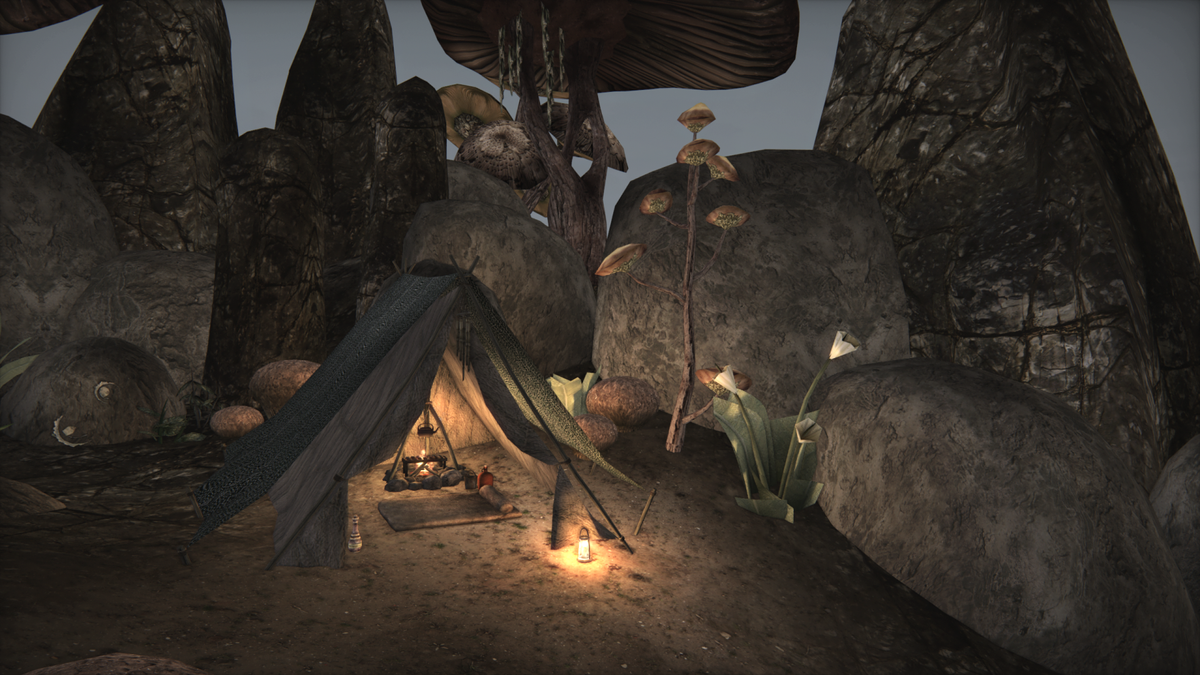 Tired of the super-heroic life of the Nerevarine, reincarnated culture hero of the ancient dark elves? Perhaps you’d like to emphasize a bit of the mortal aspects of your character in The Elder Scrolls III: Morrowind? Well, the ambitious modder Merlord behind the popular Frostwind survival mod has a followup coming, Ashfall.

Ashfall is a “camping, survival, and needs mod” that adds a bunch of new features to Morrowind themed around realistic survival. It’s likely to be the most comprehensive release of a mod like this for Morrowind yet.  It includes mechanics for basic survival like tiredness, sleeping, hunger, thirst, and cooking. There are also temperature mechanics to survive depending on region, weather, and time of day. New items like tents, bedrolls, cooking equipment, and axes for woodcutting are all used to feed into these systems. There are even fun new penalties for failure, like diseases.

I do mean fun, though. It’s neat to see survival gameplay, invented a decade after Morrowind released, come to the old game. You can find more details about Ashfall on Reddit. The mod has been available to testers for about a year now, and it’s in the final stages before a release on Nexusmods.