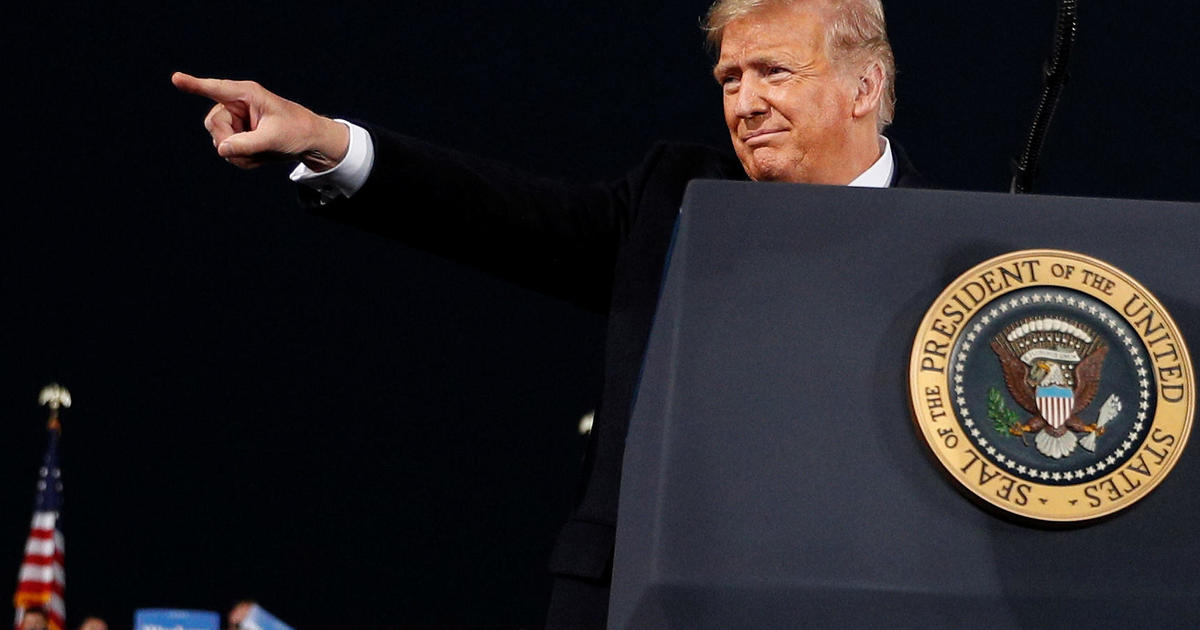 Virginia, once a heavily Republican state, has become pretty reliably Democratic as its suburbs have become more densely populated. CBS News’ Battleground Tracker shows Biden leading Mr. Trump in the Old Dominion 55% to 43%. But Mr. Trump is determined to try to campaign in some states he seems unlikely to win.

Mr. Trump’s had a packed schedule on Friday. On Friday morning, he campaigned in Florida, and made a stop in Atlanta, Georgia to deliver remarks on Black empowerment. Both states are key to his reelection prospects.

President Trump is expected to nominate Judge Amy Coney Barrett to replace the late Justice Ruth Bader Ginsburg on the U.S. Supreme Court, CBS News confirmed on Friday, according to multiple sources involved in or familiar with the selection process.

It’s possible Mr. Trump could change his mind, but at this point, Barrett is expected to be announced as the president’s choice Saturday afternoon at the White House.

She has been a leading candidate and was a finalist to be Mr. Trump’s second Supreme Court pick. Barrett met with the president at the White House on Monday.