There are several moving parts in the engine designed by Rishi Sunak to keep the British economy motoring into next year. The most important is the replacement for the furlough scheme that has kept about 9 million workers in employment at some point in the last six months.

Only days before the chancellor stood up to deliver his “winter economy plan” on Thursday, Boris Johnson announced a six-month extension to restrictions on sporting and cultural events and a new “rule of six”, restricting the number of people who could gather at any one time.

Pubs were told to only serve customers seated at tables and a 10pm curfew killed off any plans city-centre bars might have had for staying open into the early hours.

It was clear that business leaders and trade union bosses, still reeling from the prime minister’s new rules, viewed an extension to the furlough scheme, or at least a generous replacement to it, as key to staving off mass unemployment. The scale of their disappointment was evident after Sunak said he would dramatically scale back support for the worst-affected workers.

From the manufacturing sector to the hospitality and leisure sectors, the talk has been of the winter plan falling short of expectations, and of companies pushing ahead with further redundancies.

Before the scheme was announced, the Bank of England predicted a rise in unemployment to 7.5% – or more than 1 million extra workers on the dole. Several economists said Sunak’s efforts would fail to stop the UK reaching this milestone.

Adam Marshall, the director general of the British Chambers of Commerce, said the chancellor must “remain open to taking additional action to support parts of the economy facing unprecedented challenges over the months ahead”.

Make UK, the lobby group for manufacturing and engineering companies, said the furlough replacement was so inadequate that many firms would be forced to lay off more workers. It highlighted the aerospace industry, which has seen demand for planes collapse, and car-industry suppliers as among the worst hit.

From next month the government will pay 60% of salaries under the furlough scheme and companies will pay 20%, leaving workers facing a pay cut of 20%, unless their employer is more generous. That finishes at the end of October, when the job support scheme (JSS) takes over. 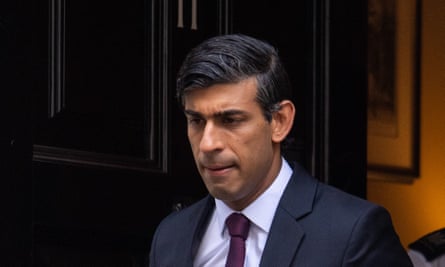 This provides less generous support. Under the new scheme, the company pays 55% and the government pays a maximum of 22%. And instead of receiving these payments for not working at all, employees have to do at least a third of their normal hours.

The Resolution Foundation said the payout for workers from the JSS was similar to that seen in France, Germany and the Netherlands, but that it was punitive for employers in the UK, which will pay a bigger contribution than their continental counterparts.

The foundation also pointed out a flaw in the plan after it calculated that it would cost a firm £1,500 to employ one full-time worker on £17,000, but more than £2,000 a month to employ two half-time workers on the same full-time equivalent salary.

Few employers would seek to retain workers on part-time hours when it would be cheaper to have fewer workers on full-time contracts, it said. The end result would be 6 million poor households being £1,000 a year worse off from next April.

Tony Wilson, the head of the Institute for Employment Studies, said boardrooms would be calculating the costs of making workers redundant compared with the costs of supporting part-time work. “It is going to make for some difficult discussions between managers and unions over the coming months,” he said.

Wilson argues that Sunak’s overall package of measures, which also included tax deferrals, loan interest relief and help for the self-employed, falls short of what is needed to prevent unemployment spiralling upwards during the winter.

We expect the unemployment rate to rise further, to at least 7% by the middle of next year

Economists who have called for greater certainty from the Treasury in its approach to business-support measures were also disappointed. Christian Spence, the head of economic analytics at Manchester Metropolitan University’s future economies centre, said that although millions of workers would continue to benefit from government support, “millions more aren’t helped by this, and need it”.

He said the chancellor had forgotten to improve funds for training and investment. “It must come quickly – because the redundancies will,” he said, adding that much more attention needed to be paid to those made redundant – “their health, training needs to seek employment, and benefits to support them”.

Sunak said after his speech in the Commons that he was mindful of the UK’s spiralling debts and that it was his responsibility to keep the annual deficit in check.

But few economists believe he will be able to stick to his current plans as Covid-19 spreads again and more people are made redundant.

Ruth Gregory, a senior UK economist at the consultancy Capital Economics, said: “It makes sense that the JSS is not as supportive as the furlough scheme, as the government’s new restrictions are not as tight as those in March.

“But we suspect the effect of the government’s restrictions announced this week and the possibility of tighter restrictions in the coming months will outweigh any downward impact on unemployment from today’s fiscal package.

“That’s why we expect the unemployment rate to rise further, to at least 7% by the middle of next year.” And that would add about 1 million workers to the dole queue.

David Owen, the chief European economist at the investment bank Jefferies, said Sunak was “relatively well placed to announce additional fiscal measures” to cope with the “substantial uncertainty with the state of play right now”.

Owen is at the more optimistic end of the spectrum of City analysts, believing the UK has only a short distance to run to catch up with the level of economic output achieved before the virus hit. But he accepts the official figures show business activity going into reverse in recent weeks.

It is that reversal the chancellor seeks to halt. The betting seems to be that he will need to throw more resources at his winter plan to prevent a deeper downturn.