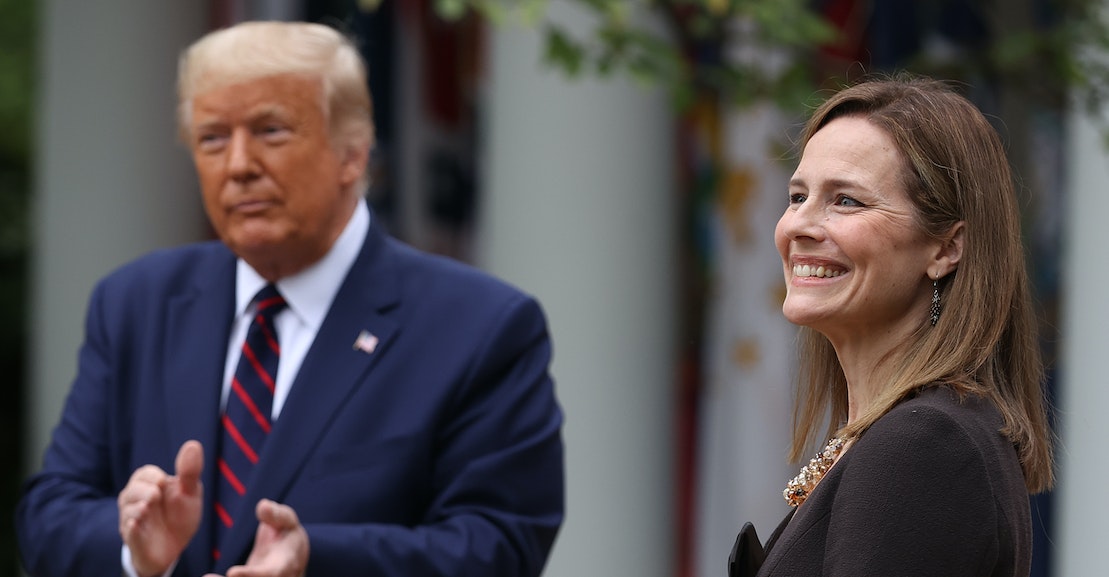 Like other journalists, I spent the bulk of this past week reviewing the writings and opinions of Amy Coney Barrett, who became President Donald Trump’s third Supreme Court nominee on Saturday. Her confirmation by the Senate will cement what the appointments of Neil Gorsuch and Brett Kavanaugh already achieved: a profoundly conservative majority on the nation’s highest court for decades to come. Though Trump may lose the election this fall, his imprint on the federal courts will endure well into the second half of this century.

Most of the attention towards Barrett’s paper trail is focused on abortion, and for good reason. Anti-abortion and abortion-rights groups alike expect that she will vote in favor of further restrictions on the procedure, and perhaps even provide a fifth or sixth vote to strike down Roe v. Wade and Planned Parenthood v. Casey. She is also a public critic of Chief Justice John Roberts’ ruling in NFIB v. Sebelius, the 2012 case where he cast the deciding vote to save the Affordable Care Act (ACA). That criticism takes on a new light as she is poised to join the court before it hears yet another case that could see the ACA struck down.

Her potential impact on cases involving LGBT rights, religious freedom, federal regulations, and other high-profile issues are garnering plenty of public attention as well. But one of her opinions that caught my eye was Kanter v. Barr, a Second Amendment case decided last year by the Seventh Circuit Court of Appeals. Barrett’s dissent in that case signaled that she could have an immediate and consequential impact on an entire area of law that has gone under-developed in the Roberts Court, perhaps consciously. Her approach to that case also provided some insight into how she thinks about the Constitution and applies those ideas to modern life.

Like most Second Amendment cases, this one starts with a man who wanted a gun but couldn’t have it. Rickey Kanter was the owner and proprietor of a Wisconsin firm that specialized in therapeutic footwear. In 2004, he submitted a selection of therapeutic shoe inserts to the Centers for Medicare & Medicaid Services (CMS) for review to determine whether the program would reimburse patients who bought them. CMS rejected the initial submission but approved a revised version of them. Kanter, however, sold both the approved and unapproved versions to podiatrists. When he sent a shipment of the unapproved inserts to a podiatrist’s office in Florida, federal prosecutors charged him with mail fraud. He pleaded guilty to a single felony count.

Though he has now served the rest of his sentence, Kanter’s status as a felon excludes him from certain rights and privileges. That includes a permanent ban on lawfully owning a firearm under both federal law and Wisconsin law. Kanter sued the United States and the state of Wisconsin to challenge both provisions, arguing that they violated the Second Amendment. A federal district court rejected his claims in January 2018, and a three-judge panel in the Seventh Circuit upheld the lower-court ruling in a 2-1 decision in March 2019.