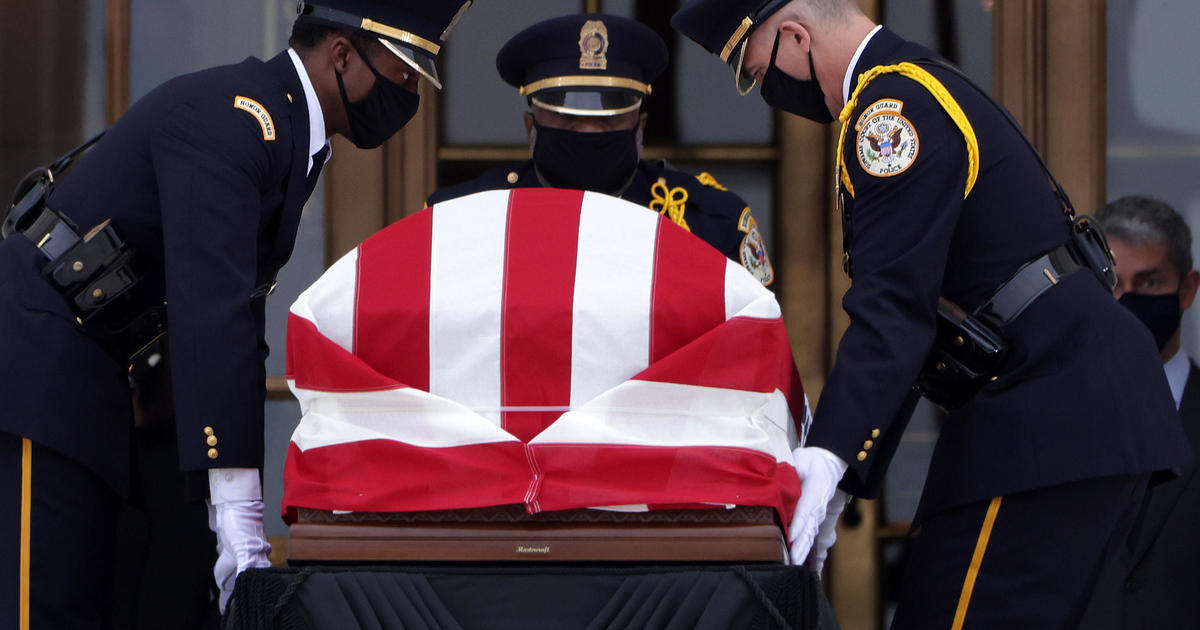 The late Supreme Court Justice Ruth Bader Ginsburg will lie in state at the U.S. Capitol on Friday. Ginsburg, who died last week at the age of 87, is the first woman and the first Jewish person to receive this honor.

An invitation-only arrival ceremony will be held in Statuary Hall on Friday. Social-distancing guidelines dictate that the ceremony will only be open to a small number of invited members of Congress and Ginsburg’s family.

How to watch the ceremony honoring Ruth Bader Ginsburg

All other members of Congress may then pay their respects.

A private interment service will be held at Arlington National Cemetery next week, the Supreme Court said.

Ginsburg has been lying in repose at the Supreme Court, where members of the public were invited to pay their respects. Chief Justice John Roberts spoke at a brief private ceremony Wednesday and called Ginsburg’s life “one of the many versions of the American dream.” He said the 483 majority and dissenting opinions she wrote during her 27-year tenure on the Supreme Court will “steer the court for decades.”

President Trump paid his respects on Thursday before heading to Jacksonville, Florida.