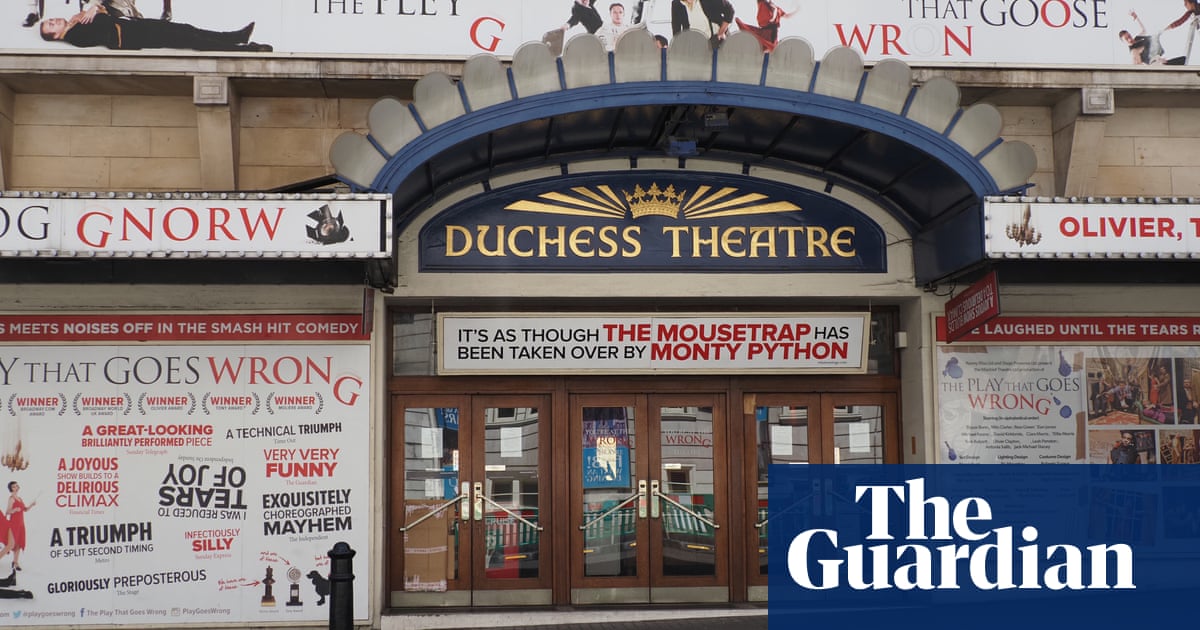 The hit farce The Play That Goes Wrong will return to the West End in November, and receive a Christmas run at the Theatre Royal in Bath, but its producer acknowledges it is “unlikely to be able to make a profit” by playing to a reduced capacity.

The Olivier award-winning show will be back as a socially distanced production at London’s Duchess theatre, its home for the last six years, from 19 November. The costs can “just about be covered” said producer Kenny Wax, and will provide employment for roughly 60 staff across the two productions. But Wax said it still posed a significant financial risk “without a government-backed insurance scheme to cover further business cancellation due to Covid-19”. Until such a scheme is in place, and social distancing is fully lifted for indoor performances (stage five of culture secretary Oliver Dowden’s roadmap to reopen venues), most West End shows and certainly larger-scale musicals will not return a profit.

The Duchess is one of the venues in the Nimax group of theatres co-founded by Nica Burns. Earlier this month, Burns took part in a silent protest in the West End alongside Beverley Knight and Dawn French to raise awareness of the perilous situation for the UK’s arts workers. The protest was held outside Nimax’s Lyric theatre, which will present a socially distanced 11-week run of the hit musical Six, beginning on 14 November. Six, and some of Nimax’s other shows, will run at a loss when they return to the West End but remounting such productions should build customer confidence, help to support local businesses and will provide employment to freelancers.

The Play That Goes Wrong, in which an accident-prone amateur drama society put on a criminally bad murder mystery, is the signature hit of British success story Mischief Theatre. The company first mounted it as a fringe show, playing to an audience of four at its premiere, but it has since packed in audiences in the West End, on Broadway and in more than 30 countries. The company has created several other “Goes Wrong” stage productions and had a BBC TV series which included a festive special in 2019.