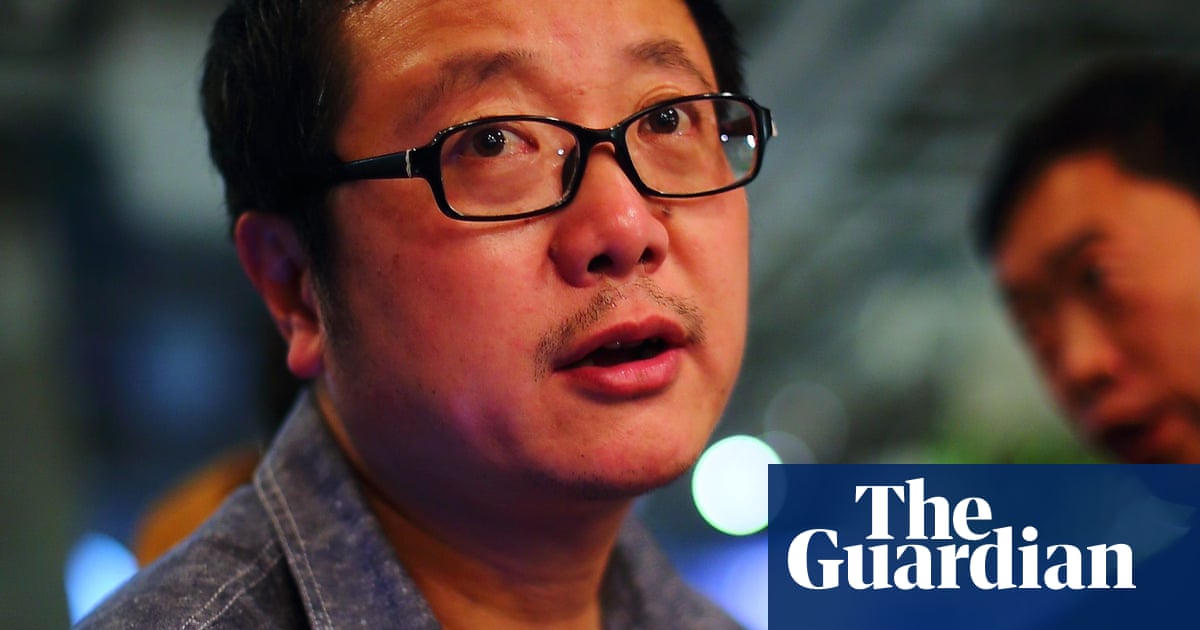 Five Republican US senators have asked Netflix to reconsider its plans to adapt the bestselling Chinese author Liu Cixin’s book The Three-Body Problem, citing Liu’s comments in support of the Chinese government’s treatment of Uighur Muslims.

In a letter to Netflix, the senators said they had “significant concerns with Netflix’s decision to do business with an individual who is parroting dangerous CCP propaganda”. The letter cites Liu’s interview with the New Yorker last year, in which the Chinese novelist was asked about the mass internment of Muslim Uighurs in Xinjiang.

“Would you rather that they be hacking away at bodies at train stations and schools in terrorist attacks? If anything, the government is helping their economy and trying to lift them out of poverty,” Liu said, adding: “If you were to loosen up the country a bit, the consequences would be terrifying.”

The senators, led by Marsha Blackburn of Tennessee, said that the Chinese Communist party was “committing atrocities” in Xinjiang, “including mass imprisonment, forced labour, thought transformation in order to denounce religion and culture, involuntary medical testing, and forced sterilisation and abortion”. An Australian thinktank found this week that China has built nearly 400 internment camps in the Xinjiang region. Concerted attacks on the Muslim Uighur minority have been catalogued by human rights groups and western governments, even as earlier this summer China’s ambassador to the UK insisted the Uighur people live in “peaceful and harmonious coexistence with other ethnic groups”.

“These crimes are committed systemically and at a scale which may warrant a distinction of genocide,” the US senators wrote to Netflix. “Sadly, a number of US companies continue to either actively or tacitly allow the normalisation of, or apologism for, these crimes. The decision to produce an adaptation of Mr Liu’s work can be viewed as such normalisation … In the face of such atrocities in XUAR [the Xinjiang Uighur Autonomous Region], there no longer exist corporate decisions of complacency, only complicity.”

Donald Trump signed the Uighur Human Rights Act into law in July, which will sanction Chinese officials over the mass incarceration of Uighurs and other Muslim minorities. But according to former national security adviser John Bolton’s memoir The Room Where It Happened, Trump told Xi Jinping in 2019 that building concentration camps in Xinjiang “was exactly the right thing to do”, and the US president “didn’t want sanctions because of the China trade negotiations”.

Netflix announced at the start of September that Game of Thrones co-creators David Benioff and DB Weiss would be adapting the Hugo award-winning novel The Three-Body Problem and its two sequels, together with TV writer Alexander Woo. Benioff and Weiss said the books were “the most ambitious science-fiction series we’ve read, taking readers on a journey from the 1960s until the end of time, from life on our pale blue dot to the distant fringes of the universe”, while Woo called it an “elegant and deeply human allegory”. Liu is acting as a consulting producer for the series.

The senators asked Netflix if it was aware of Liu’s comments “regarding the CCP’s genocidal acts prior to entering into an agreement to adapt his work”, and what steps the company would be taking “to cast a critical eye on this project – to include the company’s broader relationship with Mr Liu … in order to avoid any further glorification of the CCP’s actions against the Uighurs”.

Netflix did not respond to requests for comment about the letter from Reuters and Vanity Fair.