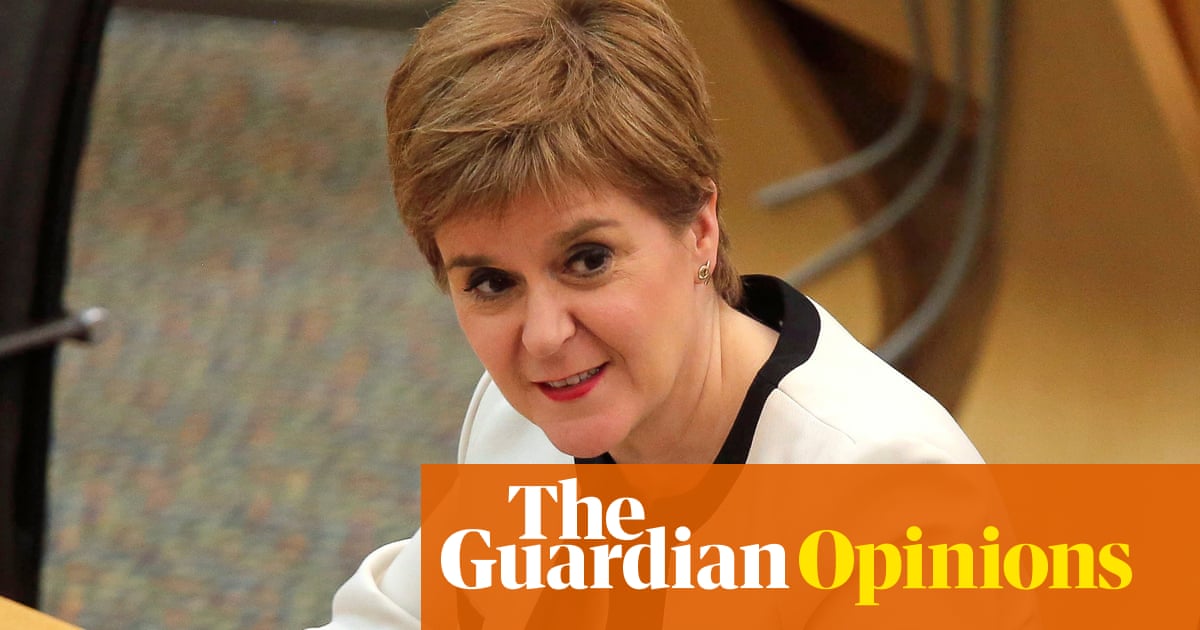 On Tuesday, the four nations of the United Kingdom agreed a statement committing them in principle to a common strategy of “suppressing the virus to the lowest possible level and keeping it there”. But when Boris Johnson and Nicola Sturgeon stood before their respective parliaments that same day and announced the concrete measures they were introducing to stem spiralling infections the unified strategy was nowhere to be seen.

Scotland announced a ban on any household visits while England continued to allow six people to mix indoors, even if they are all from different households. Sturgeon would have gone further than closing pubs an hour earlier, but felt she couldn’t without the financial power to protect businesses and employees.

Policy wasn’t the only dividing line between the two leaders. There was also a stark difference in the way that they expressed the relationship between themselves and their public, and hence the prospects of citizens taking note of their proposals. In the end, it doesn’t really matter what formal measures you announce if people don’t adhere to them.

In his televised address to the nation, Johnson praised the way “we pulled together in a spirit of national sacrifice and community” during the first lockdown. But he also bemoaned the fact that “while the vast majority have complied with the rules there have been too many breaches – too many opportunities for our invisible enemy to slip through undetected”.

He suggested that the breaches were not due to people following badly thought-out government advice, such as the previous encouragement to go to work and have a drink, or the financial difficulties of following good advice such as “self-isolate if you have symptoms”, or the loss of trust caused by his own aide disobeying the government’s own measures. Instead, he talked about those who “continue to flout the rules” – just as earlier, in his statement to parliament, he had talked of people “brazenly defying” them.

For Johnson, these breaches are deliberate acts of misbehaviour by members of the public for which they deserve to be held accountable. His response was to threaten them with dire consequences: fines of up to £10,000 for those who fail to self-isolate enforced by more police, and the army if necessary.

Sturgeon, like Johnson, stressed the importance of community and acting together. She also emphasised how vital compliance is and the danger of breaches, particularly when too many people meet in households and risk transmitting the virus. But that’s where the similarities end. Sturgeon explicitly repudiated the discourse of blame, especially the growing narrative that young people are culpable for rising infections: “Let me say to teenagers in particular – I know how miserable this is for you and you have been so patient. We are trying to give you as much flexibility as we can. In return, please work with us and do your best to stick to the rules, for everyone’s sake.”

In Scotland, she affirmed that the role of government is not to lecture the public about their responsibilities but to pay attention to its own – notably to support people so it becomes practically possible to do what is asked of them. In comparison to Johnson’s accusatory approach, she acknowledged how hard self-isolation is for some: “It asks a lot of people,” Sturgeon said, “and, for some, the financial implications make it even more difficult.” Accordingly, she offered clear information on the practical support (such as food deliveries) and financial support available.

But what if people, despite all this support, continue to breach the rules? What about fines and other punishments? The first minister reserved judgment on that, stating: “Our judgment at this stage – particularly given the spirit of solidarity that is so essential in our fight against this virus – is that supporting people to do the right thing is more effective than threatening harsh punishment if they can’t.”

Which works better? Research on why people obey the law and the authorities that make and enforce them comes down clearly on the side of the latter. Adherence is far better achieved by being seen to be on the side of the people than by being set against them. And government has far more moral authority to tell the public to take their responsibilities seriously when it does so itself.

Nicola Sturgeon concluded her statement with an appeal: “Be strong, be kind and let’s continue to act out of love and solidarity.” It would be best for all of us, and secure far more buy-in to the measures necessary to suppress the virus, if the four nations of the UK agreed on this, too.

• Stephen Reicher is a member of the Sage subcommittee advising on behavioural science, an adviser to the UK and Scottish governments on coronavirus and professor of social psychology at the University of St Andrews