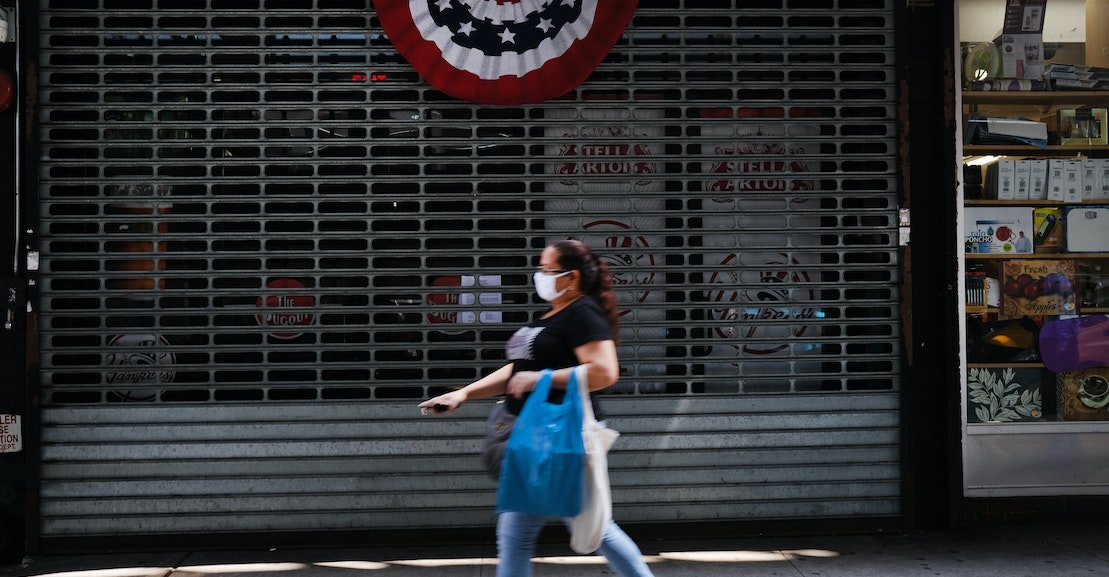 At first glance, there was something slightly counterintuitive in the Federal Reserve Board’s most recent report on the economic well-being of American households. In July—at the height of the pandemic and in the midst of statewide lockdowns and mass layoffs—households in the United States appeared to be doing better financially than they had the previous year, before the coronavirus even appeared in Wuhan. According to the Fed report, 70 percent of adults surveyed in July said they could cover an unexpected $400 emergency expense, up from 63 percent who said the same in October 2019. It was, in fact, the highest percentage of respondents who had answered that way since the Fed started asking the question in 2013.

This achievement, of course, wasn’t the result of the overall state of the economy or the strength of the job market—both of which were, and are still, mostly in ruins—but, rather, a product of the Cares Act, which temporarily loosened the purse strings of the federal government in order to turbocharge unemployment benefits and dispense $1,200 checks to some 150 million people. The Fed report also showed that the biggest increase in households who could afford a $400 emergency expense was among those making under $40,000. Despite decades of politicians moaning about the ineffectiveness of cash welfare and engineering tortuous forms of means-testing in order to “solve” poverty, it turns out that when the government simply gives people money, those people become a little less poor.

And, as researchers Kathy Edin and H. Luke Shaefer found in their 2015 study of families living on less than $2 a day, cash becomes even more crucial the further down the ladder you fall. The number of families living in deep poverty increased sharply in the wake of welfare reform in the 1990s, when cash assistance programs were drastically stripped. And while in-kind benefits like food stamps remained important and useful, Edin and Shaefer wrote in a memo for Brookings, on their own they weren’t enough to lift people out of poverty. “How do you pay the rent or buy your kids’ clothes with only in-kind aid?” the authors asked. (Or, for that matter, come up with $400 for an emergency?) Against ugly and racialized stereotypes of welfare recipients frittering government money on luxury goods, the authors also found that poor people who were given cash used it to cover basic necessities, outstanding debts, and family expenses.

In other words, the only discernible drawback to the Cares provisions that dispensed strings-free stimulus checks and supplemental unemployment insurance—and subsequently bolstered the financial security of millions of families during a pandemic—is that they were temporary. Currently, Congress remains deadlocked over what form any future assistance might take, with Republicans holding steadfast in their opposition to more unemployment aid and wavering on whether to cut new checks. But the strange condition of more people being able to afford an emergency expense during an economic downturn than during the so-called bull market that preceded it suggests that the key to alleviating widespread financial hardship is perhaps more straightforward than we’ve been led to believe.

There’s at least one place in the U.S. that appears to have taken notice. Last year, the city of Stockton, California, launched a universal basic income pilot program in which a group of residents were given $500 per month. The participants, who used the money on things like groceries, medical care, and utilities, reported feeling less stress and anxiety and getting to spend more time with their families as the result of the cash boost. Though the program was set to end this spring, after the coronavirus hit, Stockton Mayor Michael Tubbs decided to extend it until the end of the year. “We live in a time of pandemics,” he told Bloomberg. “I want to prove that basic income is an important tool to build a foundation for people to withstand these things.”