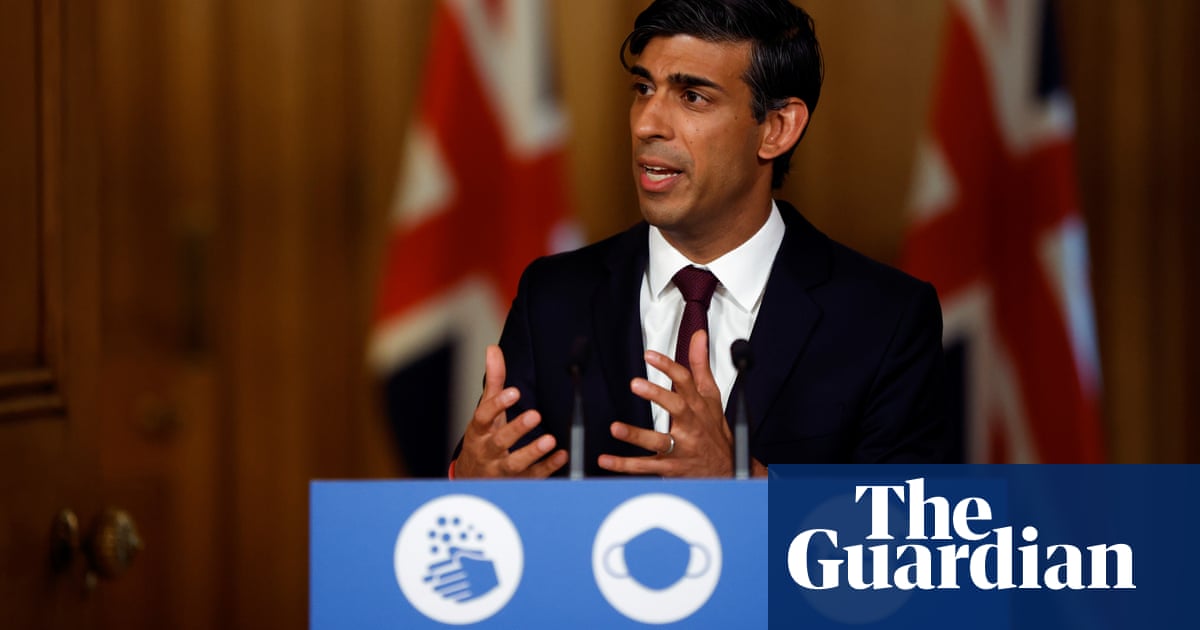 Lockdown sceptics in the Conservative party have heralded comments by the chancellor saying that Britons must learn to live “without fear” and highlighting the importance of human contact and social interaction.

In his closing remarks to parliament, Rishi Sunak appeared to launch a defence of the decision to reopen swathes of the economy over the summer and encourage people back into restaurants with the eat out to help out discount scheme.

The chancellor said “lives can no longer be put on hold” and that the move to allow pubs, shops and leisure facilities to reopen was about more than just the economy.

“We did these things because life means more than simply existing. We find meaning and hope through our friends and family, through our work, through our community,” he said.

Sunak hinted he did not believe the UK public were to blame for a resurgence of the virus because they had taken up the opportunity. “People were not wrong for wanting that meaning, for striving towards normality, and nor was the government wrong to want this for them,” he said.

Sunak said there was no “risk-free solution” and that everyone “must learn to live with it and live without fear”.

A number of Conservative MPs are planning to use debates next week and a vote on the renewal of the Coronavirus Act to make clear they will not tolerate further curbs on freedoms unless there is a more dramatic rise in hospitalisations – which stood at nearly 1,500 UK-wide on Thursday – and deaths, which rose to 37.

One senior Tory MP who is sceptical of further restrictions said they found the words reassuring. “It’s not any secret that he is sympathetic to our approach,” the MP said.

Steve Baker, the former Brexit minister who has been a key critic of the government’s lockdown strategy, said Sunak’s intervention was welcome. “Rishi is increasingly distinguishing himself as a chancellor of both principle and pragmatism who we can rely on to promote our shared prosperity,” he said.

The former cabinet minister Iain Duncan Smith said he was also encouraged by the cSunak’s emphasis. “The truth is that there are a lot of risks in our lives and the chancellor is right we need to learn to live with Covid, manage it, get through it and not kill the economy,” he said.

“We have to get back to work, this can’t go on forever. And we have had this tightening up [of restrictions] but it has not been a major one – which it could have been according to the scientists. Even driving a car is a risk, but we manage that risk on the basis that we need to get things done.”

The former Tory leader said the chancellor had been right to pursue schemes such as eat out to help out that were aimed at renewing public confidence. “The only people who criticised the drive to get people back out are those who didn’t understand the concept of what he was doing,” he said. “It only doesn’t make sense if Covid is your entire and sole focus. Other things do have to go on.”

Scientists have said the scheme may have contributed to a spike in cases. Prof Carl Heneghan of Oxford University told the Commons science and technology select committee this month that cases had risen in the first week of September, right after the end of the scheme.

“You go back to August 30, you had about 1,000 detected cases and that then went up to 2,600,” he said. “It’s interesting to note that was right around the bank holiday, and the Monday we had Rishi’s eat out [to help out]. That was a huge success but that actually led, potentially, to some sense of increase in cases.”

Speaking later at a press conference, where he was asked about the impact of the scheme on the spread of the virus, Sunak said the UK was following similar paths to other countries in Europe. “It is simplistic to look at any one thing,” he said. “There are going to be lots of factors at play as to why the virus is acting in a way that it is.”