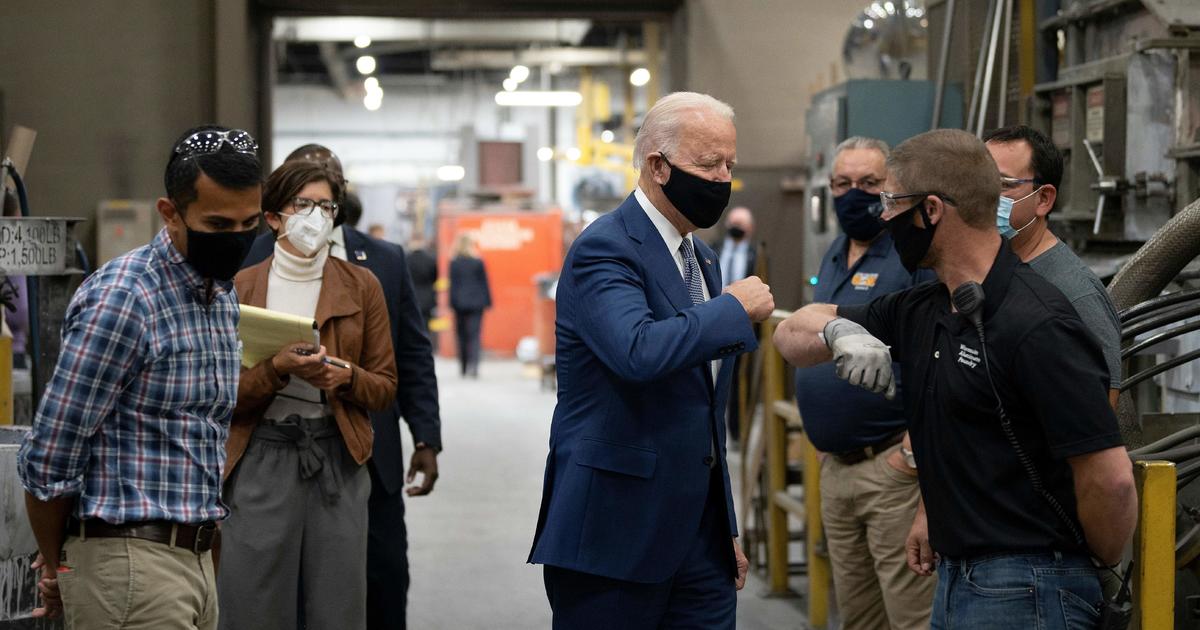 Washington — As the number of days until the presidential election ticks down, support is growing for former Vice President Joe Biden from former government officials who typically remain on the sidelines of presidential contests and ex-elected officials who are bucking their own party in favor of the Democratic presidential nominee.

The public backing of Biden has come from retired military leaders, Republican governors and lawmakers, top national security and intelligence officials and even departed members of President Trump’s administration, all of whom say Mr. Trump is unfit for another term in office and believe Biden is the candidate who can tackle the challenges facing the nation.

Endorsements of presidential hopefuls are typical of elections, but the contentious 2020 presidential race has resulted in what some say is an unprecedented uprising, ranging from senior leaders to rank-and-file officials who have decided to speak out and put country over party.

“These are people from all walks of life, all across the spectrum, who have had high-ranking appointed positions, party operatives, elected officials, who have given their life and soul to the party saying, ‘I can’t do it anymore. This isn’t right,'” former New Jersey Governor Christine Todd Whitman, a Republican, told CBS News. “I haven’t seen this volume of people willing to publicly say, ‘I can’t support my party.'”

Whitman, who led the Environmental Protection Agency under President George W. Bush and is the national chairwoman of Republicans and Independents for Biden, was among a group of Republicans who appeared during the Democratic National Convention in August to endorse Biden.

Since then, former Republican governors and lawmakers including Michigan Governor Rick Snyder, Arizona Senator Jeff Flake and Virginia Senator John Warner, have all thrown their support behind Biden.

“This time is different, and what stands out is the reason why,” Susan Del Percio, a Republican strategist and senior adviser to the Lincoln Project, an anti-Trump GOP group, told CBS News. “When you’re looking at this 2020 election, you see Republicans coming out for the sole purpose of putting country over party. They’re endorsing for the sake of decency in the country, and that’s the fundamental difference between this time and every other time.”

The Republicans looking to unseat Mr. Trump acknowledge that with the endorsements of Biden, they aim to reach a specific subset of the electorate — primarily Republican women in the suburbs who voted for the president in 2016 because they disliked Hillary Clinton.

“They said, ‘Let’s give him a shot,’ and are now disgusted by his behavior,” Del Percio said. “But the importance of having these Republicans and independents stand with Biden is to basically say, ‘I understand what you did in 2016. I don’t ridicule you for that, but now the man has a record and now look at it through that lens.'”

The purpose of Republicans publicly announcing support for Biden, she continued, is to “make them feel secure that everything won’t become Democratic rule and that Republican policies don’t matter anymore.”

“They do,” Del Percio said. “But the country can’t survive four more years of Donald Trump, and it’s about putting the country first and letting voters know that.”

Polling conducted by CBS News shows Biden leading with women overall, and an August poll had the former vice president ahead of Mr. Trump among suburban women 57% to 39%.

Still, Whitman said she has spoken with many voters who don’t support the president’s reelection bid, but may not cast a ballot at all because they have never voted for a Democrat.

“My fear is that so many of those people will just stay home, and we want to make sure they know this is too important of an election to sit out,” she said. “It’s not to sway his acolytes and make an impression on them, but for those who are still struggling with how to handle this election. That’s where it makes a difference, and those are the people we’re trying to reach.”

The most recent show of support for Biden came Thursday morning, when nearly 500 retired military generals and admirals, former ambassadors and top national security officials said in an open letter he is the presidential candidate who has the character and experience needed to “address a world on fire.”

Among those who signed the letter, published by the group National Security Leaders for Biden, were former Secretary of State Madeleine Albright, former Secretary of Defense Chuck Hagel and CIA Director Michael Hayden. Two former military leaders who worked in the Trump administration — retired Air Force General Paul Selva, who was the vice chairman of the Joint Chiefs of Staff until 2019, and retired Admiral Paul Zukunft, who was commandant of the U.S. Coast Guard until 2018 — also joined.

In response to the letter and the support for Biden, White House press secretary Kayleigh McEnany said the president’s record “speaks for itself.”

“Our military men and women, our veterans, love this president,” she said.

Major Michael Robinson, an active-duty Army officer who has conducted research on civil-military relations and partisan polarization, said retired military endorsements have been on the rise since the early 1990s and have become a regular feature of late-stage campaigns. For candidates, the endorsements can bolster their national security and foreign policy credentials.

“The military is still one of the most popular entities in American society,” he told CBS News. “Despite being its least democratic institution, the public’s expressed trust and confidence in the armed forces has outstripped nearly every other political or social institution in the U.S. for decades, including Congress and the presidency.”

But research from the 2012 election indicates retired military endorsements for either party’s candidate “are unlikely to change attitudes much outside of a few Independents,” Robinson said.

“Partisan identity is a deeply rooted predictor of voter intent, and former military officers weighing in may not do much to shake these convictions,” he said.

Still, that doesn’t mean the endorsements aren’t without consequence.

Robinson said his own research has suggested retired military officers who publicly back a candidate or publicly advise political campaigns “risk losing a credible voice to those on the opposite side of the political aisle and perhaps even chip away at public trust in the military more broadly.”

“While there is little reason to believe such endorsements may move the needle with voters, these additions suggest that retired military endorsements aren’t going away any time soon,” he said.