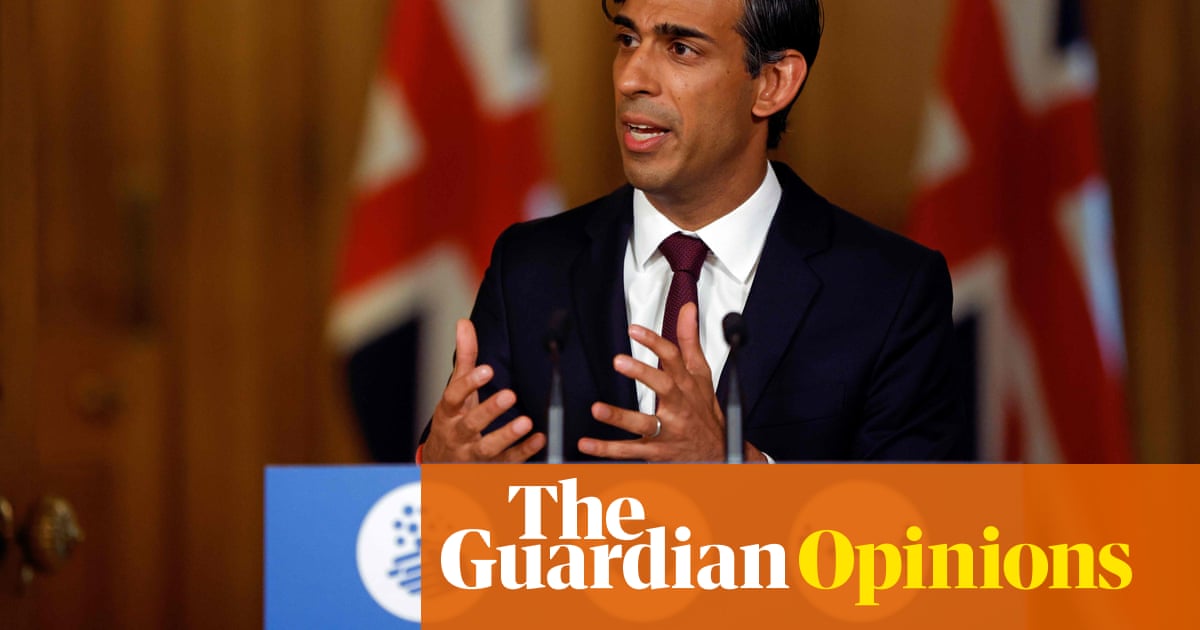 For an hour or so it felt like there was an adult running the country. Or as close as we’re likely to get to one in the Conservative government during the coronavirus pandemic. It might still all be an illusion, of course.

When Boris Johnson gives a Commons statement, he invariably sounds as if he is winging it: the measures he announced on Tuesday seemed relatively trivial when compared to Chris Whitty and Patrick Vallance’s briefing the day before. Only this morning we had the “not nice but dim” Suella Braverman calling Labour’s Ellie Reeves “emotional” for supporting the rule of law. It’s so last year for an attorney general to uphold the law.

Now it’s entirely possible that much of Rishi Sunak’s new bailout package was also knocked up at the last minute. After all, he abandoned his planned autumn budget at short notice and he was cutting it fine to announce his new policies before the furlough scheme ends at the end of next month. But the chancellor has the important gift of sounding serious and credible. And if it all turns to shit, at least it will have been nice while it lasted.

Not that Sunak’s statement to the Commons didn’t have a few echoes of Boris-like mindless optimism at the start, when he observed that we were in a far better position now than we had been back in March. The neutrals might reckon that we have done our best to waste whatever advantages we might have had in the spring by reacting far too late to the crisis, by emptying hospitals into care homes, failing to provide PPE and putting in place an entirely inadequate test-and-trace system. All of which had put the UK near the head of the mortality ratings.

You might also point to the chancellor’s “eat out to help out” scheme in August as having contributed to the new restrictions that have had to be put in place. But Sunak has credit in the bank – if not in the Bank of England – for having put in place the imaginative furlough scheme that was more generous than many expected, so most MPs on all sides of the house are prepared to cut him some slack and give him a fair hearing.

So having got through the opening “reasons to be cheerful”, the chancellor cut to the chase. The furlough scheme had run its course – aka it was far too expensive to continue longer than the few months the government had anticipated – so to prevent millions of people from falling into a financial black hole he was now going to introduce the job support scheme. Or furlough-lite, as one of its unspoken agendas was to save the exchequer billions.

Workers in viable jobs would be paid in full for working a third of their hours, with the government and employers splitting a further chunk of their salary. The worker would have to take the 23% hit to their earnings. In essence, it was much the same as the scheme Germany had introduced, only the Germans were running it for two years. Rishi was hoping we would be back to normal in six months: even he can’t help still believing in Boris, even though he knows it’s almost certainly bollocks.

After rushing through various other schemes – some more help for the self-employed, deferred “pay as you go” interest payments for businesses that were already broke, and extended VAT relief for hospitality companies that were effectively dormant – and closing with a hymn to living rather than existing, Rishi sat down with a look of triumph on his face. He had pulled a rabbit out of the hat yet again. He was the man who would be seen to have tried to restart a near stagnant economy and the best thing about it was that no one would yet have any clue if it was going to work. So he could survive virtually unchallenged.

The shadow chancellor, Anneliese Dodds, did point out that she had called for similar measures on 40 previous occasions, but Sunak just casually dismissed her for never having had a Plan A. Which was some cheek coming from a man who was inventing economic policy on the fly. But by and large, he got away with it because both Labour and Tory MPs were just grateful that he was at least doing something that sounded as if it was vaguely plausible and right now no one is capable of thinking more than six months ahead anyway.

Sunak did get a slightly harder ride from journalists at the Downing Street press conference. He couldn’t totally explain what was and was not a viable job – some jobs that are not viable now may be so again in a year’s time – nor was he prepared to commit himself to retraining budgets. Other than saying it would be nice if more people started new businesses. Presumably as debt collectors.

More worryingly, the chancellor proved himself to be in need of remedial maths when it was pointed out that it could work out cheaper for an employer to take on one worker full-time than two workers part-time. Nor would he commit himself to how many unemployed people he expected there to be by Christmas, how much his policies would cost or what he would do if there was another national lockdown or the crisis lasted well beyond next March. Those were all problems for another day. All that really mattered was that he had survived the day with his reputation for competence more or less intact. Which is about as good as it gets for a cabinet minister right now.