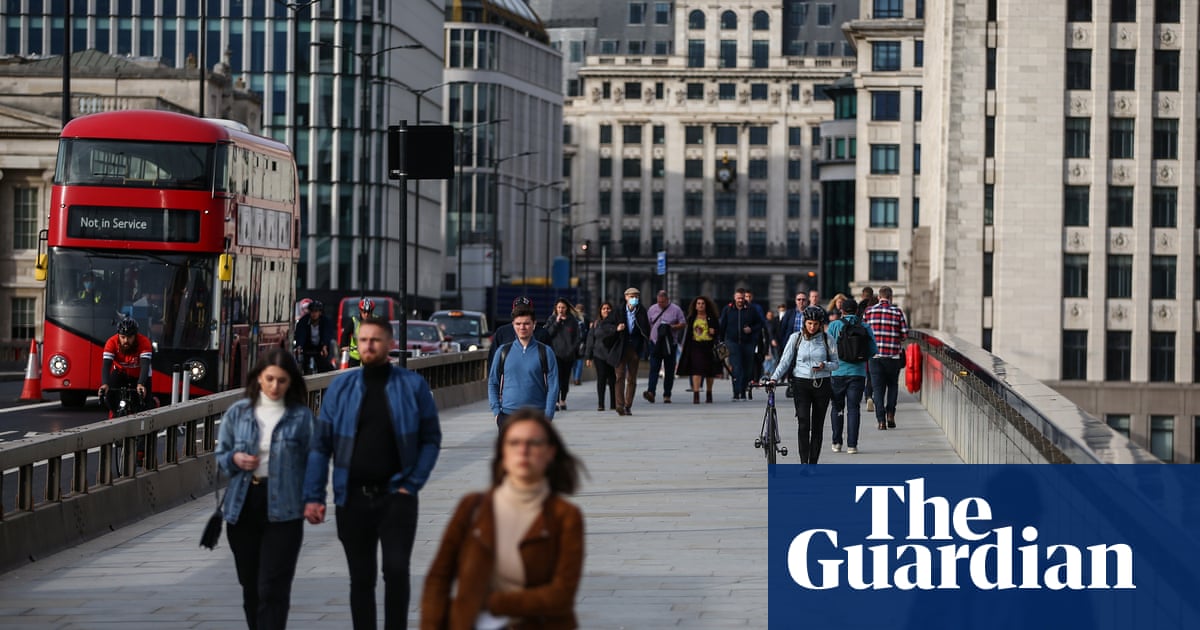 Rishi Sunak has warned that Britain faces a winter of rising unemployment as he said a new multibillion-pound spending package to boost an economy battered by Covid-19 would not be enough to prevent business failures and job losses over the coming months.

The chancellor said his winter jobs plan – a combination of wage top-ups, cash flow support for companies and an extended VAT cut for the hardest-hit sectors – was needed after tougher curbs to tackle the pandemic were announced earlier this week.

Sunak said the protracted battle against the virus meant the economy was undergoing a permanent adjustment but that it was “fundamentally wrong” to keep people in jobs that only existed due to the furlough introduced six months ago.

“We need to create new opportunities and allow the economy to move forward and that means supporting people to be in viable jobs which provide genuine security. As I’ve said throughout this crisis, I cannot save every business. I cannot save every job. No chancellor could.”

Exposing the tensions within the cabinet over the need for more stringent restrictions and their impact on the economy, Sunak told MPs that over the past six months the government had done much to mitigate the effects of the “awful trade-offs” between health, education and employment. “And as we think about the next few weeks and months, we need to bear all of those costs in mind.” The country, he added, must learn to live with the crisis and “live without fear”.

The chancellor refused to speculate on how high unemployment would go but said his replacement for the furlough – the cheaper jobs support scheme (JSS) – would support people in “viable” jobs. His announcement came as:

Sunak said the cost of the package would depend on take-up and the number of hours worked, but economists estimated it would come to about £5bn, compared with the near £40bn spent on the furlough scheme so far.

Under the plan, an employee will be able to take home a minimum 77% of their full-time wage even if they only work one-third of their normal hours, with the Treasury and their employer making up the difference. The Treasury will pay a maximum of 22% of usual wages. The more hours worked, the lower the proportion of wages paid by the government.

Support for many, but not all, self-employed workers will be extended.

The governor of the Bank of England, Andrew Bailey, together with the Confederation of British Industry and the Trades Union Congress – two organisations closely consulted by the chancellor over what should replace the furlough – welcomed the initiative.

Frances O’Grady, the TUC general secretary, said: “Unions have been pushing hard for continued jobs support for working people. We are pleased the chancellor has listened and done the right thing. This scheme will provide a lifeline for many firms with a viable future beyond the pandemic.”

Carolyn Fairbairn, the CBI director general, said: “These bold steps from the Treasury will save hundreds of thousands of viable jobs this winter. It is right to target help on jobs with a future, but can only be part-time while demand remains flat. This is how skills and jobs can be preserved to enable a fast recovery.

Others were more critical, warning that the JSS was more expensive for employers than the schemes in Germany and France on which it was modelled. German employers, they pointed out, did not have to make any contribution to cover the lost hours of their workers.

The Deutsche Bank economist Sanjay Raja said the measures would not “protect against a bitter winter”, while the Institute for Fiscal Studies thinktank said some jobs that would be viable in the long term – such as those in nightclubs – could not be viable while government restrictions were in place.

Nightclub workers cannot work the minimum 33% of their usual hours to qualify for the support scheme because clubs are banned from opening. The IFS said: “When the furlough scheme expires that is likely to translate into sharply rising unemployment.”

Before the new restrictions were imposed this week, the Bank of England had estimated the jobless rate would rise from its current 4.1% to 7.5% by the end of the year.

Jonathan Geldart, the director general of the Institute of Directors, said: “These new measures should bring some relief to many directors fearing a harsh winter for their businesses and people. As the virus wears on, the Treasury is right to seek a balance between protection and adjustment. However, at first blush it’s not yet clear how much the job support scheme will help hard-pressed firms hold on to staff.”

Sunak’s measures were met with scepticism from Labour, but received a generally positive response from many fellow Conservative MPs, even if this was caveated by the hope for extra, targeted help for particular areas.

The shadow chancellor, Anneliese Dodds, welcomed the job subsidy scheme, but questioned whether it risked employers finding it more profitable to keep on fewer staff for longer hours.

“I have called for the introduction of a system of targeted wage support 40 times,” Dodds said. “That call has been rebuffed by his government 20 times. It’s a relief they have U-turned now.”

Dodds also complained that the rushed-through announcement came “too late for many people who have already lost their jobs, because the businesses employing them believed there would be no wage support following the end of next month”.

In a truncated Commons session in which Sunak faced only 45 minutes of questions, he won praise from his predecessor Sajid Javid, who spoke of the current chancellor’s “decisiveness, resilience and creativity”.

Mel Stride, the former Treasury minister who now chairs the Commons Treasury committee, was also complimentary, but urged Sunak to take account of the “considerable concern” about self-employed people losing out on support.

The relatively small number of other Tory MPs able to speak were also broadly supportive, although several had specific requests for targeted assistance, such as Nickie Aiken, the MP for Westminster and the City of London, who asked about support for the West End’s theatres and hospitality industries.

The chancellor’s defence in his statement of summertime efforts to reignite the economy with the eat out to help out programme also saw him hailed by the contingent of Tory lockdown sceptics as an ally within the cabinet.

Speaking after the Commons debate, MPs including Steve Baker and Iain Duncan Smith said they believed Sunak was showing a “pragmatism” that would balance the economy against public health demands.