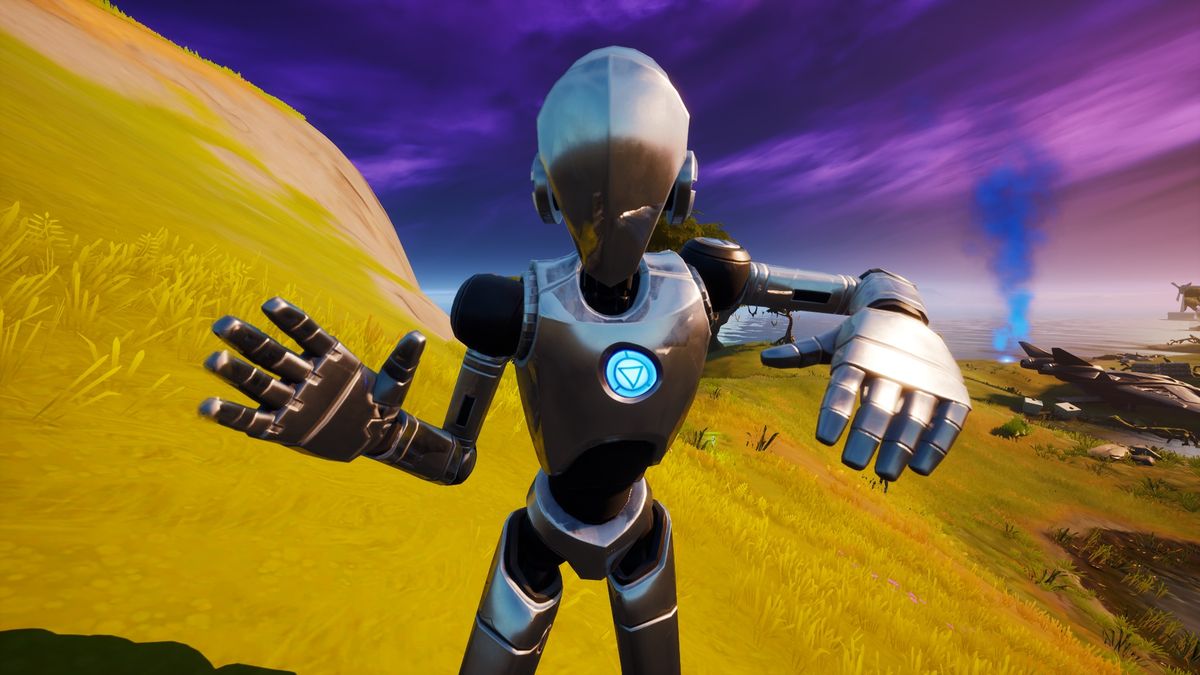 The latest rounds of Fortnite challenges have become available, and this week, they want you to get jiggy with it. Thankfully you don’t have to dance like no one is watching, because you’ll be tearing it up with at least one robot friend. This week 5 challenge asks you to figure out how to make a Stark robot dance.

Here’s how you get those cold husks of steel to, quite literally, do the robot.

How to make a Stark robot dance

First off, you need to find a Stark robot before you can make one dance. You’ll remember that Stark robots tend to hang out around the Quinjets that land at different locations across the Fortnite map.

Simply look for the blue smoke emitting from a Quinjet or just look on your map for the white jet icon. That’s how you’ll know where to look.

Once you’ve figured out which Quinjet to approach, make sure you’re at least somewhat kitted with a weapon or two. The Stark robots are diligently guarding each Quinjet, and a pack of them puts up a mean fight. Try to attract one away from the others if you can.

Now all you have to do is use a dance emote, and as long as the Stark robot is relatively close, it’ll start doing the (surprise) robot dance.

For your trouble, you’ll get 25,000 XP added to your battle pass. Not too hard of a challenge, assuming you didn’t get lit up by several other Stark robots while you’re trying to make dance floor magic.

Don’t forget that we’ve got a ton of other Fortnite guides and news for you. In case you missed it, here’s the latest secret Fortnite challenge that will get you some extra  XP. You’ll also want to check out the latest patch notes for the v14.20 update, which will add one special Marvel character to the mix and more. There’s also the new Rocket League challenges to complete, which earn you some nifty cosmetics for both free-to-play games.