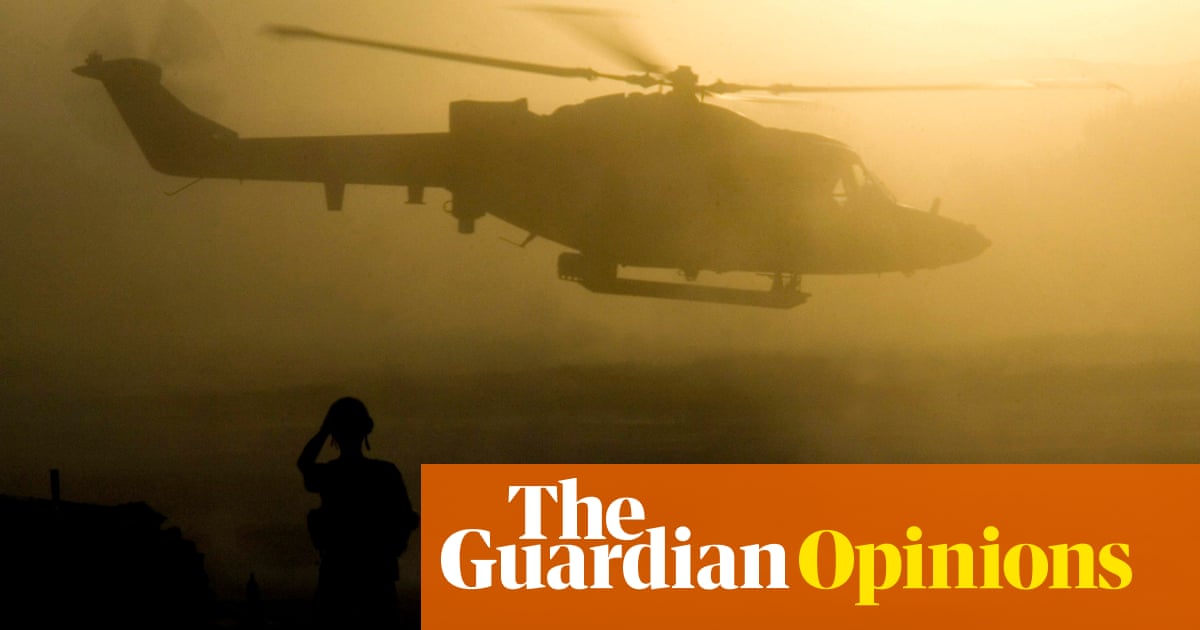 A week ago, the government showed its brazen willingness to violate international law in relation to the EU withdrawal agreement. So it should be no surprise that it now wishes to ignore the UN convention against torture and the European convention on human rights (ECHR). Last week the villains were those wicked Europeans; today it is activist lawyers and human rights, which are said to hamper rather than inspire the military overseas. Last week, the not-so-hidden jibe was against Sir Keir Starmer as a “remainer lawyer”. This time no doubt, the prod is against the Labour leader as a former director of public prosecutions.

The overseas operations bill arrives in the House of Commons for its second reading on Wednesday. It severely restricts the ability to prosecute serious criminal wrongdoing by overseas personnel by installing a presumption against doing so after five years. It also requires the attorney general’s consent for any such prosecution. Anyone who has lived through the war on terror will know that we could reasonably face a scenario in which a victim of torture is detained in a legal black hole for far longer than it might take to pursue a crime against them. Further, the law officer who must consent to any prosecution may well have been the person responsible for authorising the operation now being impugned.

The counter-argument will be that those involved in overseas operations should not be left in limbo for years after controversial missions. I completely agree. The answer to that is surely more public transparency and political accountability for military intervention. It is also more resources for any criminal investigations – not political interference with possible prosecutions.

The true meanings of both patriotism and internationalism – and the relationship between them – have become especially urgent and sensitive questions at the moment. The Black Lives Matter movement rightly demands that we look at the continuing and harmful legacy of empire. Some people find that a difficult challenge to national pride and identity. We hurtle towards a no-deal Brexit in the middle of a deadly pandemic in which so many of our older people and NHS workers (from all over the world) have been shamefully under-protected. That hardly seems patriotic.

One thing is crystal clear, however. There can surely be no tension at all between any notion of British patriotism worth having and the international and domestic rule of law.

The bill goes on to interfere with the courts’ discretion exceptionally to allow civil claims against the Ministry of Defence after six years. This would include claims by veterans hurt by friendly fire during overseas operations, as well as civilian victims of torture, arbitrary detention and unlawful killing. All in all, it is hard to envisage how any one of its provisions is consistent with the kind of ethical defence and military policy that all patriots of right and left espouse – at least in public. Dog-whistle political rhetoric is bad enough for our discourse. When it is sprayed onto the statute book, it makes for very bad law indeed.

Finally, the bill requires the secretary of state to consider opt-outs from the ECHR in respect of any significant overseas operation. So we are to sign up to peacekeeping and humanitarian operations while withdrawing from the most fundamental international post-war legal norms. The Thatcher government designated the torture of anyone, anyone in the world, a domestic criminal offence in 1988 – and the Human Rights Act incorporating the ECHR is surely one of the greatest legacies of the Blair administration. The convention itself allows certain opt-outs, but only when “strictly necessary” and in time of “war or public emergency”. So once more, the government is seeking to use domestic law as a means of varying or at least pretending to vary international obligations. It doesn’t matter that this cannot be effective. It matters that the government believes this to be a good look for Britain.

Herein lies the real rub. If this bill were to gain safe passage so that both veterans and civilian victims of future atrocities were barred from redress in our UK courts, where would they be forced to go instead? To the European Court of Human Rights in Strasbourg. How would a future Conservative government respond to that? Such interference by a “foreign court” would surely be the justification for pulling out of the Council of Europe. No rule-of-law-minded patriot wants to fall into that particular trap.