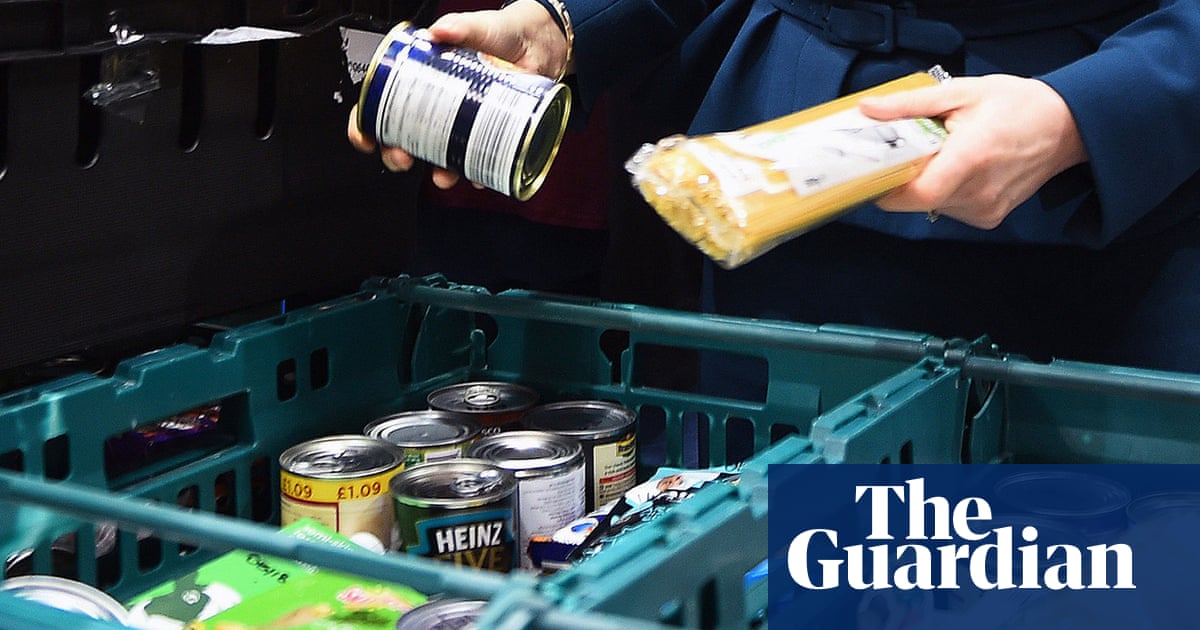 The UK’s poorest households struggle to afford to meet the government’s recommended guidelines on a healthy diet, leaving them more at risk of obesity and heart disease, an annual audit has revealed.

With healthy foods three times as expensive as less healthy ones, the 20% least well-off families must spend 40p of every pound of their income in order to achieve an officially nutritious diet, according to the Broken Plate audit, compared with just 8p in the pound for families in the wealthiest 20%.

The audit, published by the Food Foundation thinktank, estimates that if the diets of the least well-off do not improve, more than half of the children born in the UK this year will experience obesity as a result of poor diet by the time they are 65.

Existing inequalities in the ability of families to buy sufficient healthy food had been highlighted during the coronavirus pandemic, which had demonstrated a “failing system where the poorest simply cannot afford to feed their families”, the foundation said.

The foundation is a partner in footballer Marcus Rashford’s child food poverty task force, which was set up this month with the aim of ending food poverty in the UK.

Foundation director Anna Taylor said: “Covid has exposed the devastating consequences of diet-related disease, showing that efforts to shift our food system in favour of healthy eating have been too little, too late. Leaving citizens to swim against the tide of a system which favours unhealthy eating is no longer an option.”

The government’s Eatwell guide recommends people eat at least five portions of fruit and vegetables a day, two portions of fish a week, while limiting consumption of meat and processed food high in sugar and salt.

“We need to ensure that people aren’t incentivised to buy less healthy food because it is more affordable,” the report said.

Fast food outlets accounted for a quarter of all food shops in English local authorities in 2019, the audit said, although this ranged from 12% in the Cotswolds to 39% in Blackburn. One in six council areas experienced an increase of more than 5% in the proportion of fast food shops in 2019.

The foundation found improvements in just two of 10 principal metrics that it uses to audit the UK food system each year. The proportion of children’s breakfast cereals with high sugar content had decreased by 12 percentage points, while the proportion of vegetarian ready meals had increased by a third since 2018.

The Broken Plate report comes amid increasing concern over a growing crisis of food poverty and unhealthy eating, exacerbated by the coronavirus pandemic, in which the poorest households struggle to eat regularly and healthily, and reliance on charity food parcels is growing.

The Food Standards Agency reported in August that the pandemic had had a catastrophic effect on the nutritional health of the poorest families, with as many as one in 10 forced to use food banks, and millions skipping meals or going hungry.

The government-commissioned national food strategy, published in July and written by Leon restaurateur Henry Dimbleby concluded that without urgent state intervention the Covid-19 crisis would lead to a “sharp rise in food insecurity and outright hunger”.

A government spokesperson said: “Our food system must deliver safe, healthy and affordable food for everyone, regardless of where they live or how much they earn.

“The independent review by Henry Dimbleby looks at how we can reform our food system and our world-leading obesity strategy aims to help families make healthier choices and reduce obesity rates.