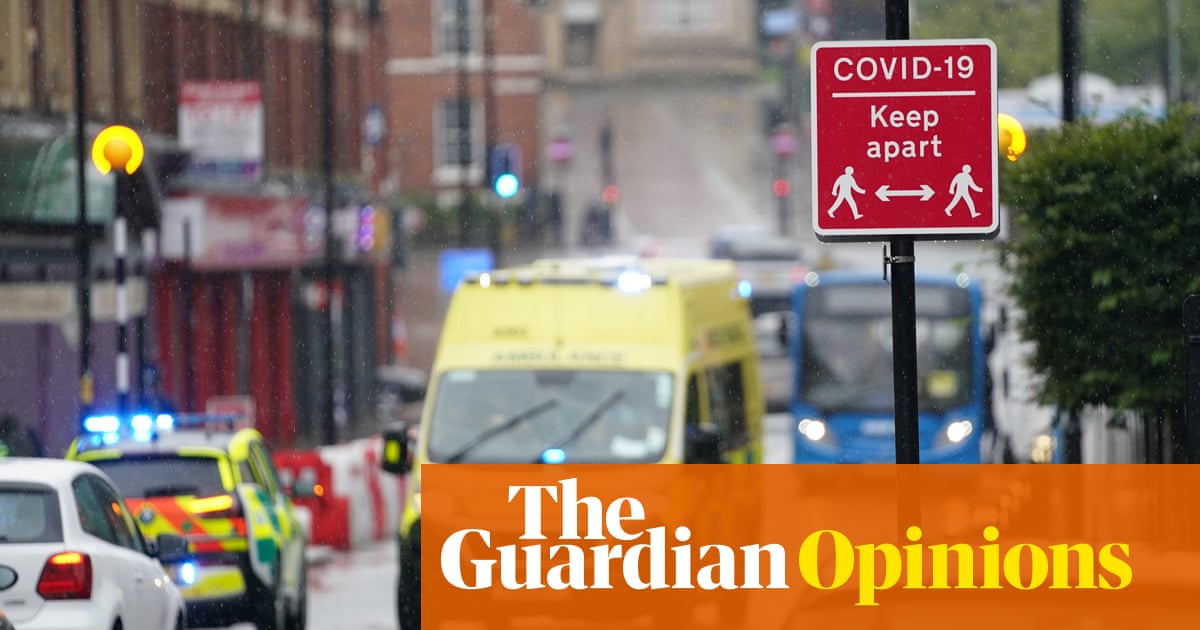 It’s both true and a little obvious to say that coronavirus knows no borders. But it’s important to point out that neither is it much concerned with established cliches about the internal geography of the UK. There has been no clearcut “north-south divide” in the spread of the pandemic throughout England, for example. Indeed, if anything, the narrative of recent months has emphasised that traditional notions about England’s social and political makeup are becoming increasingly irrelevant and outdated.

Our cultural landscape is changing. In place of a 20th-century discourse that viewed England as a land of mega-regions – like north and south – and saw a great cultural faultline between industrial and non-industrial areas, coronavirus is combining with political developments to highlight a new and very different reality. In simple terms, the great divide in English life is now between the cities and everywhere else.

In the 2019 general election, this was borne out by the fact that the Labour party’s non-metropolitan heartlands – the “red wall” seats in small towns and rural-industrial parts of areas such as County Durham and the east Midlands – mostly deserted a party they no longer cared for. Meanwhile, Labour’s vote held up pretty well in cities both large and small. Its MPs were comfortably returned in Liverpool, Cambridge, Bristol and Newcastle, and it even saw some modest gains in places such as Bradford West and several London constituencies.

Similarly, though the pattern of Covid-19 infection is too varied and erratic to reduce to a simple geographical formula, the available data plainly shows that it has disproportionately affected conurbations. Since March, after an initial period when London was the centre of the virus, the main “areas for concern” in England have almost all been in the West Midlands, Greater Manchester, Merseyside, West Yorkshire and Tyne and Wear.

In a worrying development, the fact that pockets of remaining Labour support also tend to be the urban areas worst hit by the pandemic seems to have opened up a new front in the Tory-led culture war. While places such as Gateshead and Trafford struggle with the medical and economic effects of Covid-19, rightwing commentators have stepped up their attacks on cities, portraying them as hotbeds of anarchy and crime, and suggesting they are ruled by a sinister “woke” establishment of universities, museums, art galleries, local authorities and other civic institutions. In beginning one of these articles by claiming that “this year has seen a rising perception that the centres of our cities are not good places in which to spend time”, the Telegraph’s Patrick Flynn drew an implicit link between such fantasies of urban degradation and the impact of coronavirus on English civic life.

As has been pointed out, this sort of messaging recalls recent attempts by US Republicans to suggest that “Democrat-controlled” cities are to blame for an apparent rise in civic unrest and lawlessness. In an English context, the anti-urban tendency seems designed to eliminate the last bastions of resistance to Conservative dominance. It seeks to vilify the strongholds and figureheads of an apparently leftwing “soft power” – and also, perhaps, to discredit “Labour-controlled” cities in order to open up these parts of the country to future Tory takeover.

While demonising Labour-led cities and hinting that they are the source of all manner of contemporary ills will go down well in traditionally Tory rural areas, it also has the potential to allow the Tories to make inroads into urban areas themselves – by replicating a tactic that worked remarkably well in the context of the red wall seats and the 2019 general election.

Boris Johnson’s campaign was such a runaway success largely because it understood and harnessed popular resentment against institutional elites. On a national level, in spite of his notably elitist background, Johnson was able to pose as an insurgent, antiestablishment candidate. To many voters, he came across as an earthy, no-nonsense character who would “get Brexit done” in the face of opposition from the law courts and a haughty elite dwelling in a half-imagined, half-real “Westminster bubble”.

A similar narrative played out to compound Labour’s electoral woes at the local level. While Labour had not been in power in Westminster for nearly a decade, in many parts of the Midlands and north Labour councils have been the local political establishment for far longer than that. As a result, in a period of funding cuts and visible decay in post-industrial towns, considerable resentment built up against Labour-controlled councils in these areas, despite the fact that in most cases local government had no way of mitigating the effects of Westminster-imposed austerity.

In 2019, this added to a general sense of disillusionment with Labour in the red wall areas, which cost the party dearly (see, for example, the way local and national failures combined to turn former Labour stronghold Bolton into a majority-Tory town). Perhaps, Labour’s existing strength in adjacent urban districts with younger, more precarious, more ethnically diverse voters will mean that English cities avoid a similar fate in future elections, beginning with the scheduled council and mayoral ballots in May 2021.

However, it is also possible that the anti-institutional campaign that worked so well for the Tories in 2019, and which is currently being channelled into rightwing attacks on Labour-controlled urban areas and supposed liberal-establishment dystopias, still has some way to go before it runs out of steam. This could well lead to further Tory gains next May: by painting themselves as the voice of the silent majority arriving on the scene to restore order and good common sense.

In borrowing from the Donald Trump playbook, and continuing to promote the idea that all England’s problems are ultimately the fault of corrupt urban elites, the Tories under Johnson may have hit on a magic formula with room for yet more success. For now, unless some major event occurs that is even more radically destabilising than Covid-19, it is difficult to see what can be done to oppose their stranglehold on the new English political landscape.