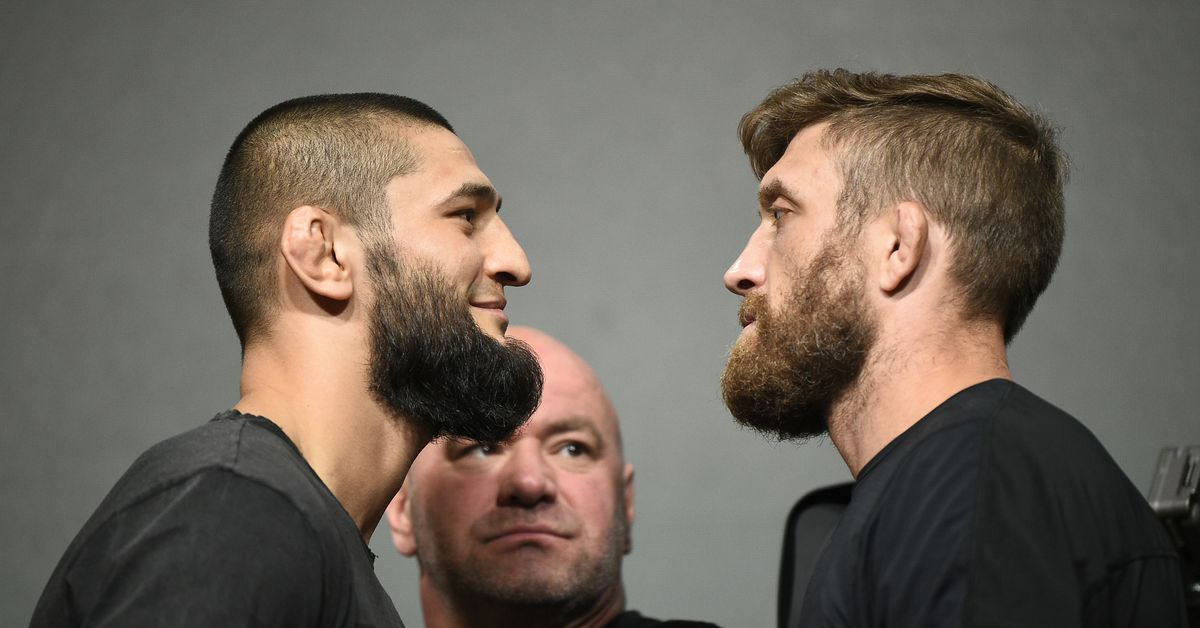 This is the UFC Vegas 11 live blog for Khamzat Chimaev vs. Gerald Meerschaert, a middleweight main card bout on Saturday’s fight card at UFC APEX in Las Vegas.

Chimaev, 26, is one of the most heavily hyped fighters in recent UFC history, no thanks to a pair of wins in just 10 days in July on Fight Island. After putting away John Phillips and Rhys McKee in short order, he hopes to make it three in a row against Meerschaert, a jiu-jitsu black belt who’s seen several ups and downs in the octagon, including a recent loss to Ian Heinisch.

Meerschaert has bet a black belt he’ll be able to humble the young fighter and deflate that hype bubble, while Chimaev believes Meerschart is a mere stepping stone to an expected welterweight fight against two-time UFC title challenger Demian Maia,

Check out the UFC Vegas 11 live blog below.