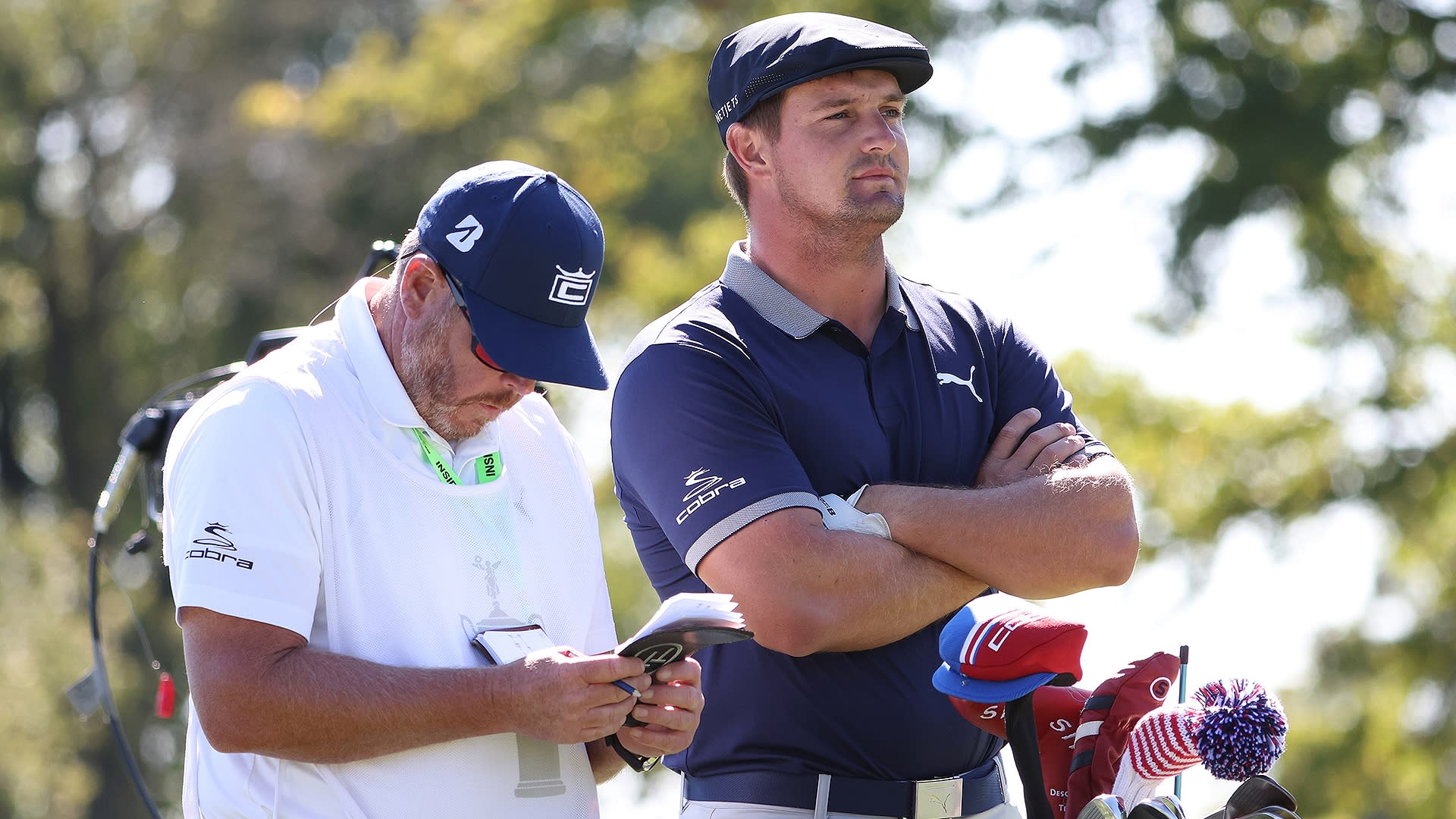 MAMARONECK, N.Y. – Bryson DeChambeau has remained aggressive at the U.S. Open, despite hitting just 17 of 42 fairways through three rounds. He’s also remained in the hunt, at 3 under par and just two shots behind front-runner Matthew Wolff.

Although most contend hitting fairways is crucial at Winged Foot that hasn’t been the case for DeChambeau. Asked how many times this week he’s ended up with a lie that required he simply hack out to the fairway, his answer was surprising.

DeChambeau’s strategy to use his length to his advantage is based on the notion of missing those drives in the right spot and having the ability to advance the ball to the green with a much shorter club than most of the field.

“For the most part if you’re able to hit it far enough up there, I feel like wedges you can get it out pretty easy and run some stuff up,” he said.

As he does with every aspect of his game DeChambeau has made playing from the rough a science based on how thick the grass is around his ball and whether it’s down or into the grain.

“We do percentages, like how much it’s going to hurt the ball speed,” DeChambeau said. “It’s like, OK, I hit it 180 yards, how much is this lie based on the loft going to affect it, and we go percentages, so it’s like, you’ve got to play it like a 195 shot.”