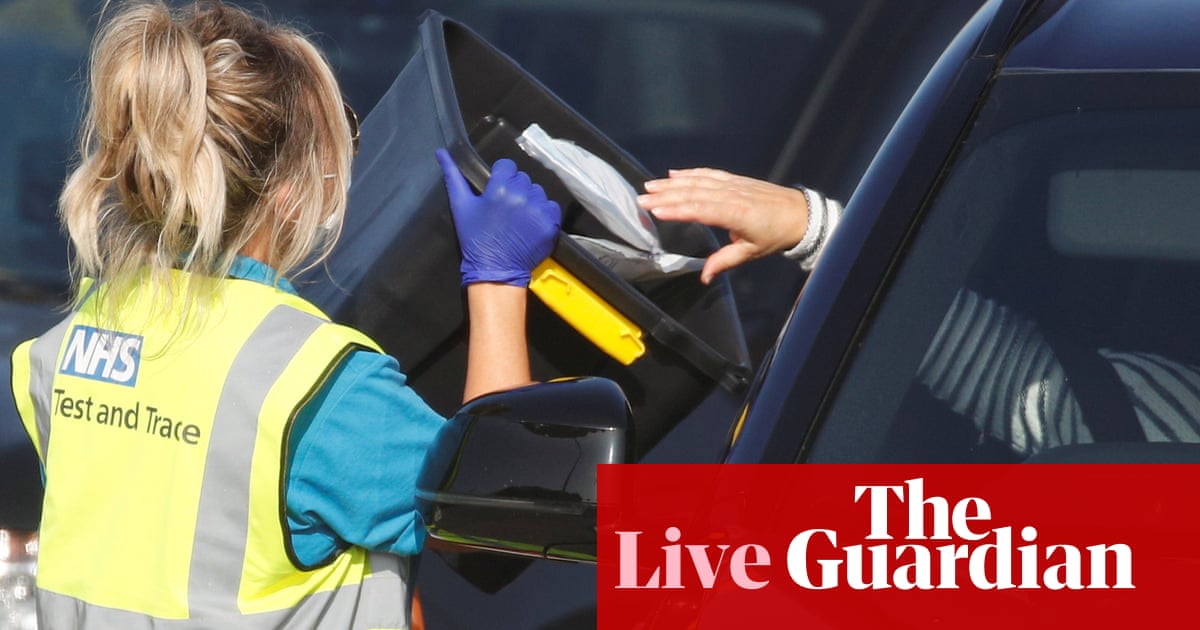 Ryanair has announced it will cut its planned October flight capacity from 50% of last year’s levels to 40%.

A spokesman for the airline said:

However, as customer confidence is damaged by Government mismanagement of Covid travel policies, many Ryanair customers are unable to travel for business or urgent family reasons without being subjected to defective 14-day quarantines.

Restaurants, pubs and other hospitality businesses could be shut or asked to close early for a few weeks as part of a national “circuit break” to stop a surge in coronavirus cases in England getting out of control.

The measures are being considered, according to the BBC’s political editor, Laura Kuenssberg, as the number of cases of the virus is doubling every seven to eight days, with more than 3,300 new cases reported on Thursday.

Schools and workplaces would remain open but hospitality businesses would have “circuit breaks” – essentially shutting their doors or changing their opening hours for a few weeks.

New lockdown measures are also expected to be introduced in Lancashire – with the exception of Blackpool, the BBC reported. It follows local lockdowns brought in elsewhere in the north of England.

The government is considering the proposal for circuit breaks, although a final decision has not been made. Boris Johnson is said to be against another national lockdown, which would mean shops and businesses would close.

The MP for Stockport in Greater Manchester was delighted this week to receive a letter promising a new testing site in his constituency, where the infection rate is almost double the national average.

There was only one problem: the much-needed facility was 240 miles away – in Kent.

In a letter to the Labour MP Navendu Mishra, the health minister Lord Bethell wrote: “I am writing to update you on the provision of Coronavirus testing in Stockport.”

However, the letter added: “I wanted to write to you to confirm that we are opening a Local Test Site in your constituency at the Jellicoe Building Car Park – University of Greenwich, over the coming days.”

Even for a national testing programme that frequently directs people to facilities far outside their hometowns, a nine-hour round trip to Kent would be something of a stretch for Stopfordians.

The letter from Bethell, a “minister of innovation” at the department of health and social care, said officials had “engaged with local stakeholders to narrow down the location and identify a suitable site”. However, it added: “I hope this site will make it easier for many people in Brompton to access testing” – a possible reference to West Brompton in south-west London

I know we haven’t seen the details of the Government’s parliamentary boundary review yet but it would appear that the new Stockport constituency will stretch all the way to Kent!

This once again highlights the government’s complete mishandling of the Covid crisis, further putting lives at risk as we enter the second wave. Never mind Operation Moonshot – this Government can’t even provide tests for those that need them.

Health secretory Matt Hancock said has been doing the media rounds this morning following reports that the UK could go into a second national lockdown in October.

Hancock told BBC Radio 4’s Today programme that the government is keen to avoid national lockdown altogether, describing it as “the last line of defence.

Asked if he was considering a new national lockdown, the health secretary said:

I have learned over the last nine months not ever to rule anything out. However, it is not the proposal that’s on the table.

He warned what happens in the next few weeks is crucial:

This is a big moment for the country. We are seeing an acceleration in the number of cases. And we are also seeing that the number of people hospitalised with coronavirus is doubling every eight days We are now starting to see the effects in hospital.

Leading scientists who sit on UK government’s advisory board have proposed a two-week national lockdown in England in October to try to tackle the rising number of coronavirus cases, the Financial Times reports. The second national lockdown could coincide with the October school half-term, so it has a limited impact on education.

This follows reports that Leeds is poised to be added to the list of areas in England facing stringent coronavirus restrictions on Friday. Infection rates in the West Yorkshire city remain lower than some other hard-hit cities, but have been increasing rapidly, prompting ministers to act. The constraints are likely to include shutting social venues such as pubs and restaurants at 10pm, and limiting contact between separate households.

If local measures are imposed on Leeds today, it would mean more than 10 million people across the UK are living with enhanced measures designed to control the spread of infections.

The rising cases comes amidst sharp criticism of the UK’s coronavirus test and trace system, which was condemned as “barely functional” as its tsar admitted that demand was up to four times capacity, while 90% of tests were failing to hit the 24-hour turnaround target.

If you want to get in touch, you can email me (aamna.mohdin@theguardian.com) or message me on Twitter