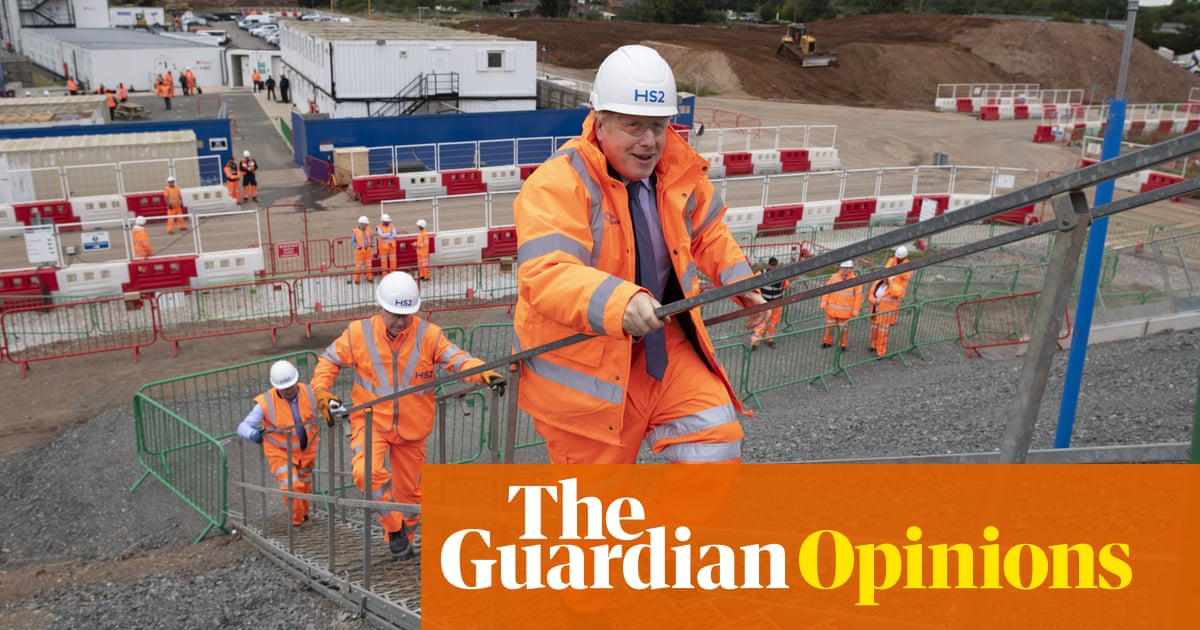 Poor Wylfa. The nuclear power station nestles in a landscape of bliss in north Wales, but it was never glamorous enough for Westminster. This week the Japanese firm Hitachi failed to get sufficient government subsidy for its rebuilding, and pulled out. Wylfa lacks the political magnetism of the only other spearhead into Britain’s new nuclear age, Hinkley Point.

Hinkley Point was different. It was blessed by France’s then economy minister, Emmanuel Macron, and seen as talisman of the “golden era” of Anglo-Chinese relations under David Cameron and George Osborne. This was despite doubts over its security and a blistering national audit report on its £22bn cost and £50bn lifetime energy bill surcharge. The project was not about money or energy but about preening diplomacy. Wylfa could eat its heart out.

If I were starting a business school I would offer an honours course in vanity infrastructure. In April, Boris Johnson finally issued “notice to proceed” on the most lavish construction project in Europe, Britain’s new railway, HS2. Its value for money was plummeting even before coronavirus, at just £1.20 for every £1 in cost, and possibly heading towards 70p.

Inquiries by the National Audit Office and Commons Accounts Committee were scathing not just at costs soaring from £34bn in 2010 to £106bn today, but at the morass of consultants, facilitators, conflicts of interests and dubious bonuses swilling round HS2 Ltd, its boss pocketing £660,000 a year. Supporters continued to weave and dodge between arguing the case for speedier journeys, more commuter capacity and a “boost for the north”.

What has been intriguing about HS2, like Hinkley Point, is its political invulnerability. From now on it will be charging British taxpayers over £100m a week for the scheduled 20 years of the project. The sums are so stupefying as to have an inverse effect. They are taken as a sign of political machismo, of “build, build, build”. Opponents have included even Johnson and his svengali, Dominic Cummings. Other ministers are only too aware that £100m a week cannot avoid impacting on their projects.

Over last winter, HS2’s still uncertain Whitehall champions were desperate to get it across the threshold where cancellation would appear more politically damaging than proceeding. Despite increasing evidence that the line would largely benefit rail capacity into London and may never go beyond the Midlands, they spliced it on to Johnson’s “levelling up” agenda and demanded a decision in April, in the midst of the Covid crisis. They won what is currently Whitehall’s most coveted prize, Johnson’s U-turn of the week.

The absurdities of vanity politics were no less evident at the other end of the spectrum in this week’s total closure of Hammersmith Bridge in London. The bridge’s owners, Hammersmith and Fulham council, had been screaming for years to London’s mayor about its deterioration, which they could not possibly afford to repair. The bridge was closed to traffic 18 months ago and the public is now banned from walking over it and even boats from passing under it. That scuppers next year’s boat race.

The chief target of the screaming was London’s previous mayor, Johnson. At the time he was splurging money on vanity projects, including a cable car, a giant helter skelter, rear-entry buses, police water cannon and a £175m “garden bridge”. By the time the garden bridge was halted by Johnson’s successor, Sadiq Khan, £43m of taxpayers’ money had vanished into the project. That is almost exactly the sum needed to stabilise Hammersmith Bridge.

Since closure coincided with that of London Bridge and Vauxhall Bridge, the story was a gift to last week’s New York Times: “London’s bridges really are falling down”. The headline instantly had the transport secretary, Grant Shapps, racing to Hammersmith to declare himself “fed up” with Khan and promising urgent action to save the bridge. He seemed unaware that his boss was chiefly to blame. Now the cost of full restoration of the bridge has risen to £141m, or 10 days’ spend on HS2.

Business students will note the role the media plays in these projects. Whitehall has a formal audit monitoring of infrastructure projects, meticulously charting their value for money. This appears to have no bearing on what gets cabinet approval. Meanwhile, the Treasury’s traditional scepticism towards public extravagance, savagely austere towards local government spending, vanishes in a puff of glory when the rate of return is measured in headlines rather than public benefit. .

The assumption that all public infrastructure must be good is now holy writ. Every political speech, every party manifesto, bows before it. The Trades Union Congress and Confederation of British Industry cry in unison. Infrastructure is “investment” – in power stations, railways, prisons, schools. Anything built, its mere creation, implies a positive rate of return. No one questions priorities or asks who will pay for what goes on inside. As for Wylfa, it is clearly the Hammersmith Bridge of power stations. Perhaps it should call the New York Times.

• Simon Jenkins is a Guardian columnist