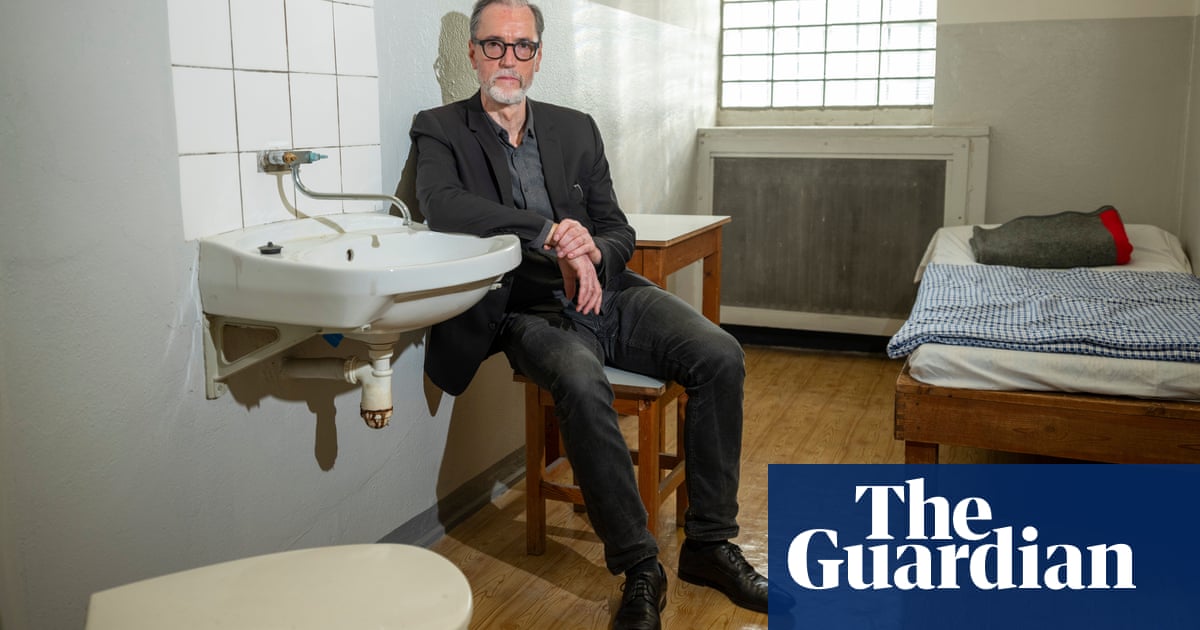 I was three years old when they built the Berlin Wall; my brother Ulrich was seven. My father was a communist, but by the time I was 16 my mother had convinced him that the family should apply for an exit visa from East Germany. The government refused and everything changed for the worse – we were treated as if we had betrayed the cause. I was kicked out of school. I couldn’t do the job I wanted to do. I wasn’t even allowed to do the sport I liked, which was track and field, because I was banned from my club.

Ulrich and I were never close. He started drinking at an early age. He had his first child at 21 and moved in with his girlfriend. I started ballroom dancing, because it was a competitive activity where clubs were private and not run by the authorities. I danced with my younger sister, Uta, and in 1981 we came third in the East German championships. We were told that we could represent the German Democratic Republic (GDR) internationally – if we first withdrew our exit visa request. We refused, so they stopped us from dancing. That was when I decided to escape. I was 22, but felt like I was living in a grave.

I planned to travel to Czechoslovakia, slip into Hungary, then swim the Danube into Austria. But I was caught on the train to Bratislava, then strip-searched and interrogated by the Stasi secret police for almost 40 hours, until I confessed. I was dehumanised and reduced to a number: Prisoner 13-1. I spent 10 months in prison, some of it in solitary confinement, until the West German government paid a ransom of 100,000 deutschmarks [about £75,000 in today’s money] for my release. Ransoms were an important source of currency for the struggling GDR economy. Suddenly I was free and living in Essen, in the Ruhr, with my grandparents. It was the happiest time of my life. I later founded a successful dance school.

My family were eventually permitted to join me in West Germany, but our troubles didn’t end. My father took his own life before he could see the fall of the Berlin Wall. Ulrich drank heavily and died of a brain aneurysm in 1993.

In 2012, as a member of Ulrich’s close family, I was entitled to access his file from the Stasi-Unterlagen-Behörde, the Stasi Records Agency. That was when I learned that he had been a spy. It was like an earthquake: I’d had no suspicions. I told my mother, but she refused to hear it. My sister didn’t want to know either. I wondered if she already knew.

At first, all I knew was that Ulrich had been an inoffizieller Mitarbeiter – an unofficial Stasi collaborator. There were many like him, tens of thousands. Maybe he had signed up but not actually told them anything?

It was only in October last year that I discovered Ulrich had spied on the family. I was able to access previously unseen Stasi documents about my brother. One page was a report of when I met my mother and sister in Prague for the first time after I had left the GDR. They couldn’t come to West Germany, I couldn’t go back to East Germany, but we could all go to Prague. I remember being really frightened to return to the eastern bloc, but I wanted to see my family.

Reading the report, I discovered Ulrich had told the Stasi which trains we were taking, where we all met and when we left. We were all subjected to really tight controls at the border. I was strip-searched, which brought back traumatic memories – all because of my brother.

How much more he told the Stasi I don’t yet know, but I intend to find out. To be betrayed by a family member touches you deeply. It makes me so sad sometimes that I feel exhausted. I have to be careful that I don’t end up succumbing to paranoia, thinking everybody back in the former GDR is a spy.

I would give everything to meet Ulrich again. I would like to ask: “Why did you sign up, and why did you inform on your family?” I would want him to know how much pain it has brought us.

After discovering the documents about Ulrich, I decided to go to university and study German history. A year later, I sold my dance school. As a historian, I’ve visited schools all over the world to talk about the GDR. Today, I work in Cottbus, which was in the GDR, at a human rights centre based in the former prison where I was held captive – my office used to be a cell.

• As told to Malcolm Jack.