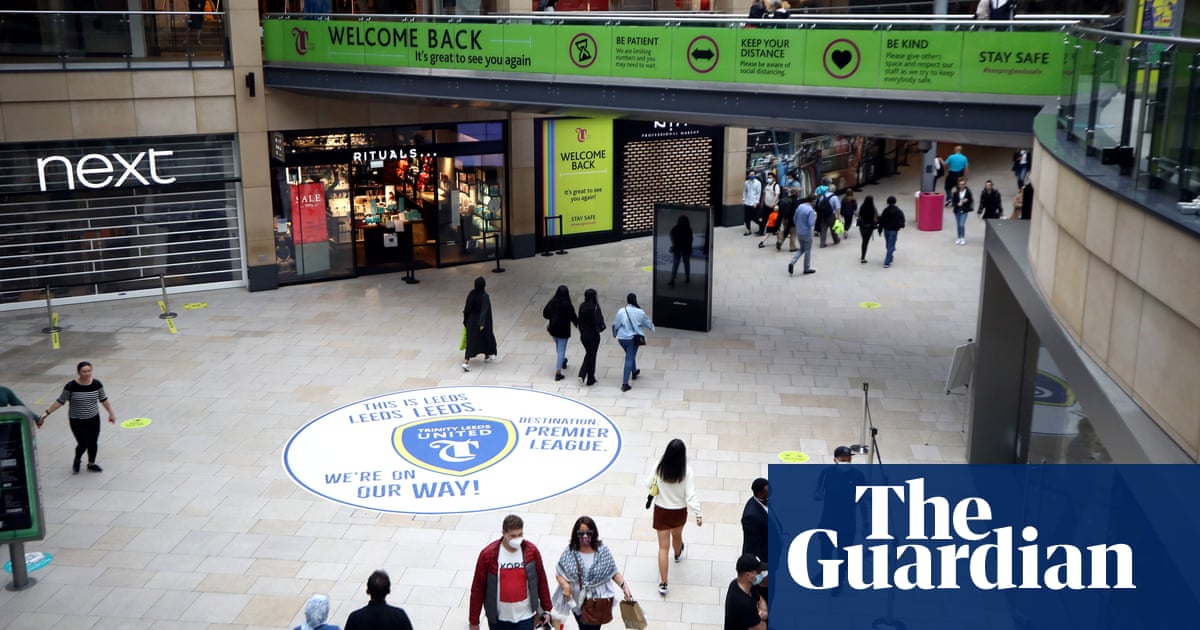 Leeds is poised to be added to the list of areas in England facing stringent coronavirus restrictions on Friday, which would bring to more than 10 million the number of people across the UK having to live with enhanced measures designed to control the spread of infections.

The need for new controls in the West Yorkshire city were discussed at a “gold command” meeting chaired by the health secretary, Matt Hancock, just hours after it emerged that the north-east would be placed under new restrictions.

The constraints are likely to include shutting social venues such as pubs and restaurants at 10pm, and limiting contact between separate households. Infection rates in Leeds remain lower than some other hard-hit cities, but have been increasing rapidly, prompting ministers to act.

A government source said the more precisely targeted “whack-a-mole” method of containing the disease by tackling individual outbreaks was increasingly giving way to a regional approach. “If you look at the numbers, that’s the way the infection is spreading,” they said.

While the government continues to insist it is determined to avoid a second nationwide lockdown, some scientists have called for more draconian action to be taken urgently, including imposing further restrictions on public mixing.

Prof Susan Michie, the director of the Centre for Behaviour Change at University College London, and a member of the Independent Scientific Pandemic Influenza Group on Behaviours, a government advisory group, said that with cases doubling every eight days in England, rapid action was needed.

North-east England lockdown: what are the new Covid restrictions?

“If more restrictions aren’t done very soon then I think we risk being back into the situation where a national lockdown may be necessary,” she said. “Business as usual isn’t an option.”

Ministers are watching infection rates closely to see whether the “rule of six”, which came into effect on Monday and limits the size of social gatherings across England, is helping to slow the spread.

Government sources said there was “a lot of work going on” about what measures could potentially be imposed if it did not appear to be having an effect in a fortnight’s time. They also refused to rule out action being taken earlier.

Appearing before MPs on the House of Commons liaison committee on Thursday, Boris Johnson took a markedly less upbeat tone than in recent weeks, saying: “I don’t think there can have been a government in modern history that has faced such painful dilemmas of having to restrict people’s everyday lives in the way that we are having to do for the sake of protecting the public, protecting more vulnerable people – ultimately, of course, in order to defeat the disease.”

The health minister Edward Argar denied on Thursday that the government was considering a rumoured two-week national lockdown, after a London-based former World Health Organization expert said the coronavirus daily infection rate could be nearing 38,000.

Argar said there was “speculation in the press” that a new lockdown would be necessary to contain a rapid rise in infections, but that the prime minister did not want such tough measures to be reimposed nationally.

The government has said the Covid-19 alert level remains at level three. “We will always keep the transmission rate under review,” Johnson’s spokesman said. “The PM has said we will look at restricting opening hours initially on a local level, Bolton for example … we will keep restrictions under review. We don’t want to bring in new measures which is why we introduced the rule of six and are urging people to abide by it.”

Hancock spelled out the restrictions being imposed in the north-east to the Commons on Thursday, as he faced a barrage of questions from MPs concerned about constituents’ struggles to get coronavirus tests. The rules, which will cover almost 2 million people, come into force at midnight on Thursday. They prohibit residents in seven council areas meeting others outside their support bubbles and include a 10pm curfew on nightlife.

People in the affected areas should only use public transport for essential purposes, such as travelling to school or work, and avoid attending amateur or semi-professional sporting events as spectators. Residents should also only take holidays with people in their own households or support bubbles.

A Guardian analysis shows the number of infections has tripled in the seven affected areas in the past three weeks. The region accounted for 15% of England’s coronavirus cases in the week to 14 September, despite making up only 3% of the population.

Hancock told MPs the infection rate in Sunderland was 103 cases per 100,000 people, nearly four times the England average, and was above 70 in South Tyneside, Gateshead and Newcastle.

“I know, and the whole house knows, that these decisions have a real impact on families, on businesses and communities. I can tell everyone affected that we do not take these decisions lightly,” he said. “We agree with the local councils that we must follow the data and act, and the data says that we must act now so we can control the virus and keep people safe. I know that the people of the north-east will come together to defeat this virus as defeat it we must.”

London is believed by public health experts to be around a fortnight behind the worst-hit cities, and could face tighter rules in the coming weeks.

Ministers considered imposing a lockdown on London in March, but ultimately opted for an England-wide approach.