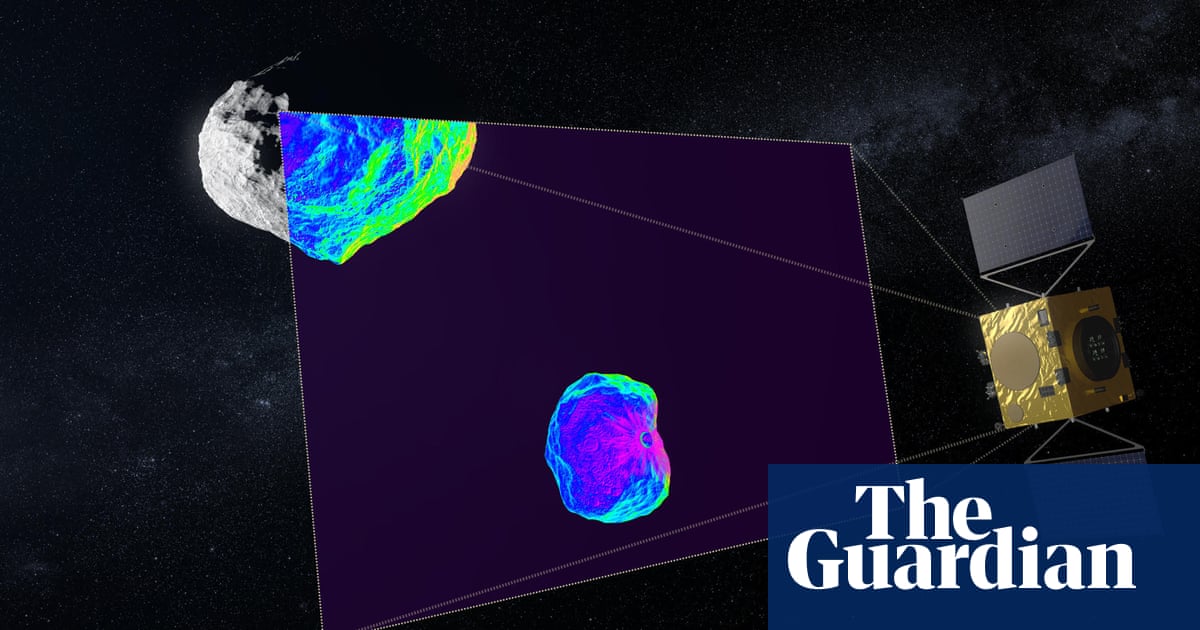 The European Space Agency has awarded a €129m (£118m) contract to the German space company OHB. The deal covers the design, manufacturing and testing of Hera, the ESA’s first planetary defence mission.

Hera is the European contribution to an experiment called the asteroid impact and deflection assessment. The other component is Nasa’s double asteroid redirection test (Dart). Both spacecraft are designed to visit the double asteroid Didymos.

The main asteroid is 780 metres in diameter and is orbited by a small moon, Dimorphos, which is 160 metres across, or about the size of the Great Pyramid of Giza.

Dart will arrive in September 2022. Travelling at high velocity, it will fly headlong into Dimorphos to alter the moon’s orbit by a small amount.

Hera will launch in 2024 and arrive in 2026 to perform at least six months of observations to better understand Didymos and Dimorphos and how the impact has affected the moon.

Hera will operate an automated guidance, navigation and control system, developed by the ESA, which turns the spacecraft into the equivalent of a driverless car. It will also deploy two miniature satellites being developed by other companies, Juventas and the Asteroid Prospection Explorer, to help in its investigation.