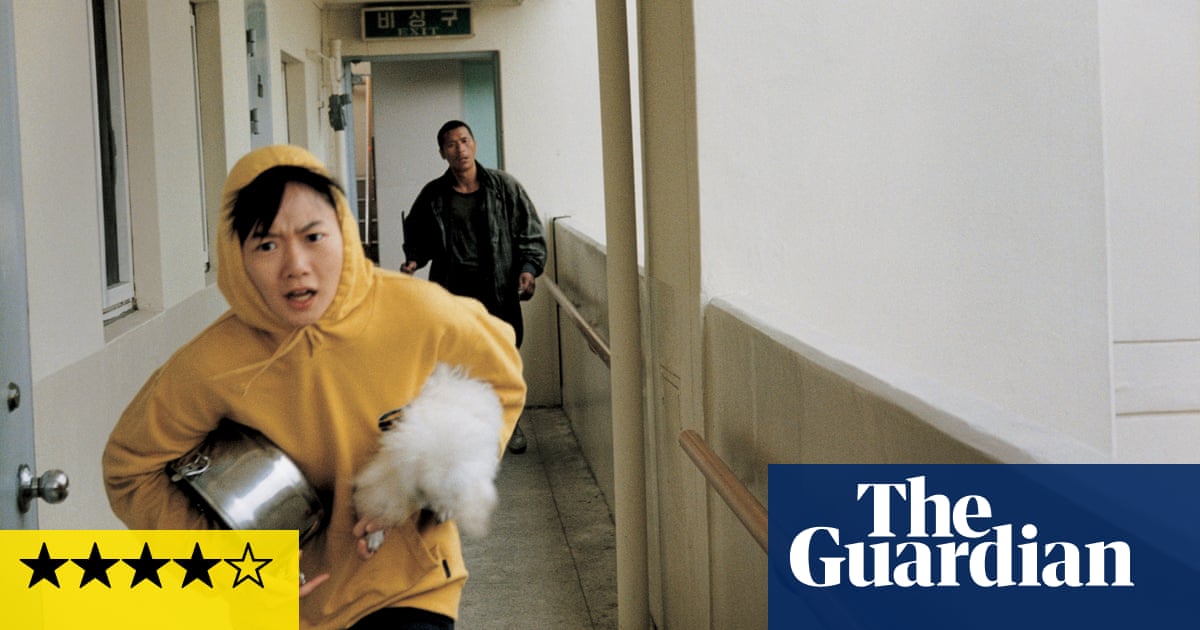 Bong Joon-ho’s black-comic satire Barking Dogs Never Bite has been re-released after 20 years, and in many ways it could be seen as a thematic forerunner to his Oscar-winning hit Parasite, with its vision of strange people and strange secrets in a basement. But it’s entirely distinctive on its own (bizarre) terms: a film about animal cruelty (loosely inspired by the 19th-century children’s novel A Dog of Flanders by Marie Louise de la Ramée, perennially popular in Korea) and it begins with a huge “no animals were harmed” disclaimer. As well it might. The various moments of dog-jeopardy and dog-distress will have you hiding under your seat – and a certain dog rescue scene is like something out of The Shining.

Lee Sung-jae plays Yun-ju, a hapless postgrad student with a pregnant partner. The pair live in a crumbling apartment building whose front doors open outwards – which is to be important in one chase scene. Yun-ju’s worries are compounded when he realises that he is expected to pay a hefty bribe to the elderly faculty professor to get a tenure-track job.

The combination of financial anxiety and disillusionment triggers a mental breakdown and he becomes obsessed with a dog in a neighbouring flat whose incessant barking is driving him mad. He decides he has no choice but to kill the unfortunate animal. In fact, his misdeeds are to involve three dogs and bring him into fateful contact with an administrator called Hyun-nam (Bae Doona) who has to press an official stamp on all “Lost Dog” notices. The movie is by turns wacky, farcical and grimly realist. The dogs might bark, but the ones doing the biting are the humans: the lazy, venal, corrupt, depressed, greedy people who have no one but themselves to blame for living a dog’s life.