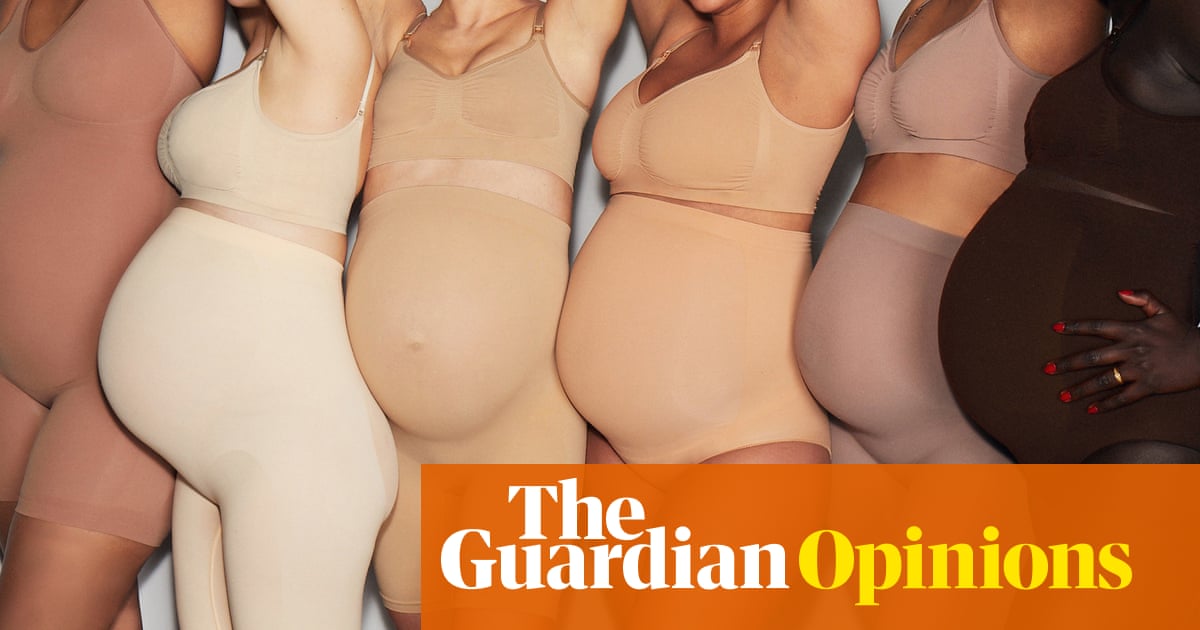 What happened? I thought the pandemic had prompted a collective realisation that uncomfortable clothes are not to be tolerated. I thought we were all going to burn our skinny jeans and emerge from lockdown in loungewear. Alas, it seems that, instead of embracing baggy bliss, some pregnant people are squeezing themselves into the modern equivalent of corsets.

If there is a feminist-adjacent argument online, the odds are high that Kim Kardashian West, Jameela Jamil or Chrissy Teigen will be at the centre of it. This particular incident stars all three. To cut a long and tedious story short, Kardashian West jumped into the growing market for “shapewear” – control pants that squish your squidgy bits – last year. This caused a ruckus when it happened because she named her brand “Kimono”, but, after lots of outrage and free PR, she renamed it Skims. Now the enterprising Kardashian West has come out with a line of Maternity Solutionwear. Jamil, an actor who has built a brand on getting offended by Kardashian shenanigans, immediately started bemoaning the conversation around pregnancy shapewear, noting that she wished we could focus “on the inside of a pregnant body, not the outside”. At which point Teigen, who is expecting a third child, jumped in to say that, actually, pregnancy shapewear isn’t about looking small, but about support and pain relief. Kardashian West then explained: “Skims maternity line is not to slim, but to support.”

This isn’t the first argument that has raged over shapewear. Some people argue that the undergarments are feminist because they empower women; others argue that there is nothing empowering about compressing your organs. Am I a bad feminist if I say that this debate makes me want to throw myself into the sea? Here’s my own Solutionwear: wear whatever you want. There are rather more important things to worry about than the empowerment potential of your undies.

• Arwa Mahdawi is a Guardian columnist