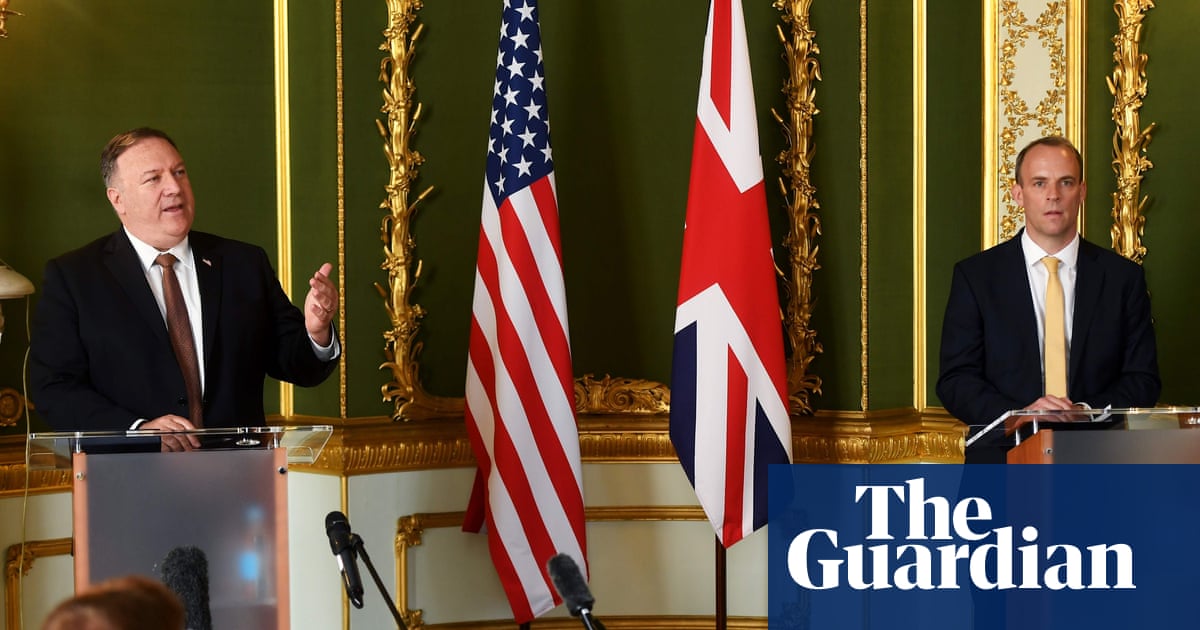 The UK foreign secretary, Dominic Raab, is facing a growing backlash in the US Congress after senior Democrats warned they would scupper any future US-UK trade deal if the UK does anything to jeopardise the Good Friday agreement in an attempt to leave the European Union on its own terms.

Raab flew to Washington to try to repair relations with pro-Irish Democrats, including the House speaker, Nancy Pelosi, and the chairman of the House ways and means committee, Richard Neal. The tide of opinion in Congress is moving fast against the UK after a lobbying campaign by the Irish embassy.

They also say they support Pelosi’s statement that she will not back any free-trade agreement that undermines the broader Irish peace process. The quartet urged Raab “to abandon any or all legally questionable and unfair efforts to flout the Northern Ireland protocol of the withdrawal agreement”.

The letter is signed by Neal, Eliot Engel, the chairman of the foreign affairs committee in Congress, William Keating, the chair of the House subcommittee on European affairs, and Peter King, the only Republican congressman in the quartet. All four represent seats with large Irish populations.

Raab told the New York Times that the government was taking power to alter customs procedures for Northern Ireland if it cannot agree on permanent trading arrangements with the EU. He said it was “a precautionary and defensive and proportionate response to what the EU is doing”.

Neal told the paper he had been given previous assurances by Raab about the Good Friday agreement, but said he had been blindsided about the latest proposed changes in the withdrawal agreement.

Any free-trade treaty requires a two-thirds majority support in Congress so Raab can hardly afford to ignore the opinion of leading Democrats. The row is also a potential precursor of wider problems that Boris Johnson might face if Joe Biden wins the US presidency. Biden has Irish roots, opposed Brexit and despite the close UK-US ties will look askance at any British effort to weaken theEU or the Northern Ireland peace process.

Raab is due to meet Pelosi and Neal on Wednesday after talks with the US secretary of state, Mike Pompeo, that are likely to focus on China and a US claim that it has a legal right to impose a snapback of all UN sanctions against Iran as early as this Friday.

The British position has not been helped by the conflicting government explanations for why the protocol is being changed or the news that the external legal advice commissioned by UK law officers came exclusively from pro-leave barristers.