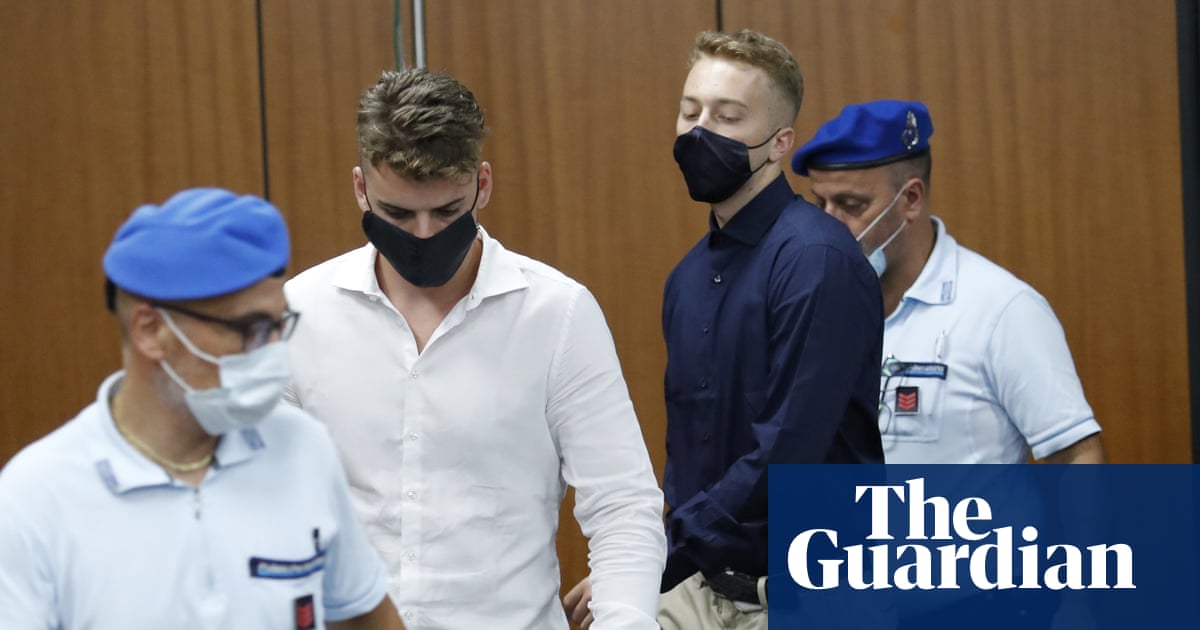 An American student accused of killing an Italian police officer has apologised in a Rome court.

Finnegan Lee Elder, 20, is on trial with his friend, Christian Natale Hjorth, 19, for the fatal stabbing of Mario Cerciello Rega on a street in central Rome in July last year.

Elder referred to the night of the murder as “the worst of my life”.

“I want to apologise to everyone, to Cerciello Rega’s family and to his friends. To the whole world,” he told Rome’s Assise court. “If I could go back and change things I would do it now, but I can’t.”

Cerciello Rega, 35, was killed and his colleague, Andrea Varriale, injured after the officers, both in plain clothes, were confronted by Elder and Hjorth in the Prati district of Rome as they attempted to investigate a bag snatch.

Earlier in the evening, Elder and Hjorth, who were in the Italian capital on holiday, had try to buy cocaine in Trastevere, a popular nightlife area. A middleman took them to a drug dealer, who sold them aspirin instead. In retaliation, they snatched the middleman’s bag, which contained his mobile phone, and fled before demanding a cash ransom and cocaine to return the bag.

The middleman was able to contact the pair after calling his phone, and arranged to meet them in Prati. But he had also contacted the police after reporting the theft, and so the two officers went to the site.

The defendants, both from California, said they mistook the officers for criminals associated with the middleman.

The pair fled the scene and the next day were traced to a hotel, where police found the 18cm (7in) knife that was allegedly used to stab Cerciello Rega 11 times. Elder told police he had brought the knife in a suitcase from the US.

Elder and Hjorth have been in a Rome prison since their arrest and face a life sentence if convicted.

Elder said he had not spoken out before due to “lack of courage”.

“In prison, I’ve had time to reflect,” he added. “I want to say that night was the worst of my life, not because I’m in prison but because I took someone’s life, I took a husband from his wife, I broke a bond between brothers. And I took a son from his mother. I will never be able to forgive myself and I don’t expect the family of Cerciello to forgive me today, that would be difficult, but I hope one day they might be able to.”

Cerciello Rega had only just returned to work from his honeymoon when he was murdered. Hundreds of people, including senior government ministers, attended his funeral.