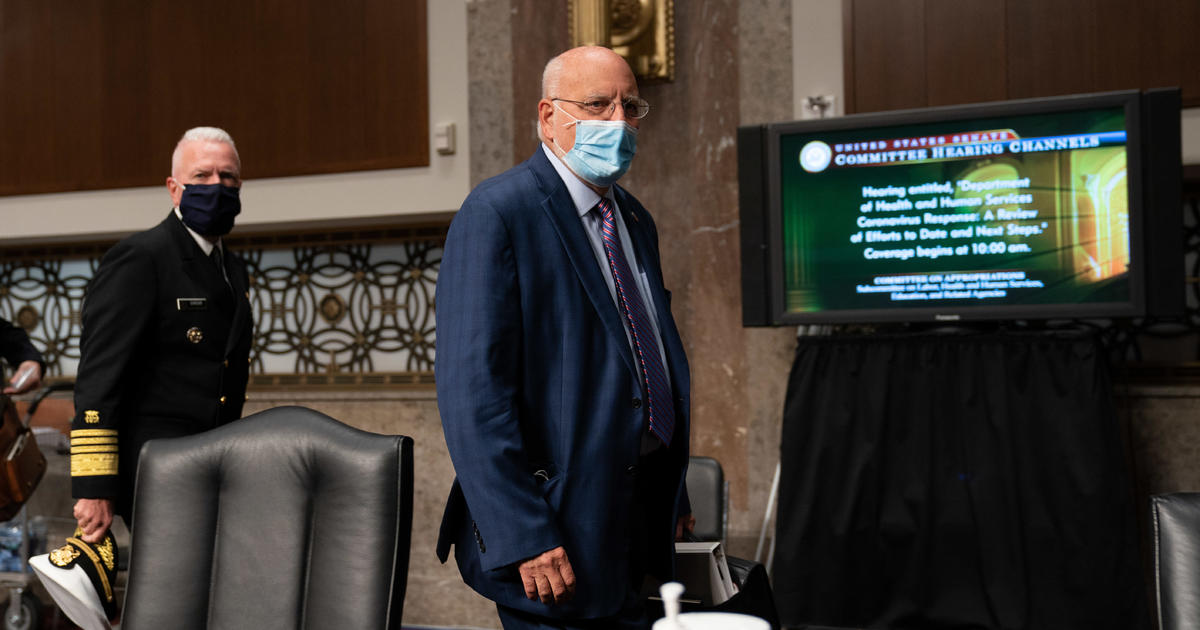 Washington — Top health care officials in the Trump administration said Wednesday they are not aware of a health care plan to replace the Affordable Care Act from the White House, revelations that come as President Trump and his top aides continue to assert a proposal will soon be unveiled.

Testifying before a Senate Appropriations subcommittee on the federal response to the coronavirus crisis, Admiral Brett Giroir, the assistant secretary for health at the Department of Health and Human Services, Dr. Robert Redfield, director of the Centers for Disease Control and Prevention, and Dr. Robert Kadlec, the assistant secretary for preparedness and response, were asked by Senator Dick Durbin, Democrat of Illinois, whether an Obamacare replacement plan exists.

“I’m not involved in the replacement plan,” Giroir told senators. “I don’t know what that is. I supply public health advice as much as I can for whatever that plan would be.”

Kadlec, meanwhile, said a new health care proposal is “not in my portfolio” and he has no awareness of one as he has been busy with other issues. Redfield, too, said a plan is “not in my main lane, but I’m not aware of one.”

The GOP-controlled Senate unsuccessfully attempted to pass legislation in 2017 that repealed and replaced Obamacare, but did eliminate the law’s financial penalty for those who do not purchase health insurance in its tax reform package signed into law in late 2017.

Since then, Mr. Trump has repeatedly promised to roll out a new plan to replace Obamacare, though one has not yet been unveiled. Mr. Trump told Chris Wallace in an interview that aired July 19 he would sign a “full and complete health care plan” within two weeks, and in a town hall hosted by ABC News on Tuesday, the president claimed his alternative to Obamacare is “all ready” and would protect those with pre-existing conditions.

White House chief of staff Mark Meadows told reporters at the White House on Wednesday a proposal from Mr. Trump would be rolled out before the November 3 election.

“He’s right that it is ready. We’ve been making a number of not only tweaks but modifications to that,” Meadows said.

He attributed the delay in its release to a further examination of the plan’s legislative components to determine what can also be done unilaterally due to gridlock on Capitol Hill.

“We’ve had to get very, very creative with executive powers to try to figure out what we can do to substantially affect the health care costs and bring it down through executive action,” Meadows said. “It’s more of an executive action with a legislative component that is more visionary.”