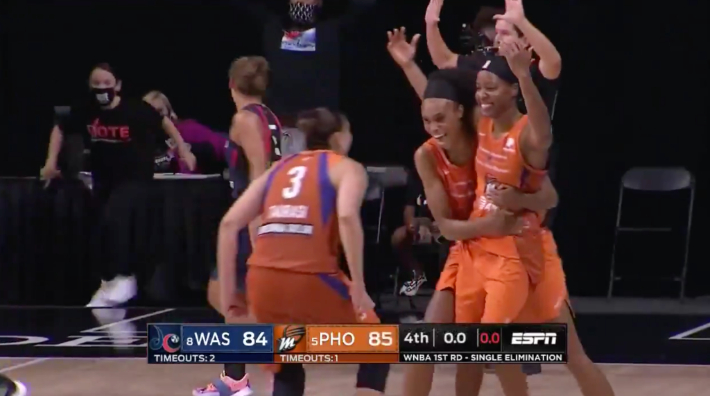 With nine minutes to go on Tuesday evening, Shey Peddy and the Phoenix Mercury appeared to be in deep trouble. The Mercury trailed the Washington Mystics by 12 points and, with the WNBA’s single-elimination format in the first round of the postseason, Phoenix had no margin for error. However, a furious comeback ensued and, in the final seconds, Skylar Diggins-Smith found Peddy in the corner.

From there, Peddy did the rest, calmly knocking down a buzzer-beating three-pointer to win the game by a final score of 85-84.

In addition to the win-or-go-home heroics, Peddy’s shot also carries a bit of extra emphasis, as the 5’9 guard actually spent time with the Mystics earlier this season. She was waived by Washington in August, quickly signing on with the Mercurcy, and it is a wild confluence of events that she was able to knock down a shot to keep her new team alive in the postseason at the expense of her former squad.