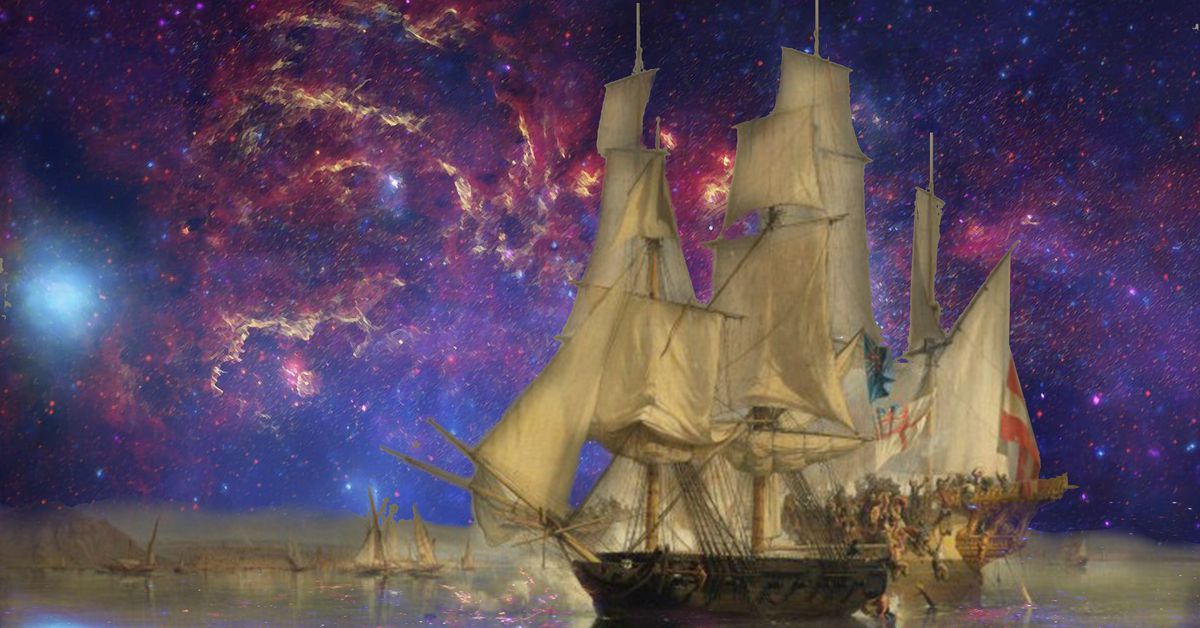 In the first scene of Patrick O’Brian’s Master and Commander, Jack Aubrey meets Stephen Maturin at a concert. The two are destined to become lifelong friends, so naturally they hate one another immediately, and Lt. Aubrey goes home idly contemplating Dr. Maturin’s demise. From such unpromising beginnings emerge one of the most notable pairings in literary history.

The Aubrey-Maturin series is not short of evangelists. It has been turned into a pretty good movie. It would make an incredible television show. The books are action packed, the characters incisively drawn, and the dialogue is incredible. This exchange from the first chapter of Master and Commander, for instance, is seared into my memory:

’Why, the language of Catalonia – of the islands, of the whole of the Mediterranean coast down to Alicante and beyond. Of Barcelona. Of Lerida. All the richest part of the peninsula.’

’You astonish me. I had no notion of it. Another language, sir? But I dare say it is much the same thing – a putain, as they say in French.’

’Oh no, nothing of the kind – not like at all. A far finer language. More learned, more literary. Much nearer the Latin. And by the by, I believe the word is patois, sir, if you will allow me.’

’Patois – just so. Yet I swear the other is a word: I learnt it somewhere,’ said Jack.

In a later book, Aubrey commands HMS Leopard, an obsolete 50-gun ‘tweener that’s neither fit to be called a battleship nor blessed with the sailing qualities of a frigate. The Leopard is carrying prisoners to Australia much to the captain’s annoyance, and as a result is depopulated by gaol fever. Then she meets the Waakzaamheid, a 74-gun Dutch definitely-a-battleship, and the pair embark on a hellish chase through weeks of terrible South Atlantic seas. It’s an action sequence which can stand up to pretty much anything in fiction, invariably mentioned by anyone writing fondly of O’Brian.

But what really strikes me about his work is less what happens in the books, action sequence or not, and more the stratum upon which it’s all built. Two things, I think, distinguish O’Brian: his ferocious erudition and his sense of humor. The former manifests itself in the painstakingly elaborate re-construction of life in the Regency-era Royal Navy.

The series is utterly unrelenting in its willingness to immerse you in its world, which means that you’re going to learn more about, say, rigging than you ever thought plausible. This is a little intimidating, but worth it. O’Brian is so good at world-building that whenever I read him he starts invading my brain: I end up dreaming about rigging and I’m credibly informed my vocabulary changes too.

O’Brian is also very funny. He delights in inflicting animals of various sorts upon Aubrey. Maturin bringing a beehive into the captain’s cabin of the HMS Lively is amusing enough out of context; once you’ve spent a couple of books with these people Jack’s indignation is magnificent. The willingness to peel off into a joke at any moment gives O’Brian’s world a humane varnish, and while the whole edifice can sometimes creak over the demands of sustaining tension through a 20-book series, Master and Commander and its sequels are worth revisiting over and over again. So I do.

My four-year-old son loves these videos, and frankly I wish Crash Course had been around when I was growing up. They do all sorts of shows, diving deep into subjects like chemistry, history, mythology, etc. But his favourite (and mine) are Phil Plait’s series on astronomy.

It’s a little out of date now that Dawn has hit up Ceres and, more importantly, New Horizons has done its flyby of Pluto and Arrokoth, but Dr. Plait does a fantastic job making astronomy accessible to anyone who’s interested. His combination of light-hearted thoroughness plus his sense of the sheer grandeur of his subject makes the episodes extremely watchable.

Plus I’m learning new things! The idea that the molten Earth ‘cooked’ the near side of the moon, causing material to move to the cooler far side, was definitely not around when I was a kid first encountering astronomy, and I don’t think I’d ever heard a good explanation for the presence of spiral arms in galaxies until now either.

Anyway, I embedded the Venus episode in particular because Venus has been in the news recently, and Dr. Plait — who runs the Bad Astronomy Blog at SyFy — is worth reading on it. Basically, astronomers have detected a gas called phosphine in minute amounts in the Venusian atmosphere, and none of the atmospheric models explain how it could have gotten there. One plausible mechanism is biological life. That doesn’t mean we have Found Life On Venus by any means, but what it does mean is that there is a lot of cool science to be done to figure out what’s going on there.

Astronomical mysteries are fun mysteries. I can’t wait to see what we find out.

This is Secret Base Media Club. Every Wednesday, a member of Secret Base staff will talk about what they’re reading and anything else they happen to be enjoying. Feel free to join in the conversation or start your own — books, movies, music, tv shows, sports (hah!) are all fair game.