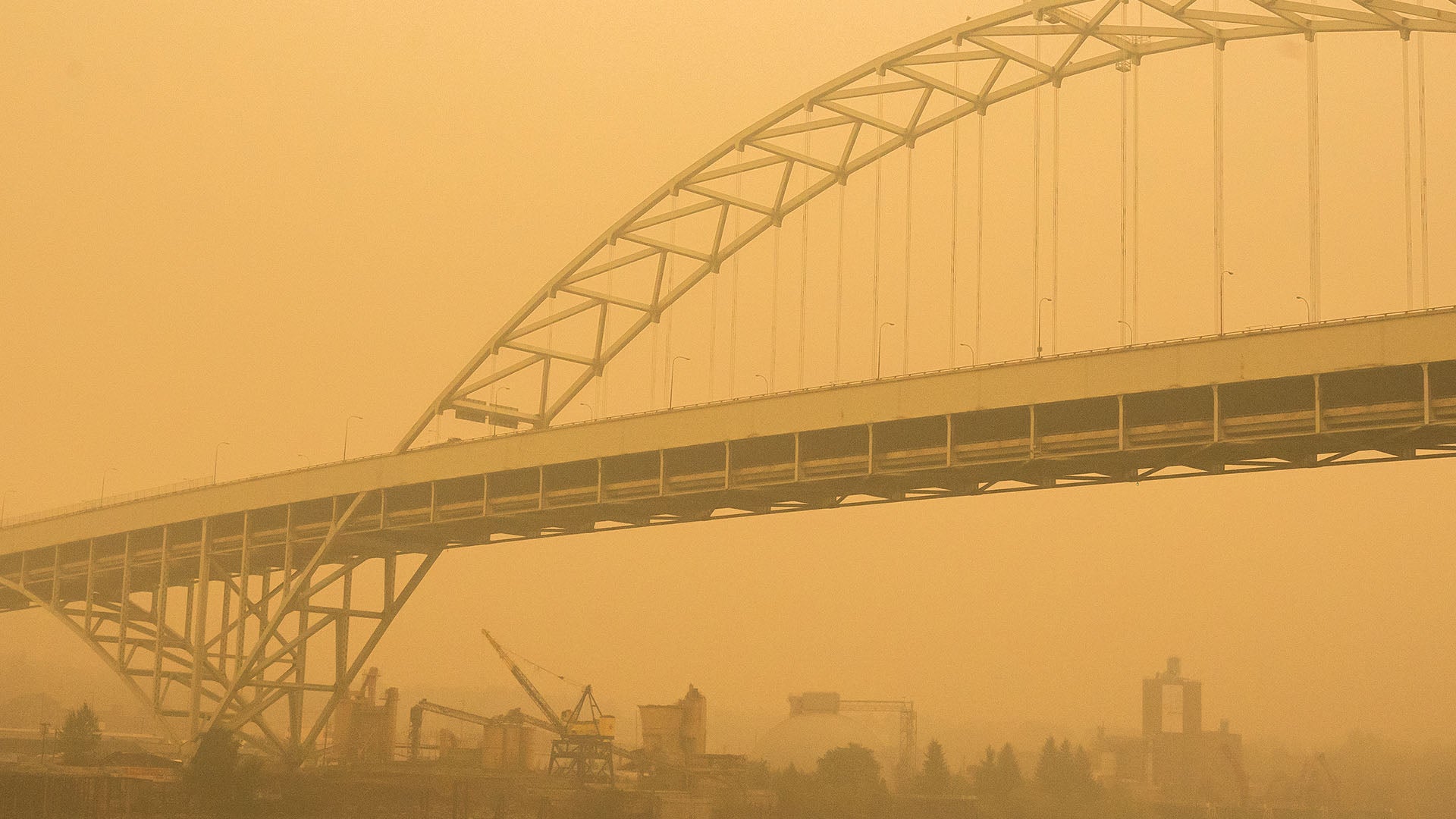 The city of Portland, Oregon, now has the worst air quality on the planet due to wildfires across the West. And some residents are making DIY air purifiers as stores struggle to keep up with demand.

To make one, you’ll need a box fan, a filter of the same size and some masking tape. If you run the fan, the air will circulate through the filter and clean it. Experts say thicker filters will trap more particles.

Alexandria Harrold, who lives in downtown Portland, has made three of the so-called MacGuyver air filters and placed them all around her house.

“It’s made a huge difference,” she told Inside Edition.

“Even the tiniest opening can lead to these particles coming inside and causing damage,” Ronaghi said.

People should also avoid anything that will increase the pollution inside your home, including smoking, burning candles and vacuuming, which throws dust into the air.”

“You want to make sure that you’re not disrupting the air inside, so that if any of these particles have made it inside, they’re not going to start to become airborne for you to inhale them,” Reza said.

Running a humidifier can help clean the air, but if you don’t have one, run a hot, steamy shower or boil a pot of water. Also, check the filter on your heating or air conditioning system to see if it needs to be replaced.

Even if you don’t live near the fires, the smoke may have blown into your town across the United States. You can check the air quality in your neighborhood using a personal air quality monitor. There are also apps that track the nation’s air quality.

Right up there with Portland, the cities of Seattle, San Francisco and Los Angeles are among the worst in the world for air quality due to wildfires raging in the West. Health officials are warning people not to go outside.