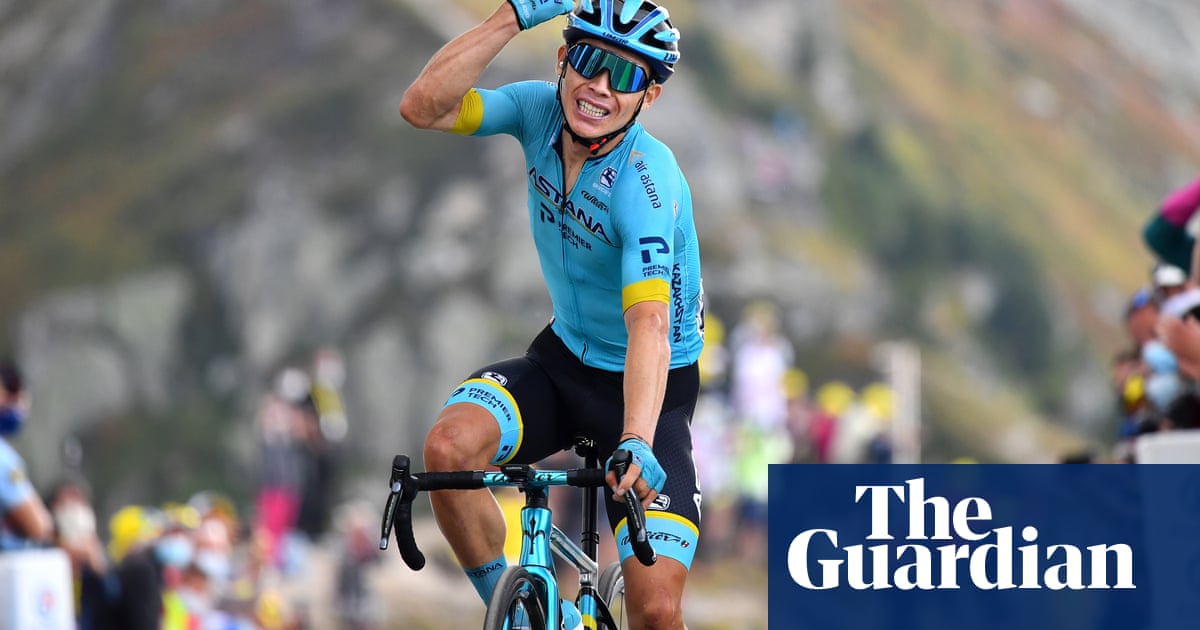 Miguel Angel López won stage 17 of the Tour de France at the summit of the Col de la Loze as Primoz Roglic moved further ahead of Tadej Pogacar in the brutal finale to strengthen his grip on the yellow jersey.

As the gradients at the top of the 21-kilometre climb hit 24%, López was able to ride away from the other contenders for a stage win that moves the Colombian up to third overall. Roglic followed over the line 15 seconds later, with Pogacar losing his wheel in the final metres, conceding 15sec on the road and more in bonuses that extend his deficit in second place to 57sec. López now sits third, 1min 26 sec down, after Rigoberto Urán faded late on.

The 170km stage from Grenoble, featuring two hors catégorie climbs with summits of about 2,000m, would have suited an on-form Egan Bernal, but the day began with news that the defending champion had withdrawn from the race after shipping 18 minutes in two days as a result of a back injury. Instead, the Ineos Grenadiers were again active in the breakaway with Richard Carapaz the final survivor of a break that had featured Julian Alaphilippe, Gorka Izagirre, Dan Martin and Tuesday’s winner, Lennard Kämna, when they hit the Col de la Madeleine midway through the stage.

Carapaz went alone on the final climb, briefly stretching his advantage to around 45 seconds as the contenders weighed each other up, but he was caught with 3km to go as the attacks began in sight of the steepest sections.

López struck out for glory soon after Carapaz had been passed, but all eyes were on the battle between the two Slovenians slugging it out for yellow. Roglic eased his way back to the wheel of his teammate Sepp Kuss and then rode away from Pogacar at the very end.

At the start of the day, Sam Bennett (Deceuninck – Quick-Step) kept himself tight on the wheel of Peter Sagan (Bora-Hansgrohe) and was able to use the intermediate sprint to add two points to his advantage in the green jersey, which now stands at 47 points.

Pogacar led the peloton over the Madeleine and added the king of the mountains polka dot jersey to his best young rider’s white jersey, but his odds of upgrading to yellow before Paris had lengthened significantly by the end of the day.