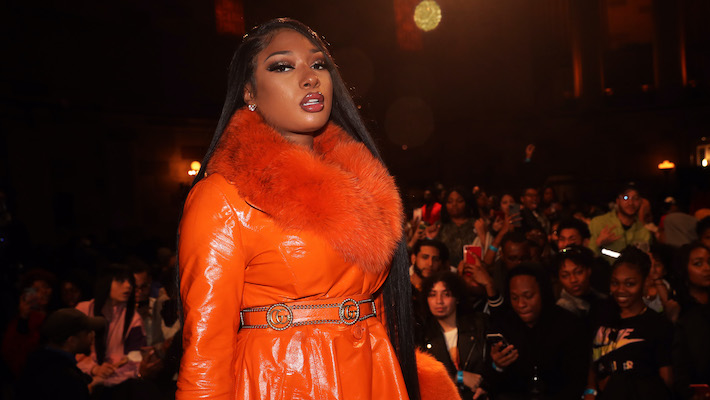 Many hoped things would chill out for Megan Thee Stallion, who last month was involved in a shooting incident with Tory Lanez. However, new rumors started floating around about her past. In an Instagram post, Megan’s ex Karim York alleged details of an abusive past with an unnamed ex-girlfriend. Given that he concluded the caption with the words “P.S. Megan and I are still great friends,” many believed that anonymous woman to be Megan herself. As a result, Megan took to Instagram Live on Monday to clear up the air.

“I just saw some bullsh*t talking about…and I know who it is,” she said on the livestream. “They antagonize me everyday online. They pick with me every goddamn day. They always making up stories about me and now I feel like I have to really start doing something about it.” Megan would then go on to play a recorded phone call between her and York where he denies that his post was about her. On the phone call, York can be heard saying “I am not talking about you,” proving that the rumors were indeed false. “He is not talking about me,” she says. “He is in another argument with some other b*tch.”

Megan went on to deliver a strong message to her viewers. “Stop lying on me,” she said. “That n**** not talking about me. Stop putting n****s on me. Stop making stories up. F*ck y’all because I’m going to hit you with the facts every time you tell a lie.”