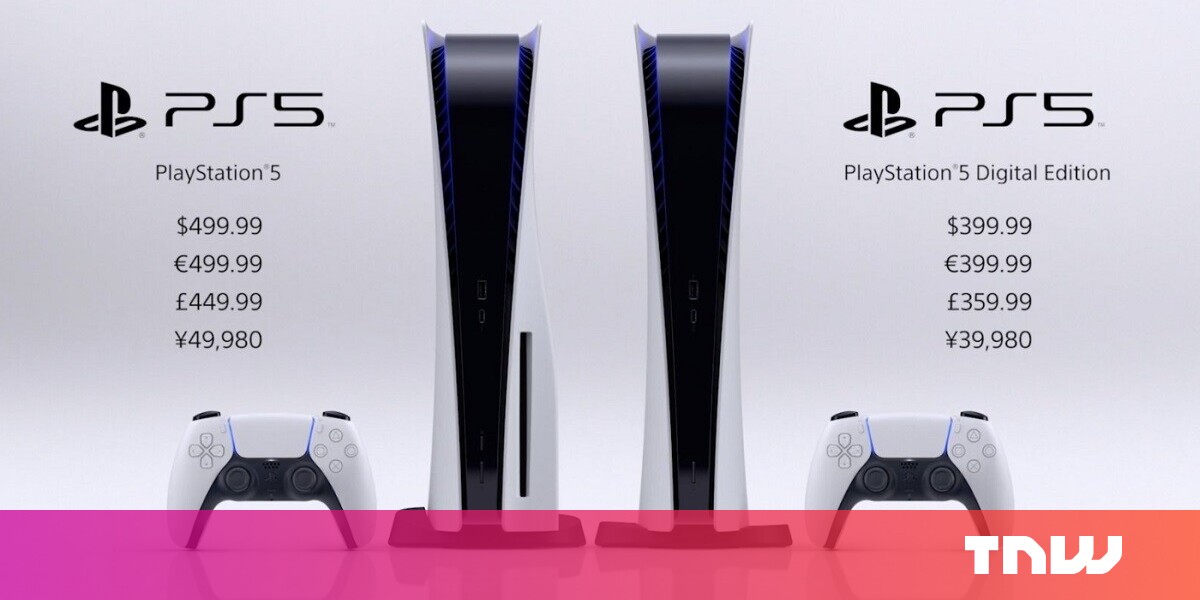 Sony finally, finally announced the price and launch date of the PlayStation 5 and its digital edition. We know the new console will launch on November 12, at least in some markets.

See you in November! pic.twitter.com/CjrQ65rJ5a

To be more specific, the company  revealed — in about three seconds of footage from an hour-long presentation, so thank you for that, Sony — that the company would be launching the PS5 on November 12 in the US, Japan, Canada, Australia, New Zealand, and South Korea. It’ll come to the rest of the world on November 19, with the possible exception of China, as a footnote declares that region is “still under exploration.”

As for prices, the primary PS5 will cost $499. It’s digital edition counterpart will cost $399. One small leg-up it may have on its Xbox counterpart is that it’ll have exclusive launch titles — we learned Spider-Man: Miles Morales and the Demon’s Souls remake will both be available on the console at launch. We also know that PlayStation Plus subscribers will have a special PS5 perk that sounds like an onboarding package: namely, a bundle of PS4 games that can be played on the PS5 at no extra cost. The PlayStation Plus Collection will include the likes of God of War, Uncharted 4, Bloodborne, The Last of Us, and Detroit: Become Human.

For reference, the Xbox Series consoles will be launching November 10. The Xbox Series X, the more powerful of the two, will cost $499, the same as the PS5. The Xbox Series S, the digital-only version with scaled-down tech, costs $299. So now both companies have definitively answered my questions of “When?” and “How much?” And it looks like, as always, the two will be locked firmly in direct competition. Some things never change.

You can register to pre-order the PS5, of which there’ll be limited quantities, here. According to Sony, pre-orders can start as early as tomorrow, but only at “select retailers.”

PS5 pre-orders will be available starting as early as tomorrow at select retailers.

So you like TNW? Then join our upcoming online event, TNW2020, you don’t want to miss it.