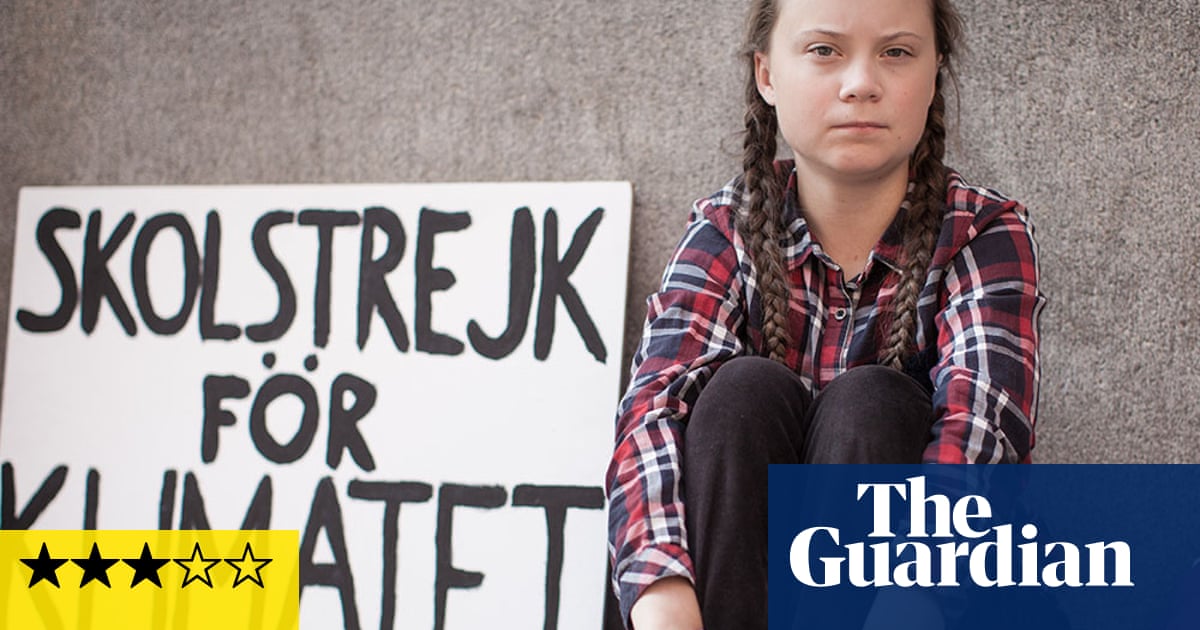 This sleek, slick Hulu documentary about teenage climate activist Greta Thunberg follows her remarkable campaign from the very beginnings to her virtual apotheosis as the world’s ecological conscience when she arrived in New York in 2019 to give a speech to the United Nations after a transatlantic carbon-neutral boat crossing from Europe which was itself an all-but mind-boggling achievement.

But along with the adoration of young people the world over (and I incidentally think not enough is said about her fluency in English) she has had to face an extraordinary amount of condescension and abuse from various mediocrities in the worlds of media and politics, reactionary chumps whose own 16-year-old selves are best forgotten, as indeed are their 60- or 70-year-old selves. It is no satisfaction to note that Vladimir Putin is relatively restrained, compared to the ugly, insecure jeering of Trump and Bolsonaro.

And yet despite being a valuable reminder of Thunberg’s idealism and unselfconscious courage, the film doesn’t entirely work. By its very nature, of course, it has to do something which exasperates Greta Thunberg herself – namely, goes on and on about her personally, and not about the subject of climate change. Film-maker Nathan Grossman seems to have been alongside Thunberg and her father and companion-minder Svante Thunberg almost every step of the way. But the resulting image is carefully curated, perhaps because Grossman is hobbled by his (understandable) reluctance to say anything remotely critical or even off-topic, and give ammunition to the Fox News bullies.

Intriguingly, even bafflingly, Grossman’s film begins by showing Thunberg’s pre-famous self as a high-schooler with her homemade climate strike placard, enduring a lonely vigil outside the Stockholm parliament every Friday with a few grumpy older shoppers coming up and telling her off for not being in school. Here she is: the non-famous nobody, and these scenes lead seamlessly to later moments showing her campaign taking off. So … does this mean Grossman has been prophetically following her career from the very beginning?

The succeeding scenes are intimate and absorbing. Thunberg is remarkably calm despite the pressure she must have been under, and only seems to have buckled a little for that UN speech in which she became breathy and angry. But that’s after strain that would have killed battle-hardened grownups.

And what about her family? There’s a lot about her horses and dogs, something about her Asperger’s condition which she says gives her an ability to “see through the static”. Interesting – is it true? I would have liked to hear from a health professional. What is undoubtedly true is that her condition made her used to being unpopular, which toughened her up for that weekly vigil, after which unpopularity was no longer a problem. There’s a bit about her dad, hardly anything about her mum, the singer Malena Ernman, who represented Sweden in the Eurovision Song Contest in 2009. Solemnly, the film does not mention this fact, clearly nervous of potential mockery and sneering. But for most Thunberg fans, and for anyone who isn’t a pompous idiot, the Eurovision connection just makes us love her more. So what about talking to Thunberg about her mum? Or talking to her mum about Thunberg? And talking more to her dad? They must have been important in making Greta what she is.

As with Malala Yousafzai, the campaigner for young women’s education in Pakistan, there’s a tendency for the media world to fetishise (and patronise) young women in this regard, to feel that they have done enough simply to celebrate the Hollywoodised human-interest story, and then leave them to their endless lifelong world-tour of conferences, debates and honorary university degrees. This film has come out at a moment when the Coronavirus crisis has grounded planes and stalled the economy, leading with a nauseous irony to that yearned-for sudden drop in carbon emissions. But when Covid is over, the climate crisis will return and the thinking must restart. This documentary will have made a modest contribution.