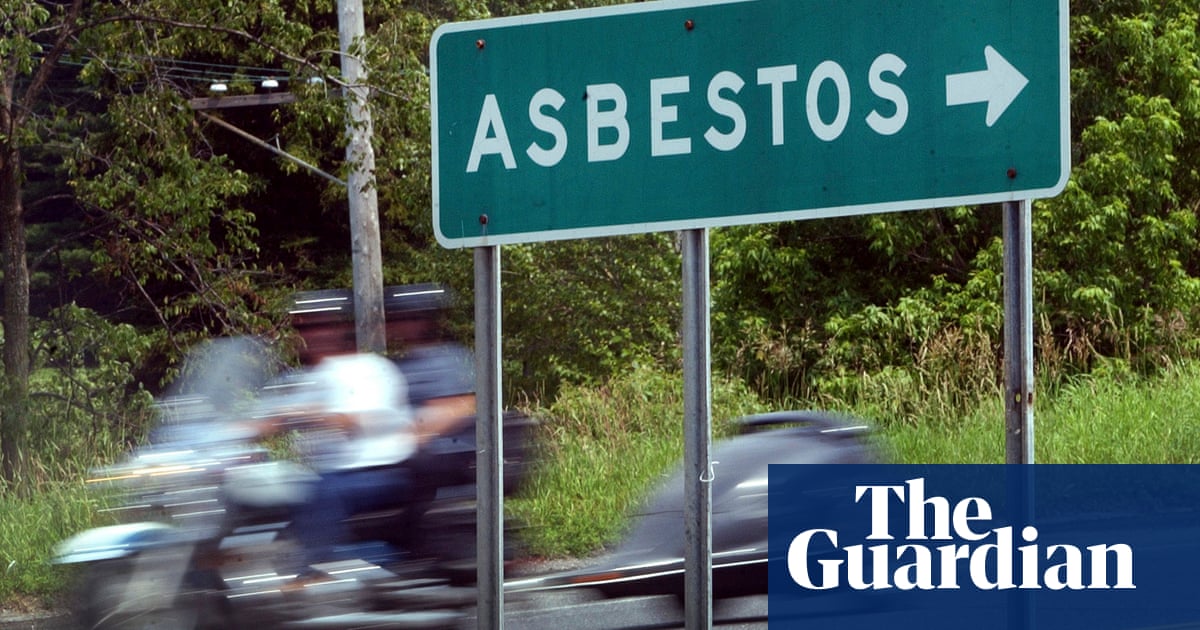 A town in Quebec named after the deadly substance that was for years mined there – asbestos – has narrowed down to four a list of new names as it prepares to adopt a new identity.

The Canadian town’s four finalists, chosen from a list of 1,000 suggestions, include Phénix for the mythical bird reborn from fire (though asbestos exposure is often a concern after major fires). Another option is Apalone, after a species of turtle, or Trois-Lacs (three lakes), after a neighbourhood in the town. The final contender is simply “Jeffrey”, the name of what was until recently the town’s largest asbestos mine, the establishment of which was funded in 1880 by a W H Jeffrey, according to a local history website. Residents aged 14 or over are allowed to vote.

While the name of the cancer-causing substance is amiante in French – the language spoken by most of the town’s residents – Asbestos’ mayor, Hugues Grimard, said last year the name had deterred “several investors over the years”.

Nonetheless, Bloomburg reported the decision to change the name was dividing the town of 7,000 as some of the residents felt attached to the industry that once provided livelihoods.

“I have a small message for my friends in Asbestos,” wrote one person in French. “Any name, but absolutely not Jeffrey.”

“If we replace Asbestos with Jeffrey !!” wrote another in exasperation.

A third pointed out that Jeffrey, being the owner of the asbestos mine, meant the town would not be leaving behind its associations with Asbestos. And besides, they wrote, it was an English name.