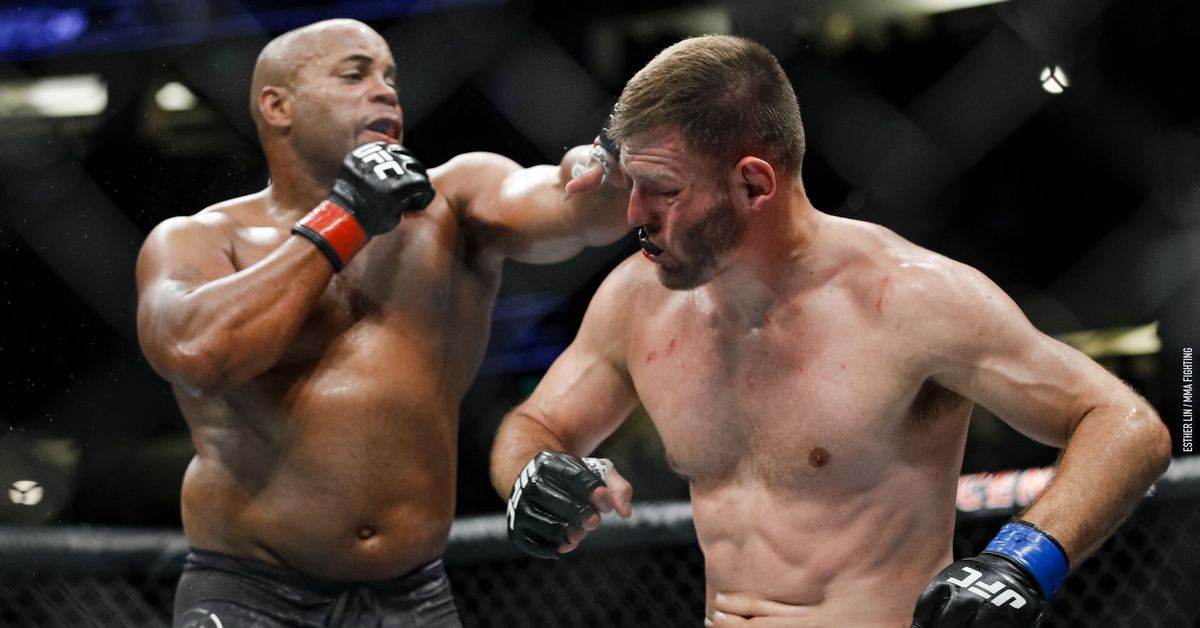 UFC President Dana White was aware that Daniel Cormier had tested positive for COVID-19 prior to a UFC 252 trilogy against Stipe Miocic, but was assured the former two-division champion would make it to the fight.

“I wouldn’t say that I wasn’t worried when [I found] out he had COVID,” White told reporters, including The Mac Life, after DWCS Season 4: Week 7. “I was worried, but the doctors said he’s 100 percent healthy, he’s fine. He’ll get through this, and he’ll be able to continue to train.”

In a report Tuesday from Yahoo! Sports, Cormier said he tested positive for the virus six weeks prior to UFC 253. The result came after a training partner tested positive, prompting his entire team to get tested. Although the initial results were negative, he noticed a bout of fatigue during a sparring session, and a fitness tracker alerted him that he’d dropped off in performance. A retest came back positive.

White indicated that by the time he was alerted to the situation, Cormier was already turning the corner with the virus.

“He had already seen the doctors, and the doctors said he’s going to be fine,” the UFC exec said. “Cruised right throught it, not a problem at all.”

Cormier told ESPN the positive test delayed training for five days, after which he continued to train lightly with teammates at his home gym, taking extra precautions to avoid contact with those outside his immediate circle. He said he spent $5,000 on coronavirus testing and tested positive three times between July 12 and July 22. The first negative test came back July 25, or three weeks before UFC 252.

Despite the bout of illness, Cormier fought valiantly over five rounds, suffering an obvious eye injury he said rendered him blind in his left eye, before losing a unanimous decision to Miocic, who recaptured the heavyweight title in a rematch after losing it via knockout in their first meeting. Afterward, Cormier announced his retirement from the sport.

Now a full-time analyst with ESPN, Cormier credited the tracker, a smart ring called the Oura (with which the UFC recently partnered), for alerting him to the shift in his health.

“This is not an excuse at all,” he said. “Miocic won the fight and he fought beautifully. This is a thank you almost to Oura for allowing me to get to the fight. I might have just kept pushing and not known I had it. But I was able to take care of myself properly and then get back into training and compete for the heavyweight championship of the world. Without the ring, I don’t think that’s possible.”

Miocic, the heavyweight champ with the most title defenses in the promotion’s history, is expected to rematch Francis Ngannou in his next fight. White said he doesn’t have a target date for the bout.