Chevrolet is gearing up to introduce the 2021 Silverado on September 21st, but the company has already confirmed the upcoming model will be offered with a new Multi-Flex tailgate.

Chevrolet didn’t go into specifics, but the tailgate is essentially a renamed version of the MultiPro tailgate that has been offered on GMC Sierra since 2019. As a result, it has six unique positions and configurations.

Besides acting as a traditional tailgate, owners can fold the tailgate down and flip up load stops to keep long items from sliding out of the bed. Owners can also fold the inner gate down to create a small workspace at the back of the truck or a second load tier complete with load stops. Part of the tailgate can also be transformed in a full-width step that improves access to the bed while also supporting up to 375 lbs (170 kg).

Full details will be announced next week, but we can expect a handful of other updates including new trailering tech such as jack-knife alert and a trailer length indicator. The latter feature recently debuted on the 2021 GMC Sierra and it shows a red overlay twice the length of a compatible trailer, on the infotainment system, to highlight vehicles which may interfere with a lane-change maneuver. There could also be enhanced rear side view and cargo bed view features. 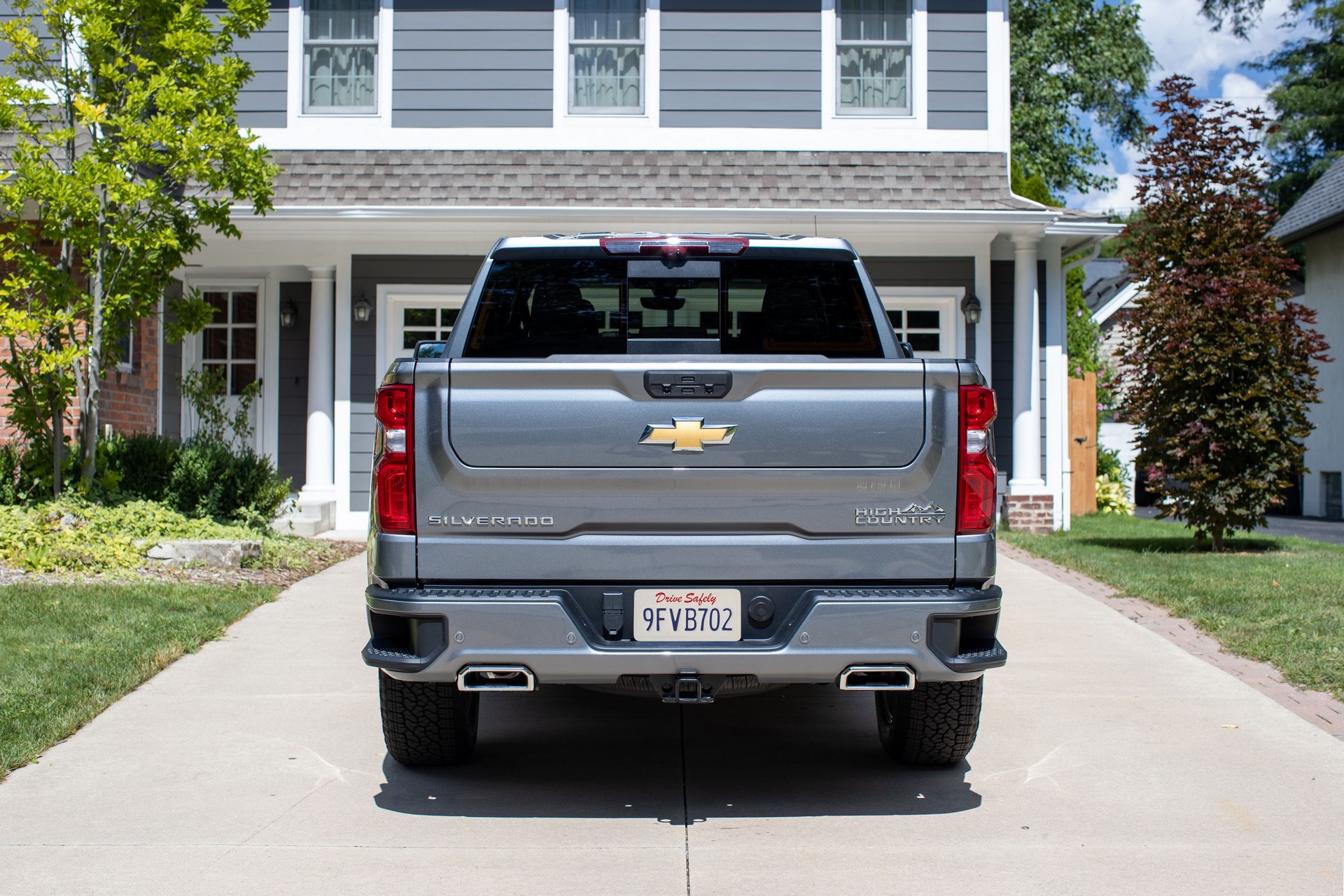