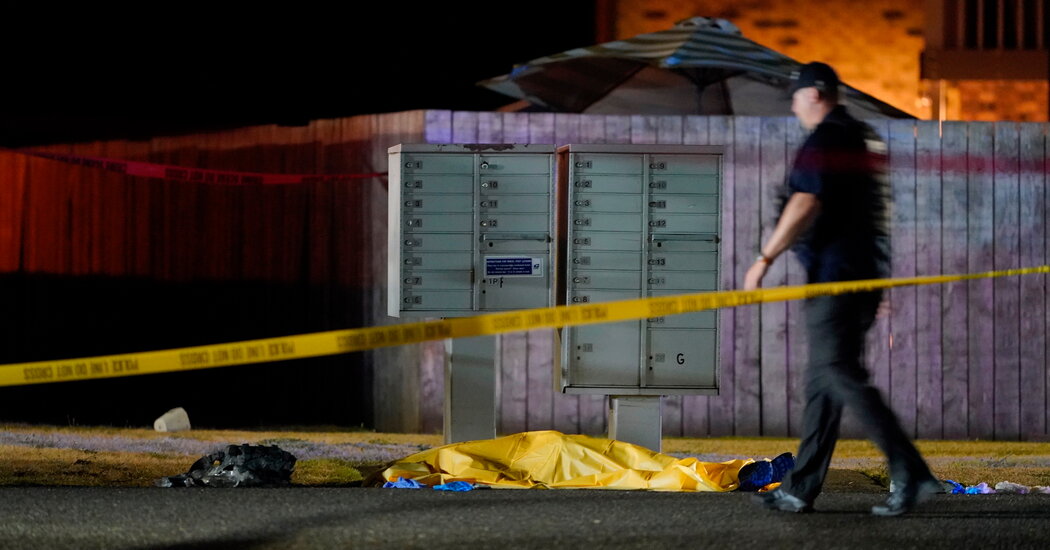 There is still a lot we don’t know about the killing, early this month, of Michael Forest Reinoehl.

Reinoehl, a self-described antifa supporter, was a suspect in the shooting of Aaron J. Danielson, a backer of the far-right group Patriot Prayer, during an August street confrontation in Portland, Ore. Prosecutors charged him with murder. Reinoehl, speaking to Vice News, said he acted in self-defense. There will be no trial to sort out what happened, because the federal marshals sent to arrest him gunned him down.

Federal authorities claimed that Reinoehl had a gun. The Olympian newspaper quoted two witnesses who said Reinoehl fired at the police, but one later said his remarks had been misconstrued and he wasn’t sure if Reinoehl had a weapon. A third witness said that Reinoehl was carrying only a cellphone, and that the marshals started shooting at him without announcing themselves.

Even if Reinoehl’s killing was justified, in a country where the rule of law held, the government would have treated it as regrettable. For Donald Trump’s administration, Reinoehl’s death was cause for celebration.

Calling Reinoehl a “dangerous fugitive, admitted antifa member, and suspected murderer,” Attorney General William P. Barr said in a statement, “The streets of our cities are safer with this violent agitator removed.” Trump, in a Fox News interview on Saturday, said of the killing, “That’s the way it has to be. There has to be retribution when you have crime like this.” (Perhaps needless to say, law enforcement is not permitted to kill suspects in “retribution.”) Trump continued the theme at his Nevada rally Sunday night, saying to cheers, “We sent in the U.S. marshals, it was taken care of in 15 minutes.”

Trump, of course, defended Kyle Rittenhouse, a supporter of his charged with killing two people at a protest last month, and who, like Reinoehl, claimed self-defense. For the president, it’s not Reinoehl’s alleged actions that justify extrajudicial killing. It’s his politics, and those of his victim. Trump and Barr are all but declaring certain Americans beyond the law’s protections.

Inasmuch as antifa is conflated with street-fighting, vandalizing anarchists, it does not garner much mainstream sympathy. This popular understanding of antifa isn’t quite correct; some people associated with the movement mainly focus on researching and exposing members of the far right. (I once met a middle-aged woman, the granddaughter of Holocaust survivors, who described herself as “antifa C.I.A.” for the volunteer work she did tracking right-wing extremists for an antifa-aligned organization called the One People’s Project.) Still, there’s obviously overlap between antifa and violent and destructive elements on the far left.

You don’t have to like antifa, however, to believe its adherents deserve basic civil liberties, or to see how egregiously those civil liberties are being violated.

In a recent whistle-blower complaint, Brian Murphy, a high-level official in the Department of Homeland Security’s Office of Intelligence and Analysis, described political pressure to play down the threat of white supremacist terrorism and exaggerate the danger posed by leftists. Murphy reported multiple orders to “modify intelligence assessments to ensure they matched up with the public comments by President Trump on the subject of antifa and ‘anarchist’ groups.”

If Murphy, a conservative Republican, is telling the truth, political appointees at D.H.S. are trying to twist evidence to target Trump’s political enemies.

Now, Murphy is a problematic figure, and he’s given the administration openings to discredit him. This summer, he was reassigned after revelations that his office created intelligence dossiers on journalists covering protests in Portland. In August, Adam Schiff, the California Democrat who heads the House Intelligence Committee, said that Murphy might have provided “incomplete and potentially misleading information to committee staff” about D.H.S.’s Portland activities.

Murphy clashed with many of his colleagues at the department, including some who’ve since come out against Trump. Elizabeth Neumann, a former high-level counterterrorism official at D.H.S., has, like Murphy, accused the administration of minimizing the threat of white supremacist terrorism. But she described Murphy as a bully with “credibility challenges.”

Still, Neumann, who left D.H.S. in April, said Murphy’s account of internal demands to overhype the antifa menace rang true. Citing public leaks from the agency, she said, “D.H.S. as a whole was focused more on antifa because of the president’s rhetoric, not because the threat itself demanded it.”

If it’s the official posture of the government that the antifa movement constitutes a major security threat, that will influence how individual agents behave. Trump has repeatedly sent American law enforcement the message that members of antifa are terrorists who should be treated with extreme violence, and that protests against racial injustice and his administration are dominated by antifa.

There are many ways the presidential election could go sideways, leading to mass demonstrations over ballot counting. In the same Fox News interview in which he gloated over Reinoehl’s death, Trump was asked what he would do if his opponents “riot” on election night.

“We’ll put them down very quickly,” he said. All those who’ve demonstrated against this president should know that what’s done to antifa today can be done to them tomorrow.