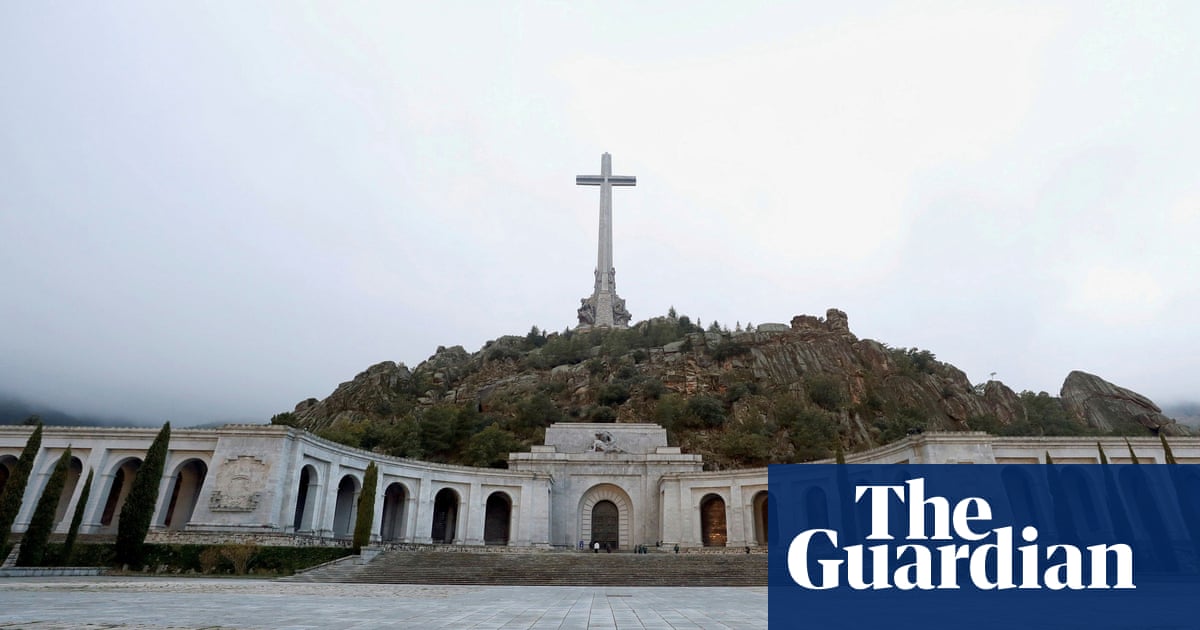 The Spanish government has unveiled plans to turn the site of General Franco’s former mausoleum into a civil cemetery and ban organisations that glorify the dictator’s legacy as part of its efforts to help the country come to terms with its past.

Almost a year after Franco was exhumed from the hulking structure, the government unveiled on Tuesday a draft of its “Democratic Memory Law”, which is designed to build on the measures passed by another Socialist administration in 2007.

The bill, which has been approved by the cabinet but has yet to go before parliament, contains dozens of measures aimed at recognising the victims of the civil war and subsequent dictatorship, and ensuring that the horrors of the time are not forgotten or repeated.

Calvo said the draft legislation was intended to focus on victims, justice and human rights, and to help educate Spain’s children about their country’s past.

Under its provisions, the Valley of the Fallen, which housed Franco’s remains until last October, will be turned into a civil cemetery where only the remains of those who died as a result of the civil war will be allowed to lie.

It also stipulates that any remains afforded a “pre-eminent place” in the mausoleum – in other words, those of José Antonio Primo de Rivera, the founder of the Falangist party – will be relocated as Franco’s were.

The site, surmounted by a 150-metre-high cross, is also a mass grave containing the bodies of more than 30,000 people from both sides of the war.

A census will be made of all the victims of the civil war and the dictatorship and the state will take responsibility for locating the remains of the disappeared and creating a national DNA bank to assist the process.

About 100,000 victims of the civil war are thought to lie in the unmarked graves where they were buried during the conflict.

The bill will also seek to outlaw associations that celebrate Franco and his reign, such as the Francisco Franco National Foundation, which was set up less than a year after the dictator’s death in 1975 to promote study and awareness of his “life, thought, legacy and works”.

Calvo said: “We cannot allow associations to exist in our country that use public resources to glorify totalitarian ideas and dictatorial figures, including Franco.”

The Franco Foundation has suggested it may relocate and take its archive abroad if its outlawed. “If necessary, we will go to a free country,” its head said in an interview on Tuesday.

Spain’s prime minister, Pedro Sánchez, said the state should be responsible for matters of memory, justice and reparation.

“Today, we’re taking another step towards recognising the victims of the civil war and the dictatorship,” he said in a tweet. “Today, we’re closing up the wounds a bit more and we can look back over the past with greater dignity.”

Earlier on Tuesday, Pablo Iglesias, the Podemos leader who serves as one of Spain’s four deputy prime ministers, had said that descendants of the International Brigade volunteers who fought Franco’s rebellion would be entitled to Spanish citizenship to show the country’s gratitude for their ancestors’ sacrifices.

But a government spokeswoman later said the offer referred to previous legislation affording International Brigade volunteers themselves citizenship and that it was not open to their descendants.