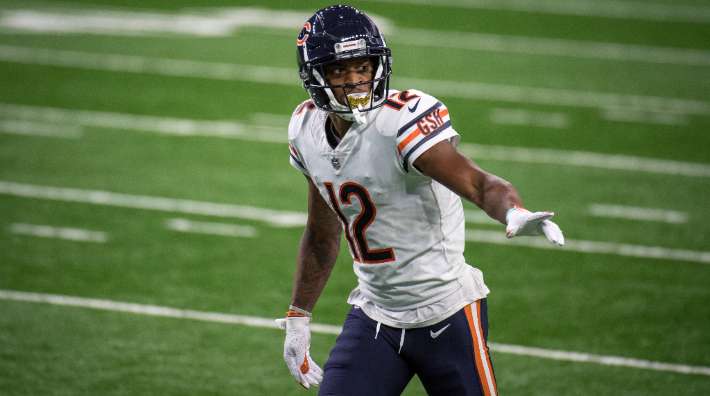 We’re one week into the NFL season, and after one game, a prominent player has apparently asked for a trade. According to Brad Biggs of the Chicago Tribune, Bears wide receiver Allen Robinson — who is in the midst of contract talks with the team — has requested that the franchise sends him elsewhere.

Robinson is in the final year of his contract, and negotiations have occurred between 27-year-old pass catcher and the franchise. But on Tuesday — two days after Chicago won its Week 1 tilt against the Detroit Lions and he caught five balls for 74 yards — something seemed amiss when Robinson removed all mentions of the Bears from his social media accounts.

Soon after, Biggs bought word that Robinson “has asked about a possible trade” from the team, which he joined during the 2018 offseason as a free agent following four years in Jacksonville.

How far apart the sides are in negotiations on a new contract is unknown, but it’s highly unlikely Robinson would inquire about the possibility of being traded if they were anywhere near an agreement.

Robinson is in the final year of a three-year, $42 million contract, and typically the Bears have been able to complete extensions for their top players before they begin a contract year. Despite that precedent for avoiding in-season negotiations, general manager Ryan Pace said last week he wasn’t opposed to continuing to work toward a deal.

The team’s top receiver and a Pro Bowl selection back in 2015, Robinson caught a career-high 98 balls for 1,147 yards and seven touchdowns last season. Some of his teammates have been campaigning for the Bears to pay the star receiver on Twitter in light of his frustration.