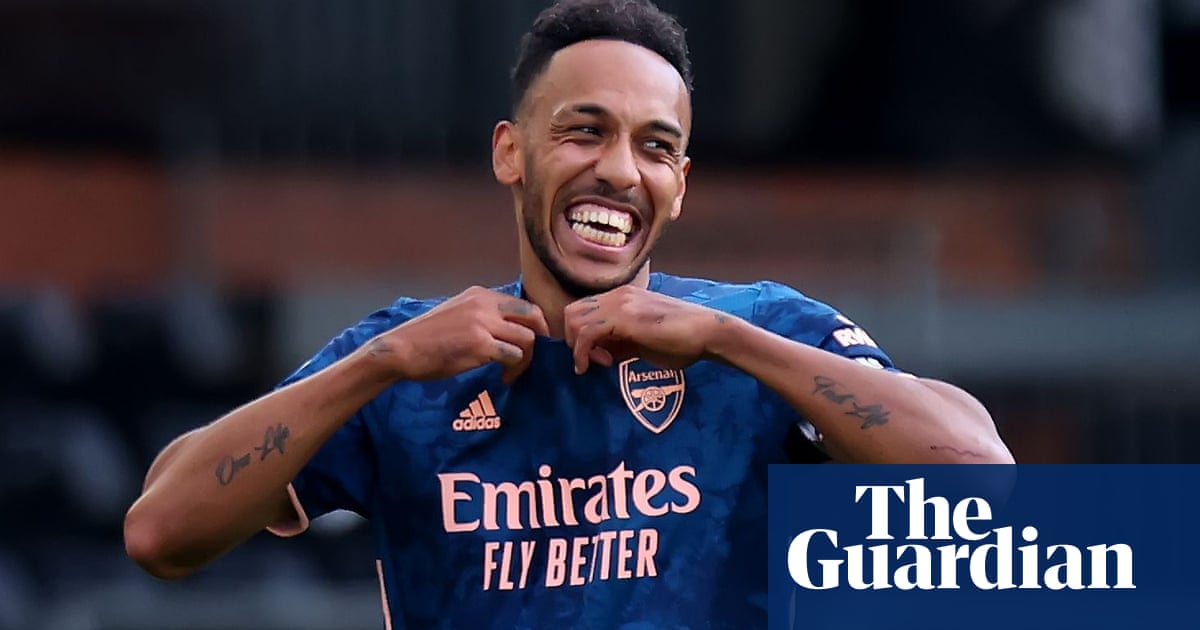 Pierre-Emerick Aubameyang has signed a new three-year contract at Arsenal, ending any lingering doubts about his future and ensuring that Mikel Arteta retains the most important player in his squad.

The club captain’s commitment to a new deal had been an open secret for several weeks but Tuesday’s announcement means any potential saga is put to bed. Last week Arteta said supporters could feel “pretty relaxed” about the outcome of negotiations, which intensified after Arsenal’s FA Cup win on 1 August. Aubameyang, who rejected interest from elsewhere in order to remain with Arsenal, will receive a significant pay rise on top of his previous £200,000-a-week deal and could become the club’s highest earner.

Aubameyang turned 31 in June but a player characterised by speed and dynamism has shown no signs of slowing up. He has arguably been the best striker in the Premier League since arriving from Borussia Dortmund in January 2018, scoring 72 times in 111 appearances across all competitions. Two of those came in the FA Cup final against Chelsea and Aubameyang had also scored both goals in the semi-final victory over Manchester City. In an often torrid two years for Arsenal his blistering form has been a constant and Arteta will now aim to build a side around his talisman.

Arteta’s predecessor, Unai Emery, gave Aubameyang the Arsenal captaincy last November after Granit Xhaka was stripped of the armband. However, doubts persisted over the Gabon international’s appetite for a longer-term stay. He would have been out of contract in 2021 and Arsenal’s continued absence from the Champions League was feared to be a major factor in the thinking of a player admired throughout Europe’s top clubs. But he has looked noticeably more at ease since Arteta’s arrival and the securing of his future goes down as another triumph for the manager, who has already been instrumental in persuading Bukayo Saka to sign a new contract and in landing Willian.

Arteta will look to use this as a springboard to strengthen further but Arsenal need money to come in before major signings, such as Atlético Madrid’s Thomas Partey or Houssem Aouar of Lyon, can be made. They expect to sell the goalkeeper Emiliano Martínez to Aston Villa for £20m, with the player agreeing terms and completing a medical on Sunday. That transfer has been held up by minor issues at the Arsenal end but is expected to go through this week.

The midfielder Lucas Torreira could join Torino or Fiorentina on loan and Sead Kolasinac, also out of favour, would be allowed to leave if the right offer came in. Kolasinac held talks with Arteta recently, in which he was told he will have to displace Kieran Tierney to regain his position in the team, but intends to fight for his place unless things change before the closure of the transfer window.