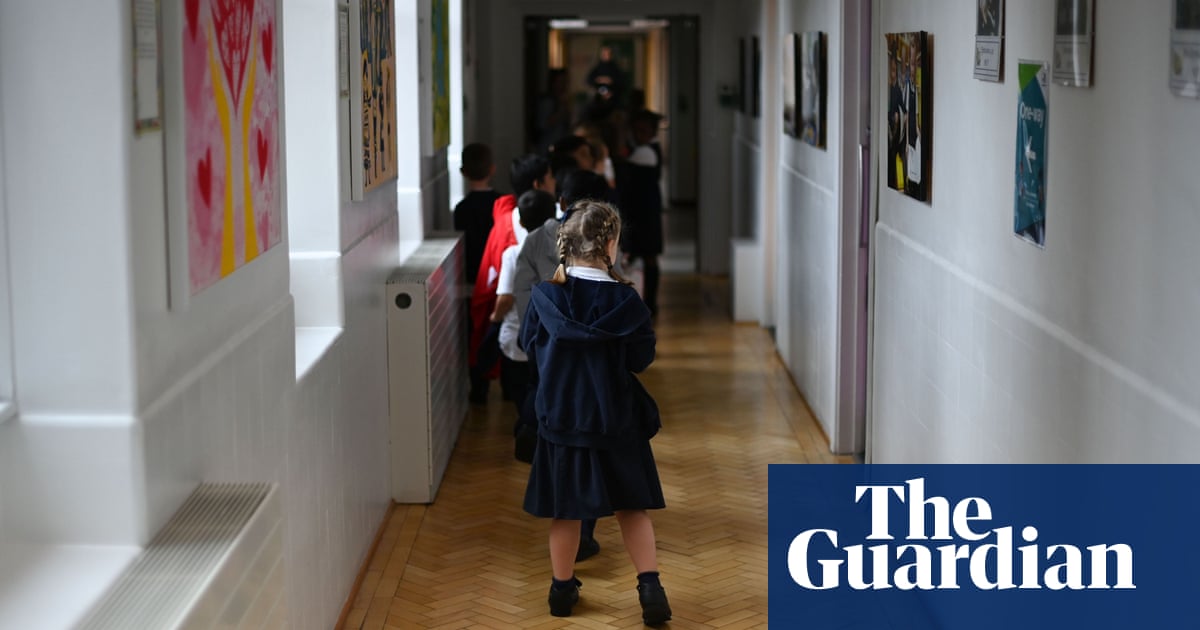 More than one in nine state school pupils was absent last week as schools across England reopened, according to Department for Education figures.

Only an estimated 88% of pupils from reception classes upwards were recorded as present last Thursday, with the remainder described by the DfE’s analysis as “absent for Covid-19 and non-Covid-19 related reasons”.

In autumn last year official statistics show that 95% of pupils on school rolls were present. Based on the DfE’s estimates, that suggests about 400,000 more children than usual were not at school at the end of last week. The DfE’s estimates were compiled on a different basis to its usual attendance data.

The DfE did not provide a detailed breakdown of why pupils were absent. But prior to schools returning, a number of surveys suggested some parents remained anxious. Responses collected this month by Parentkind, formerly PTA UK, found that 26% of parents did not want their children to return.

While 99.9% of schools were classed as open by the DfE, only 92% were counted as “fully open” – meaning that 8% were not able to provide face-to-face teaching for all pupils or where more than 10% of pupils had been asked to self-isolate.

“Responses indicate that, for most schools that reported they were not fully open, this was due to non-Covid-19 related reasons,” the DfE’s analysis said.

The new figures were based on a weekly survey of schools across England. The response rate was 73% but the DfE adjusted the data to account for non-responses.

Gavin Williamson, the education secretary, said: “The best place for children and young people to learn is in the classroom, and it’s encouraging to see that last week more than 7 million pupils were back with their classmates and teachers at schools around the country.

“I do not underestimate the work staff have done to put in place the protective measures required to reduce the risk of transmission. But as the UK’s chief medical officers have already made clear, the risk of catching coronavirus at school is low, meaning that the wider risks to children being out of school is, in fact, far greater.”

But the figures came as headteachers this week reported increasing difficulty in obtaining Covid testing for staff, forcing many to self-isolate until they could obtain a negative result.

Other schools reported having to send hundreds of pupils home, including entire year groups, because of staff or students testing positive.

In Taunton, Somerset, Parkfield primary school asked its year 6 pupils to stay home after a pupil tested positive, while the town’s Bishop Fox’s secondary school had 415 pupils self-isolating for 14 days, including all of year 7 and year 11, after a Covid-19 case there.

In Wiltshire, the Royal Wootton Bassett academy sent nearly 300 pupils home on Tuesday after a case was discovered.

Patrick Roach, general secretary of the NASUWT teaching union, has written to Williamson warning him of “the urgent need for stronger protections to be introduced to ensure the Covid-secure working practices that the government has promised.”

A NASUWT poll of 900 teachers found that just one in four said the safety measures put in place by their schools were effective.

Roach said the government would be held liable for breach of duty of care or personal injury as a result of its failure “to provide robust guidance and measures nationally”.

“For the avoidance of doubt, the NASUWT is and remains committed to ensuring that schools remain open safely,” Roach told Williamson in his letter.